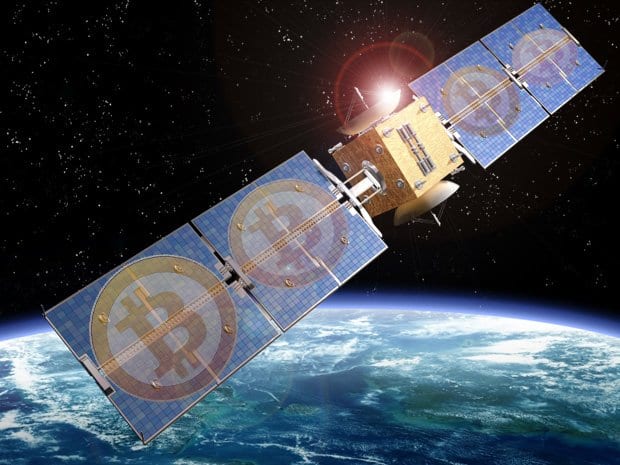 The past week marked 62 years since humanity first sent stuff outside Earth in the form of the Sputnik satellite and launched the Space Age. Since those times we’ve developed quite a bit – and Bitcoin is a culmination of this increasing development.

Despite being a relatively young invention, Bitcoin has already shown itself far more durable than the Soviet Union’s space ball. While Sputnik fell from its orbit after three months, Bitcoin has endured and grown for over a decade despite price fluctuations. This autumn Bitcoin has returned to the upper atmosphere around $8 000 dollars for some oxygen, but soon its tanks should be fueled for new space voyages.

Instead of delving deeper into Cold War nostalgia or Bitcoin’s price, we will let our technical analyst do the latter. This week we will focus on many other interesting things, such as decentralising the music industry with blockchain and Ikea’s digital money experiment. In additional news have the increasing troubles of Facebook’s Libra, while another giant Apple has announced it will not create its own cryptocurrency.

Several founding members of Facebook’s cryptocurrency project Libra have begun wavering over their support, as reported by Bloomberg. According to Bloomberg’s sources Visa, Mastercard and Stripe are unsure whether to officially sign an union with Libra. PayPal in turn has already declared pulling its support from the project.

Bloomberg reports that these payment giants regard Facebook to have exaggerated how positively politicians and decisionmakers would react to Libra. The companies are also worried about the earlier way Facebook has handled its users’ private information.

The Libra Association responsible for developing Facebook’s cryptocurrency has asked its founding members to declare their support for the project later this month. So far companies have only announced a non-binding interest to explore the potential of the Libra project.

Apple will not create its own digital currency

Apple has no intention of creating its own digital currency like Facebook, reports the company’s CEO Tim Cook. When asked about the possibility in an interview with French magazine Les Echos, the CEO made his stance on the matter clear.

“No. I truly think currency should remain in the hands of the state. I’m not comfortable with the idea that a private entity can create a modern currency.” Cook stated.

It is not known if Apple’s decision to not follow in Facebook’s trail may have been influenced by the regulatory problems Libra has faced, or if the company had made up its mind already before these events. In either case, there is no digital currency to be expected from Apple.

Cook’s response can also be taken as a criticism of Bitcoin, which was created by an anonymous entity under the pseudonym Satoshi Nakamoto. One of Bitcoin’s fundaments is to correct the flaws of an inflationary economy controlled by states and central banks. Whether the CEO is comfortable with the idea or not, it seems private entities can indeed create decentralised modern currencies challenging the old systems.

Music is protected with blockchain

Grammy-awarded artist Imogen Heap intends to create a blockchain-based system to protect the rights of musicians and songwriters. Heap spoke of her plans in the MyData conference in Helsinki, Finland.

The project titled Mycelia aims to store song-related copyright information and contracts in a blockchain, from which anyone could go check them. Spotify, YouTube and other services could use the unchangeable information stored in the blockchain to ensure the songs are used with the same conditions in different services.

“Musicians would no longer have to write the same things in hundreds of places. Once the information is updated in Creative passport it is visible for all and certainly correct,” Heap told.

Imogen Heap was first inspired by the potential of blockchain already some five years ago, and has since tried to yield the technology to improve the music industry.

“An attacker can claim to open a channel but either not pay to the peer, or not pay the full amount,” Lightning developer Rusty Russell wrote in a full disclosure report.

The Lightning Network is a second-layer payment system built on Bitcoin. The project has the potential to multiply Bitcoin’s transaction speeds with several magnitudes. The network is still in development and finding and fixing such bugs is part of the progress. The earlier bug has no effect on Bitcoin’s own network.

According to new statistic by Coinmetrics, Bitcoin’s transaction fees have been surpassed by Ethereum for the first time. One reason behind this is speculated to be the increased use of Tether.

As the biggest cryptocurrency, Bitcoin has dominated the markets both with its price and transaction fees. However, during the past weeks Ethereum’s average transaction fees have risen above Bitcoin. The first crossing took place on the 21st of September, when an average Bitcoin transaction fee was roughly $0.39 dollars.

Bitcoin’s trading volumes have also decreased since the price drop in June. Analysts nonetheless believe the situation will remain temporary and Bitcoin’s transaction fees will in due time return to higher levels.

Iceland’s Ikea has taken part in one of the world’s first experiments using smart contracts and licensed digital money. Digital money was used in a commercial transaction via Ethereum to pay an order from Ikea by local retailer Nordic Store.

According to Monerium and Tradeshift, the successful transaction shows that a government-regulated programmable digital money is ready for mainstream markets.

Cryptocurrency enthusiast who has several years of experience about using cryptocurrencies and writing about them.
PrevPreviousWhy bitcoin is one of the best investments in the world today and why technical analysis works (simply explained)
NextCoinmotion launches new unique services – Weekly news 41/2019Next
Sign up