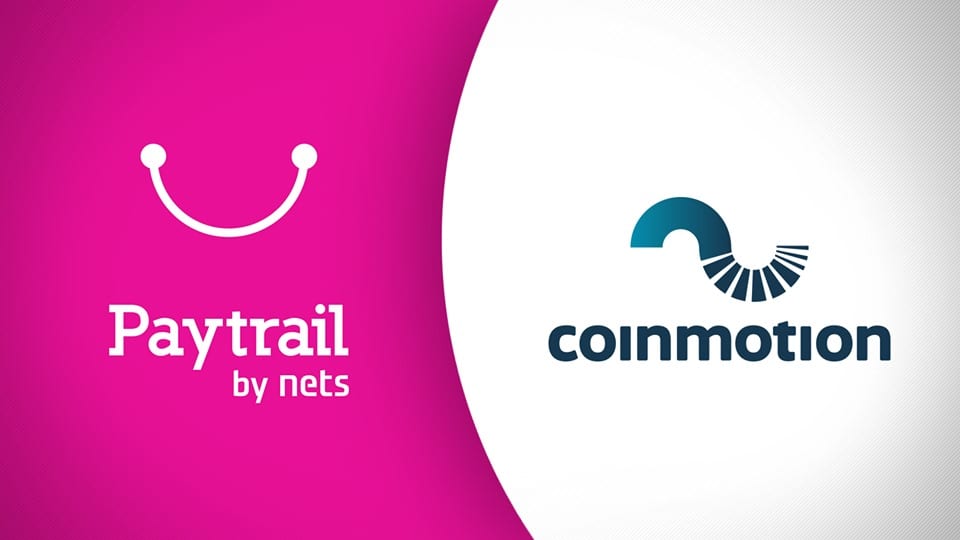 Hello there and happy fall, fellow coiners! It’s been a rather busy week at the office, since we’ve been working on a bunch of new services to improve your user experience on our main platform Coinmotion. And improved we have indeed.

After receiving a payment institution license as one of the few cryptocurrency companies in Europe and registering under the Finnish Financial Supervisory Authority, Prasos has been able to provide and develop a whole set of new services. Now we have already launched a few features which other European companies do not have, including instant euro transfers between customers. While the new services are at first only available for Finnish users, we intend to also implement them for our international customer base.

This week we will take a glimpse at these new services among other things. Additionally we will address some important international news. UNICEF has set up a cryptocurrency fund, Germany advocates a digitalized euro and Facebook’s Libra has met further trouble. Bitcoin in turn shows strength above $8 000 dollars and seems to have found firm ground for growth after being mauled by earlier bear markets.

Finland’s largest crypto platform Coinmotion has published two new features for its customers – immediate money transfers from any national bank and euro transfers between users. While the new features are at first only available for Finnish users, they are planned to be made available for international customers in the future as well.

Last week Coinmotion launched the Paytrail feature, whereby Finnish customers can instantly transfer funds from any Finnish bank to the platform. The transfers are free of charge and as safe as any other bank transfer. The same applies to euro transfers between Coinmotion users.

Coinmotion is right now the only European cryptocurrency company able to offer such services due to its payment institution license. The license also enables Coinmotion to expand and improve its services in the future without fear of regulatory scrutiny.

The support around Facebook’s Libra cryptocurrency continues to fade. Visa, Mastercard, eBay, Stripe and Mercado Pago have followed PayPal’s example and withdrawn their support from the Libra Association governing the project. As of now, only 23 of the 28 original supporters remain.

All the companies having left the project have said they may reconsider participation later, provided that Libra succeeds and overcomes its obstacles. Facebook has announced their intent to publish Libra by 2020, but different adversities may delay the launch much further.

The Libra Association in charge of Facebook’s crypto project is scheduled to have its first official meeting next week. The objective for the meeting is to officially sign documents among the remaining members.

”A digital euro would be good for European economic centers and their integration with global financial systems. We should not leave this sector only in the hands of China, Russia, USA or private parties,” Scholz stated.

According to Scholz the euro zone and European Union could benefit from a digital euro in many ways. Electronic money would be faster to send and could decrease different transaction costs, thus enhancing the economic system.

However, Scholz does not regard systems like Facebook’s Libra as useful. Instead he agrees with other decision-makers that the right to govern currencies should remain in the hands of states and banks, not private companies like Facebook.

“If any transactions are identified as being related to bitcoin or other virtual currencies, Alipay immediately stops the relevant payment services,” Alipay informed on Twitter.

Alipay has been used among others by crypto exchange giant Binance. Customers were earlier able to use Alipay to buy crypto with fiat currencies, but are now restricted to only use crypto for peer-to-peer transfers.

China has been known to exhibit its anti-crypto stance already for years. This most likely stems from a fear of cryptocurrencies threatening the power of central banks. China’s central bank earlier announced intentions to create their own digital currency, but according to the latest information these plans have not advanced so far.

According to Europol’s latest IOCTA (Internet Organized Crime Threat Assessment) Bitcoin remains the most popular cryptocurrency among criminals, despite being poorly suited for illegal activities. Monero and other privacy-focused cryptocurrencies have found wider use, but so far they have not surpassed Bitcoin.

Europol’s report states that Bitcoin’s popularity among cyber criminals stems from very much the same reasons as its general dominance. Bitcoin is by far the most known and used cryptocurrency, and its infrastructure is also light-years ahead of all others.

“Bitcoin remains the most frequently used currency, believed to be a consequence of familiarity within the customer base,” Europol’s report says.

Even though Bitcoin is the most common crypto, its use by criminals is likely to decrease. Bitcoin’s blockchain is open and public, whereby it is very easy to trace criminal Bitcoin users. In case criminals learn more about the technical qualities of cryptocurrencies, Bitcoin’s popularity will probably decline.

Bitcoin’s legal use is also far more encompassing than its use for crime. Cryptocurrencies in general form only a small fraction of all criminal transfers, as most of them are executed with traditional fiat currencies such as euros and dollars.

The United Nations International Children’s Emergency Fund (UNICEF) has launched a cryptocurrency fund to accept, store and use donations in the form of cryptocurrencies. In their announcement UNICEF stated they want to fund open source technology to children and young people around the world.

The first cryptocurrency donation to UNICEF will come from the Ethereum Foundation, having pledged 100 ether worth roughly $18 000 dollars to the fund. The donation will be used to finance a project connecting schools across the world to the internet.

“This is a new and exciting venture for us. If digital economies and currencies have the potential to shape the lives of coming generations, it is important that we explore the opportunities they offer,” said Henrietta Fore, executive director at UNICEF.

The announcement makes the children’s agency the first UN organization to use cryptocurrency transactions in their operations. The launch of the UNICEF Cryptocurrency Fund is part of UNICEF’s ongoing work with blockchain technology.

Cryptocurrency enthusiast who has several years of experience about using cryptocurrencies and writing about them.
PrevPreviousBitcoin flies better than Sputnik – Weekly news 40/2019
NextIs bitcoin going to die (again)?Next
Sign up