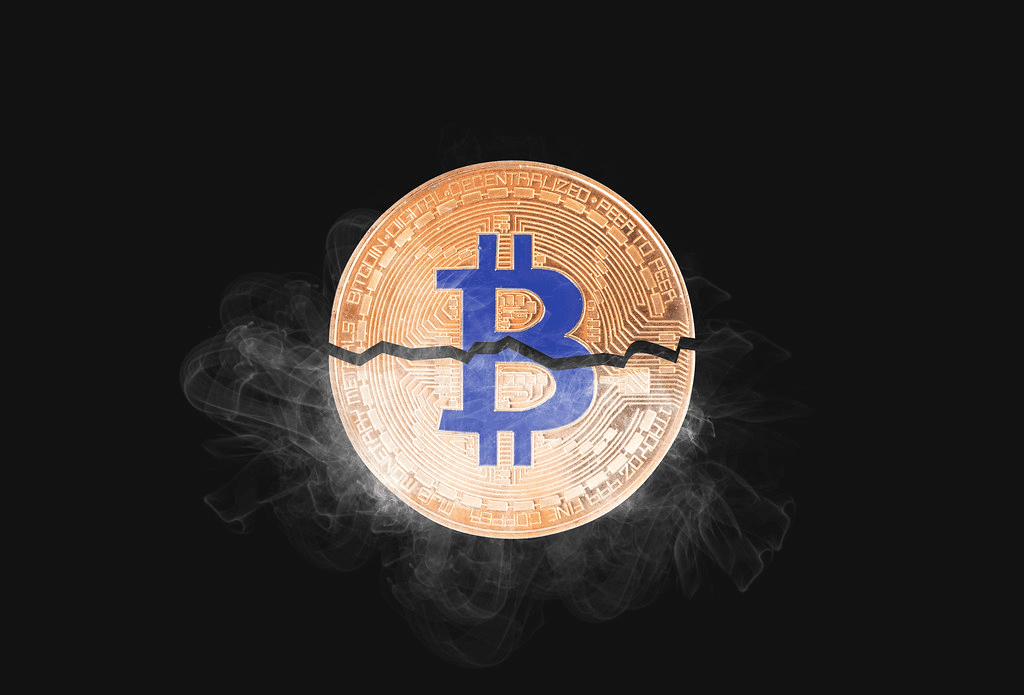 Spring blossoms and Bitcoin grows again while Dragon Ball memes celebrate the price reaching over $9000. Despite all the uncertainty caused by the corona crisis and market turmoil, one thing remains certain – Bitcoin’s block reward halving next week.

This week we will tell more about the upcoming halving, which will make bitcoin an ever scarcer asset than gold. We have also published a larger article about the halving’s effect on the markets. Additionally we will talk about Bitcoin’s recent price rise and record-breaking hash power securing the network.

Among other news we have the explosive growth of female crypto investors and the ever-entertaining John McAfee, who this time claims to know the identity of Satoshi Nakamoto with 99% certainty.

The halving has a significant effect on Bitcoin’s supply, as the amount of new coins flowing on the markets will be cut in half. Right now there are 12.5 bitcoins born for each block mined. After the halving this number will decrease to 6.25 bitcoins per block.

The halving which takes place roughly between four years is regarded as one of the most important events for Bitcoin. It is an inbuilt mechanism in Bitcoin’s protocol intended to prevent inflation. Historically these events have led to notable price rise, and the upcoming halving may very well repeat this pattern.

Bitcoin is a safe haven after all

Bitcoin has long been regarded a gold-like digital safe haven, meaning a store of value surviving crises. However,  this claim was cast into doubt by the temporary price crash in March. Now bitcoin has again risen like a rocket and seems to strengthen its position as a safe haven amidst crises.

In March the price of bitcoin and many other cryptocurrencies plummeted up to 50% within a single day, correlating with a wider market crash instated by the corona pandemic. Thereafter the market panic has subsided and crypto prices have again been rising for the past weeks.

While the financial crisis caused by the corona pandemic has also struck the crypto industry, these effects seem to have only been temporary. With macroeconomic views in mind, many analysts believe bitcoin will continue to perform successfully in the upcoming months in relation to other currencies and assets.

“The price of Bitcoin increased 0.60% from the end of February to the end of April amidst one of the most catastrophic economic events in history. A store of value,” tweeted Travis Kling, CIO of crypto hedge fund Ikigai.

In March the hash rate temporarily crashed as a result of bitcoin’s plummeting price and fleeing miners. Consequently the hash rate dropped over 40% in two weeks. However, the past six weeks have seen the hash rate continue climbing over 90%.

Experts estimate the growth is driven both by bitcoin’s price rise and old mining equipment soon to be outdated. Johnson Xu, head of research and analytics at TokenInsight, believes a large amount of older generation miners will eventually be shut down soon after the halving.

“The bitcoin halving will result in the network in short term chaos, however, once the difficulty adjustment kicks in and self-adjust to an equilibrium state, we will see the bitcoin network back to a stable position quickly,” Xu predicted.

In an unusual exception the Bitcoin network has witnessed 16 blocks created in roughly an hour. Of these blocks four were created in the span of just 46 seconds on last week’s Friday.

Under normal conditions around six blocks are mined per hour in the Bitcoin network, meaning an average of one block every 10 minutes. However, the exact pace can vary heavily and depends on the current mining difficulty level. The difficulty level is adjusted automatically between every 2 016 blocks or roughly two weeks.

The exceptionally fast pace of new blocks may indicate that bitcoin’s current difficulty level is too low and mining new blocks too easy. On the other hand it may just be a coincidence explained by variation.

“Four blocks in less than a minute doesn’t feel natural, but it’s most likely only variance,” commented Canadian bitcoin developer Étienne Larrivée, who was the first to notice the exceptional blocks.

A new study by CoinMarketCap reports that the amount of women owning crypto has risen explosively during the first quarter of 2020. The growth has been particularly strong in Europe and the Americas.

According to the study, the number of female cryptocurrency users grew 43.24% during the first quarter of the year. In comparison the last quarter of 2019 saw a growth of only 15.5%.

The first place is taken by Greece in Europe with a whopping growth of 163.67% among female users. In the Americas Argentina leads with a growth of 98.23%. Of Asian countries only Indonesia reported a growth of 88.92%. In Africa the registered growth has been lower and remains at 17.99%.

The numbers eman that both Europe and America have seen an average growth exceeding 50 percent. With Bitcoin’s halving and increasing interest this trend may continue to grow further.

John McAfee, an antivirus mogul having gained a sort of legendary status in crypto circles, has again made the headlines. This time McAfee claims to know the identity of Bitcoin’s original developer Satoshi Nakamoto with almost certainty – but he won’t reveal it.

McAfee presented his claims at a conference after posing in front of a camera with his AK-47 assault rifle. He asserts that Satoshi’s identity is easy to figure out by examining the writing style of Bitcoin’s original publication paper and comparing it to other published writings. McAfee lists British English and a double space after sentences as examples of revealing traits. According to McAfee’s analysis only one person stands out with 99% certainty.

McAfee, however, refuses to reveal Satoshi’s identity despite having considered doing so earlier. He argues that revealing Satoshi’s identity would set the individual in great danger, regardless of whether or not the person really is Satoshi. McAfee mentions hostile thieves and tax authorities among these dangers.

“But if you want to know, figure it out yourself, it’s easy.“ McAfee concludes provocatively.

Cryptocurrency enthusiast who has several years of experience about using cryptocurrencies and writing about them.
PrevPreviousBitcoin has a good setup for a strong rally
NextUTXO Age Distribution and Bitcoin Re-AccumulationNext
Sign up