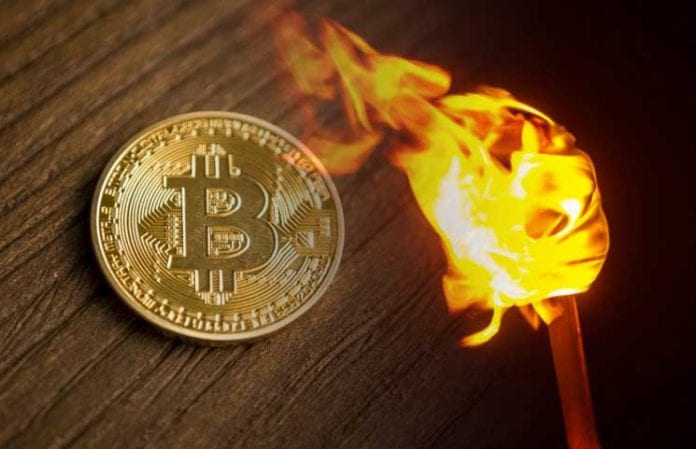 Summer is here again and rockets fly taking astronauts to space and cryptocurrencies to the Moon. On Tuesday Bitcoin once again rose above $10 000 dollars, only to soon after dive back to four-digit numbers. It feels like that magical ten grand has now been visited roughly 10 000 times over the past years. Nonetheless, it’s quite possible that it will one day become a level below which we will never again sink.

This week we will talk more about Bitcoin’s use amidst crises and chaos. Protests raging in the United States have given crypto more visibility and reminded that Bitcoin is a symbol for a larger protest against economic inequality. If traditional systems no longer work, alternative solutions like Bitcoin may replace them and give people more power over their own money.

In other news we have hacking and hodling. A new report reveals that over 60% of all existing bitcoins have not moved in over a year. This in turn indicates that investors have strong faith in the cryptocurrency’s future.

Bitcoin is visible in US protests

The widespread protests raging in the United States have also brought visibility for Bitcoin and cryptocurrencies. The riots protesting the death of George Floyd at the hands of the police are the biggest the country has seen in years.

Both the protests and social media have seen several mentions of Bitcoin. One protester carried a sign with a reference to Isaiah Jackson’s book” Bitcoin and Black America”, which explores the synergy between black economics, Bitcoin and blockchain technology. The author himself has publicly encouraged people to buy bitcoin as a protest against the traditional financial system.

Big names in the cryptocurrency scene have also noted Bitcoin as a symbol for a wider protest against economic inequality.

Cryptocurrencies have also earlier gained notoriety through different protests. In 2019 d protests in both Hong Kong and South American countries furthered the adoption of crypto as an alternative that could give citizens more power over their economy.

Over 60% of all bitcoins have not moved in a year

A fresh report by blockchain analysis firm Glassnode reveals that over 60% of all the world’s bitcoins have remained unmoved throughout the past year. According to Glassnode this shows that so called hodling of bitcoins is persisting stronger than before.

Hodling is especially noteworthy since the enormous cryptocurrency market crash in March apparently has not affected it. Bitcoin quickly recovered from the crash and has since gained back its losses. This seems to indicate that long-term investors are not startled by even bigger price movements.

Data by blockchain analysis portal ByteTree reveals that miners have recently been selling bitcoins faster than they have mined them. According to the portal miners sold 11% more bitcoins than they generated over the same time period.

By tracking Bitcoin addresses associated with miners ByteTree estimates that approximately 5 800 bitcoins were created within a week while 6 500 were sent to be spent. This apparently means that at least some miners are now selling previously stored bitcoins for financial reasons.

Bitcoin’s recent block reward halving in May has strongly affected Bitcoin mining and forced many to update their equipment. However, so far there are no signs that miners would be capitulating in larger numbers. Thomas Heller, global business director at F2Pool, states that miners often simply move their machinery to countries with cheaper electricity as mining difficulty and expenses rise.

“So far in 2020, there have been very few cases of mining farms going out of business,” Heller commented.

An unknown hacker has allegedly leaked the database of Daniel’s Hosting, the biggest hosting provider on the so called darknet. The service has widely been used for maintaining cryptocurrency-related forums and shops.

The hacker using the pseudonym KingNull also claims to be part of the Anonymous collective. The data was reportedly accessed already in March and includes 3 761 email addresses, 7 205 passwords and 8 850 private keys associated with websites on the hosting service.

After the leak Daniel’s Hosting shut down its service and encouraged users to change their passwords and move their sites elsewhere. While the service has supposedly hosted some illegal activity, it also supports political dissidents whose leaked information could set them in danger.

The hacker’s alleged connections to the Anonymous group are not surprising, as the collective has also launched similar darknet operations earlier. One example is a campaign against child abuse from 2013 in which Freedom Hosting, the largest Tor network hosting service at the time, was hacked.

The historic SpaceX rocket launch was visible in a virtual reality built on the cryptocurrency Ethereum. Users of the Decentraland platform were able to follow the world’s first private manned spaceflight in real time. Two astronauts from the company founded by Elon Musk successfully reached the International Space Station after a 19 hour flight.

Decentraland, named after the principle of decentralization behind cryptocurrencies and blockchain, was published in February 2020. Back then the platform reportedly had over 12 000 users. In 2017 the platform managed to collect $1 million dollars in a so called initial coin offering, in which users could exchange tokens to buy virtual pieces of land.

The SpaceX flight was not the first significant event which could be followed by Decentraland’s users. In March the platform organized the annual Coinfest conference virtually, defying worldwide coronavirus restrictions.

Chinese authorities have discovered a secret Bitcoin mining operation in what appears to be underground tombs. Local news channel Beijing News reports that the illegal mining operation was exposed in the city of Daqing in northern China.

Law enforcers tracked down the illicit miners after a local oil company reported unexplained power losses. After some digging they located a hidden entrance to the burial mounds, in which Bitcoin mining equipment working on stolen electricity was found.

Earlier the same week Chinese media reported authorities had found 54 mining devices hidden under a dog kennel in the Heilongjiang province. These cases show that the recent price rise of cryptocurrencies seems to have sparked the creativity of underground miners.

The province of Sichuan in central China in turn has recently ordered local companies to shut down all cryptocurrency mining operations. This can have notable consequences, since studies by Cambridge University indicate the province is responsible for almost 10% of the whole world’s Bitcoin mining power.

Cryptocurrency enthusiast who has several years of experience about using cryptocurrencies and writing about them.
0 Comments
Inline Feedbacks
View all comments
PrevPreviousCustomers opinions and comments on Coinmotion
NextWhat to do when you’re stuck on the markets?Next
Sign up