What to do when you’re stuck on the markets? 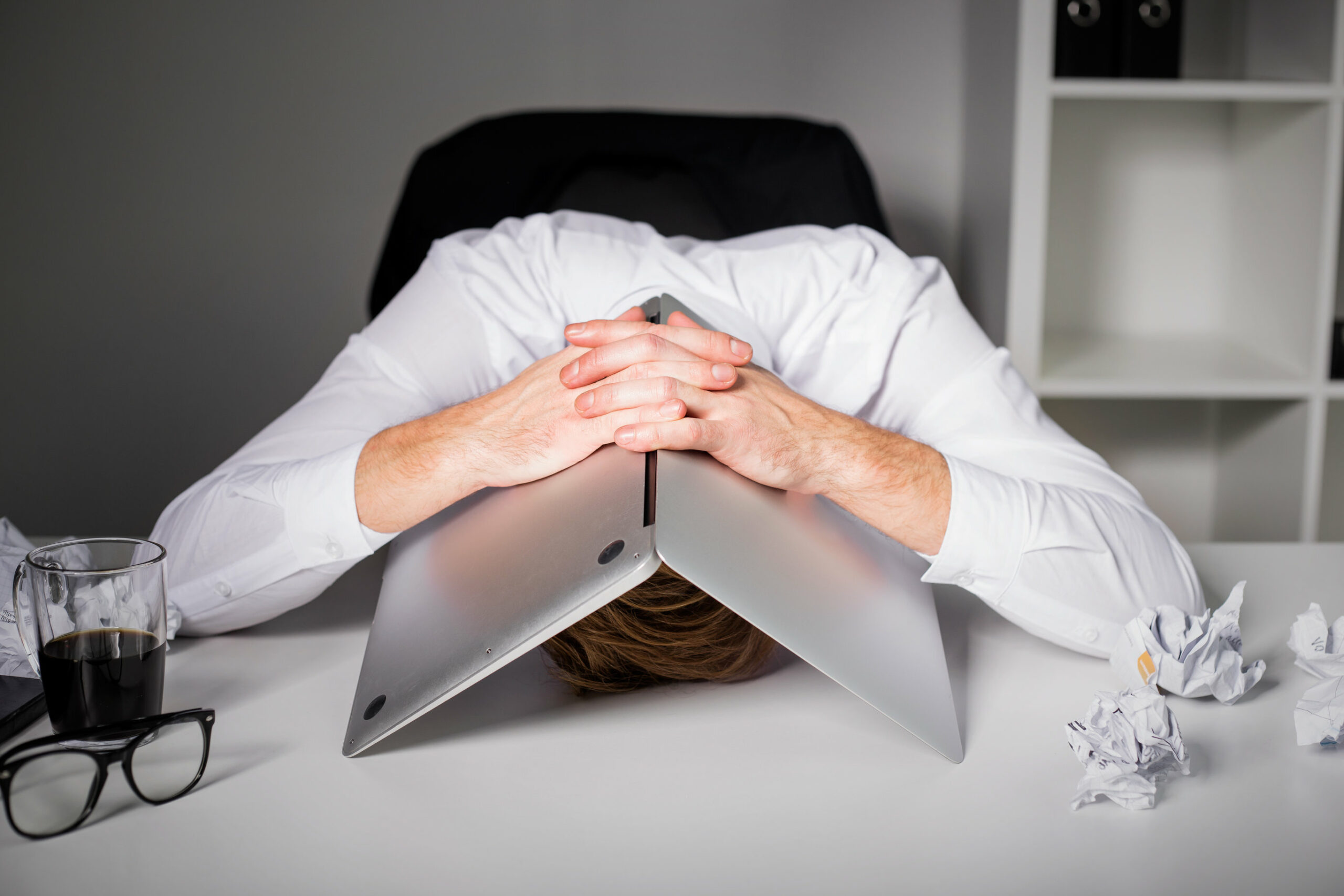 That feeling when you’ve suffered a loss of 50% within a week. Not to mention the moment when you’ve lost 50% in a day. Can you keep yourself together? Or do you freeze? Mysteriously destroyed furniture and laptops falling from balconies. Holes in the wall and broken knuckles. In a time when forums are filled with accusations of capitalist market manipulation, government cleansing operations and inexperienced investors panic selling. After all, losses on the markets can never be your own fault. The aforementioned symptoms and hunt for scapegoats are still nothing compared to what happens to a human physiologically when markets turn against you. Once enough losses have been accumulated over a short enough period, an investor may freeze.

If we confront losses or even the threat of losses on the markets, our brain also has to deal with this threatening information. The brain’s amygdala structure is often responsible for these messages dealing with losses and dangerous situations on the markets. The same amygdala, however, also processes signals caused by real life-threatening situations. So the danger is that the amygdala mistakes negative market movements threatening one’s investments for actual deadly threats. A simple emotional reaction by an investor may start a cycle in which the brain can no longer function rationally and make reasonable decisions on the markets. This is fully possible and is merely a physiological phenomenon. The frontal lobe of the brain in turn is responsible for decision-making. However, if the frontal lobe gets a message from the amygdala warning of impending death, it can no longer make rational decisions. Not to mention investment decisions, which are supposed to be the most rational ones. Jason Zweig deals with this subject in his book Your Money and Your Brain. The media has also recently wrote about the psychological effects of the Covid-19 crash on investors. When an investor freezes, he sinks into a primitive survival mode. This survival mode can be slightly different depending on the person. In some cases it can mean a projection of anger on everyone and everything around you. Others in turn submit to the vicious circle of shame, in which one’s own failure is judged harshly. Some may not be able to deal with the situation at all, in which case they end up in a paralyzing shock. In this shock state they mainly wait for authorities to order the next procedures. Others in turn may be able to act very rationally, but even in those cases prolonged stress can lead to different unbalanced bodily states. Stress and fear of failure on the markets will still not doom your entire investment strategy. Managing this shock state is possible and worth learning in order to reach better decisions. But it’s not always easy.

The formula for dealing with losses

Let’s take an example in which the S&P 500 index in 2020 dropped quickly over 30% from its peak and then again rose nearly 40%. Let’s accept the situation: It’s pointless to blame the coronavirus. Viruses don’t listen to investors. It’s also pointless to blame the government. The government rarely listens any more than the coronavirus. Market forces in turn are just another scapegoat not worth blaming. Let’s face the situation as it is. Even if there were losses, there’s no reason to worry. What about bitcoin then? It dropped over 60% from its recent peak only to rise 250% from the bottom. Crypto markets are affected by investors just like any others, and if those investors decide to withdraw money upon a crash or re-enter the markets later it’s only natural. Once again, there’s no point in blaming anyone. Recurring heavy volatility on the crypto markets is another natural factor not worth getting angry over. This is just how it is. So to sum it up: If you can’t change the situation, you can still gain power by accepting it.

It’s also good to take some distance to the situation by for instance going out. What matters is getting your thoughts and emotions unlocked from the situation. For some this may mean a healthy jog, for others a longer stint of meditation or yoga. Some in turn may use unhealthier habits such as heavy alcohol use to deal with the situation, which is never recommended. Some can be cured by a simple discussion with people over an unrelated topic. Thoughts and emotions must be dealt with before wise market decisions are possible. If the human brain on the markets in survival mode can cause an overwhelming fear of death, wouldn’t it be better to take some distance in order to think clearly? Once you can again think rationally, you can focus on solutions with a calm and fearless mind.

Once one has taken some distance to the situation, a more objective view without unnecessary emotional charges can be formed. When the amygdala no longer sends death threat signals to the frontal lobe, making investment decisions is much easier and also more pleasant. Decisions made with a calm mind have a greater potential to succeed. Actualization requires action. This in turn requires practice, since smart market decisions are a true art form. The best professionals recover from losses even in a matter of seconds. First it can require long practice, but practice makes perfect. Therefore these situations should be practiced. It can be compared to top-level sports, in which the world’s best teams practice specifically for these critical situations. For instance in basketball the first and last two minutes of every quarter are the most decisive ones. In football the first and last 10 minutes in the first round and last 20 minutes are the sections which teams know best. Crisis simulations are also practiced in the defence forces, law enforcement, hospitals and other organizations requiring quick response. If you practice for crisis situations, you also know how to act when you confront them. The same rule applies on the markets. Practice makes perfect. So it’s not completely necessary to throw your laptop down from the balcony or blame everyone else if the markets don’t comply with your wishes. The situation should just be re-evaluated, so the brain can better deal with a situation that was mistakenly interpreted as life-threatening. In other words a state of freezing or being stuck is not an impossible physical state automatically leading to losses. Instead it’s a physiological state, which the investor should over time learn to control. So don’t worry. When done correctly investing isn’t lethal. It can make you wealthier and stronger. Hopefully these tips were helpful! This article does not present any investment recommendations nor should it be interpreted as such. Gaining profits on the markets often requires deep-rooted knowledge and several years of experience. The writer is a board member of cryptocurrency organization Konsensus Ry and has years of experience in different investment fields, including cryptocurrencies.