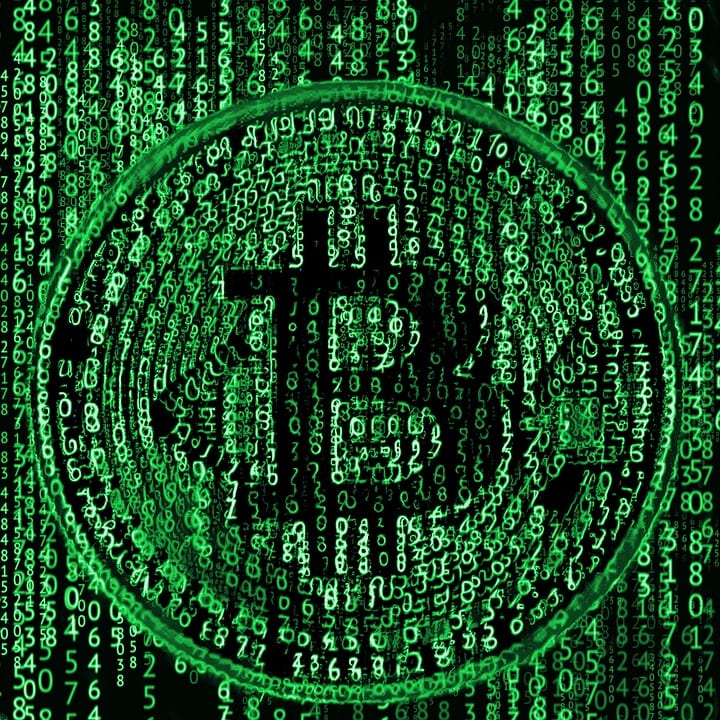 Bitcoin has been rising like a delayed new year’s rocket the past days, which is certainly welcome. Just a few more hundreds and jesters in the cryptocurrency scene can start posting the old Dragon Ball meme proclaiming it’s over 9 000 again.

At the time of writing the price is around $8 000 dollars, so we are just a short bull run away from digits starting with nine or ten. Our market analyst also predicts we may be soon be heading to new highs in his recent blog.

This week we will take a look at a massive Bitcoin transaction amounting to over a billion dollars in value. The event serves as a reminder that Bitcoin is the only system in the world capable of moving vast amounts of wealth in a matter of moments and nearly cost-free.

In other news we have Bitcoin mining, criminality and mysterious private keys. Russia’s new prime minister also has plans to modernize the country’s digital economy – and that means blockchain.

Bitcoin transferred over a billion in a few minutes

Last Wednesday a single transaction worth over $1.1. billion dollars was executed in the Bitcoin network. Counted in dollars this marks one of the biggest Bitcoin transactions in the history of the whole system.

The transaction is suspected to be linked to the activity of Bitfinex, a crypto exchange handling large customer funds. The exchange has so far not confirmed or denied the claim.

Whatever party may be behind it, the transaction is undisputed evidence of Bitcoin’s ability to fulfill its promises. No other existing system is capable of transferring such an amount of money as fast and affordably as Bitcoin.

Bitcoin miners are responsible for over 80% of all mining in proof-of-work blockchains, reports crypto analyst Yassine Elmandrja. The computing power of all other blockchains is only a fraction compared to Bitcoin. Even the largest alternative PoW blockchains only represent a few percent of all mining, while Bitcoin dominates with 83%.

Proof-of-work is currently the most used method to verify the security of blockchains and cryptocurrencies. The method has been criticized for requiring much computing power and being heavy. As a result, other verification methods such as proof-of-stake have been developed, but so far none of these alternatives have found wide use.

The situation may change in the future if Ethereum succeeds in moving its network to proof-of-stake verification. So far Ethereum developers have postponed their plans and the blockchain has been driven by traditional proof-of-work verification.

Digital asset manager Grayscale Investments has released a report revealing massive growth among institutional investors. In 2019 customers of the company invested over $600 million dollars in digital assets – more than during 2013-2018 combined.

Grayscale also revealed all its services gathered investments totaling over a billion dollars for the first time in 2019. 71% of all new money came from institutional investors, while large individual investors also reached an all-time record.

Although the information is derived from a single report, the numbers indicate a notable general change. As Bitcoin has endured over a decade and global regulation has become clearer in recent years, investors have gained increasing trust and interest for cryptocurrencies.

According to a fresh report by Chainalysis roughly half of all bitcoins linked to criminality last year were moved to two exchanges. The exchanges Binance and Huobi received 27.5% and 24.7% of these allegedly illicit bitcoins, while all other exchanges were responsible for 47.8%.

Chainalysis estimates these active accounts may belong to over-the-counter brokers who ignore know-your-customer regulations among other obligations. Such individuals may either accidentally or intentionally enable money laundering or other crimes.

However, Chainalysis also notes there is nothing illegal itself in trading bitcoins without exchanges as intermediaries.

Businessman Craig Wright has already for years insisted he is Bitcoin’s pseudonymous creator Satoshi Nakamoto. Now Wright claims to have received the necessary information to access roughly $8 billion dollars worth of bitcoins.

Wright is currently involved in a legal dispute against the estate of his former business partner Dave Kleiman. Kleiman’s estate claims Wright stole bitcoins from his deceased partner and demands he returns them to the estate.

Wright has defended himself by stating he cannot use the bitcoins without the missing private keys to the wallets. Now he has allegedly gained access to those private keys.

The court has earlier fined Wright for contempt after he refused to reveal details about his bitcoin and crypto property.

It remains to be seen how the mystery will evolve from here. Based on Wright’s earlier actions it seems unlikely he will manage to prove he is Satoshi, but anything can happen.

“The state should become a digital platform that is created for people,” Mishustin commented.

It is clear that Mishustin refers to blockchain technology among other things. The use and development of blockchain technology has grown significantly in Russia. Many parties utilizing the technology are also at least partially owned by the state, such as Sberbank having recently patented a smart contract system automatizing transfers between two parties.

On the other hand the legal status of Bitcoin and cryptocurrencies remains very uncertain in Russia. Local policymakers have argued about clearer legislation for years, but crypto is still stuck in a legal grey zone.

If Mishustin truly wants Russia to have a rising digital economy, it seems necessary for the Kremlin to pass laws clarifying the legal status of cryptocurrencies.

Cryptocurrency enthusiast who has several years of experience about using cryptocurrencies and writing about them.
0 Comments
Inline Feedbacks
View all comments
PrevPreviousWe may be soon heading to a new all time high
NextIs Bitcoin a Good Investment? Supreme Performance over a Four Year PeriodNext
Sign up