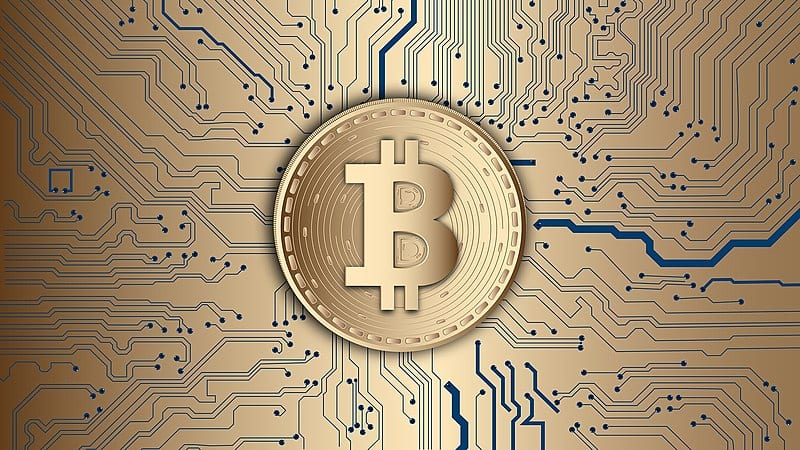 Hello again, esteemed readers! Winter winds are blowing the Northern Hemisphere, but the cryptocurrency markets are far from cold. After heating up in January, Bitcoin is now enjoying February fever and a bull ride toward new conquests. If the course continues we will soon reach ten grand and new heights before the end of the year.

You can read more about bitcoin’s price movements in Toni Kosonen’s blog. In his recent market analysis Kosonen estimates that a healthy rise starts slowly, but in bitcoin’s case that can be relative.

Aside from bitcoin’s growth we will also address other number-related records this week. Bitcoin has recently surpassed the milestone of half a billion transactions during its eleven-year history. If bitcoin’s use continues to grow during the coming years it may take much less time to reach a whole billion.

Bitcoin has regained months of losses in weeks

Bitcoin has continued its bullish growth and is approaching ten thousand dollars at the time of writing. With the latest rise bitcoin’s price has reached the record for 2020 and the nearest months. It has also regained a large portion of the losses during the second half of 2019 in mere weeks.

In 2019 bitcoin rose like a rocket in April. Bitcoin’s price quickly surged from roughly $4100 dollars above $10 000 and reached a peak of $13 880 in June. However, this mini bull market turned downward in July as the price continued declining for several months.

The pace of the recent rise has also been rapid, but more even than before. It took 25 weeks between last year’s peak of $13 880 dollars and the ensuing bottom of $6 425 dollars in December. Now bitcoin has regained almost 50 percent of this decrease in just seven weeks.

Bitcoin’s approaching halving has been regarded as a significant factor for the awoken interest on the markets. Earlier halvings have also led to notable value increase, which is a natural consequence of bitcoin’s scarce supply and growing demand.

Less than 100 days until Bitcoin’s halving

Less than 100 days remain until Bitcoin’s block reward halving. Expected to occur in May, the event will cut the supply of new bitcoins to half of what it currently is. We have also a written a more extensive article on the subject explaining it in more detail.

The halving is a feature programmed into Bitcoin’s protocol with the intention of keeping the amount of bitcoins stable and avoid inflation. There will never be more than 21 million bitcoins in the world, and the birth pace of new bitcoins will be reduced by half approximately every four years.

The previous halvings took place in 2012 an 2016. Both of these events were followed by a heavy price rise the next year, with bitcoin growing thousands of percents on both occasions. As the already scarce supply of new bitcoins will now once again drop to half, it is expected to have similar effects on the markets.

Over half a billion transactions confirmed with Bitcoin

More than 500 million transactions have been recorded in the Bitcoin network after its launch 11 years ago. According to blockchain analysis site Statoshi the limit of half a billion was exceeded on Wednesday 5th February.

The first Bitcoin transaction took place on 12th January 2009 between Hal Finney and Bitcoin’s pseudonymous creator Satoshi Nakamoto. The first commercial use of bitcoin in turn happened roughly a year later on 22nd May 2010. In this legendary event Laszlo Hanyecz bought two pizzas with 10 000 bitcoins.

Back then it was hard to imagine that bitcoin would in a mere decade reach a dollar price of thousands, millions of users and a milestone of half a billion transactions. If the growth continues, Bitcoin may very well exceed the threshold of one billion within the next decade.

The use of Bittimaatti bitcoin ATMs was renewed at the end of last year. The biggest change had to do with a new identification mechanism, which was a result of the European Union’s new rules. The rules obligate all bitcoin and cryptocurrency services to identify their customers.

Also the homepage Bittimaatti.fi has been renewed. The new site shows the whole ATM network’s locations as well as constantly updated information on how much balance can be withdrawn from the machines. The site also allows tracking price information in real time.

Bittimaatti is the biggest Bitcoin ATM network in the Nordics and is driven by Prasos Ltd also responsible for Coinmotion and Denarium. Right now the network comprises 10 ATMs around Finland with plans to expand to new locations.

Sources of the newspaper state that the central banks of the European Union, the United Kingdom, Canada,  Japan, Sweden and Schweiz will meet amid an IMF conference in Washington D.C. The purpose of the meeting is to exchange thoughts on the challenges posed by digital currencies, such as cyber security.

According The Japan Times the institutions are expected to publish a report on the discussion later this year.

A research group of the United States Navy has invested $9.5 million dollars to develop a blockchain-based encrypted communications system. The collaboration with blockchain company Simba Chain seems to be a continuation of an earlier contract where the US Department of Defence tested a similar system.

The communications system is estimated to be ready for use already during the year 2020. Updates and improvements will nonetheless be made over the next four years to develop the system.

The blockchain-based system is built on top of Microsoft Azure’s cloud platform and allows safe communication both in land and water operations.

Blockchain technology is known for its resistance against censorship and cryptographic security, which makes it excellent for encrypting sensitive information. It is therefore no surprise the US defence industry sees real potential in blockchain and aims to actively integrate the technology in its systems.

Cryptocurrency enthusiast who has several years of experience about using cryptocurrencies and writing about them.
0 Comments
Inline Feedbacks
View all comments
PrevPreviousA healthy rise starts slowly but that can be relative in bitcoin’s case
NextBest free Bitcoin and Cryptocurrency WordPress plugin – price list, chartsNext
Sign up