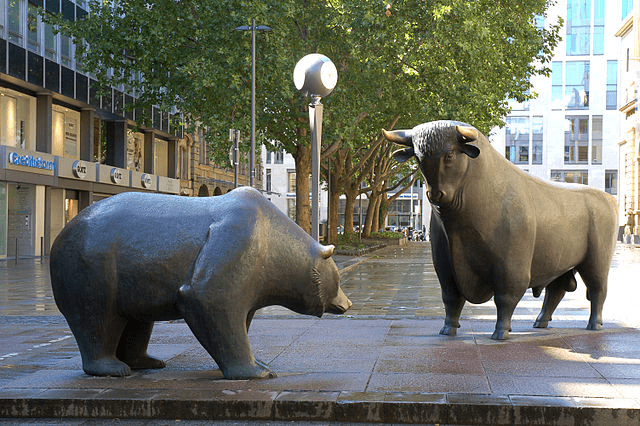 Happy August, fellow crypto citizens! It has indeed been a good start of the month for Bitcoin, having pushed to new heights with the power of a bull awoken from a long slumber. The future is always uncertain, but there are strong signs indicating this may be the beginning of a new longer bull market. Our technical analyst also ponders this possibility in his fresh publication.

This week we will talk more about the budding bull market driven by both institutional and retail investors. Additionally we will address the recent Twitter crypto scam, as three people suspected of the social engineering attack have now been arrested. In other news we have the long-dormant coins from the 2016 Bitfinex hack, which have finally moved and led to the exchange offering rewards to reobtain them.

Following a recent rally, Bitcoin has continued its upward movement and reached $12 000 dollars on the 2nd day of August. Breaking this key resistance zone marks a new record high for the year 2020.

Looking at historical data from the past years, the area of $11 500 to $11 800 dollars has served as major resistance leading to corrective market movements. The level in question served as resistance throughout the summer of 2019 and dates as far back as December 2017, when Bitcoin made its previous all-time high. A number of analysts and traders predict that if the price manages to hold above $12 000 dollars, there is room for swift growth toward higher levels and possible even a new peak.

Ethereum, the world’s second largest cryptocurrency by market cap, has also risen to a 2-year high close to $400 dollars. Believed to be fuelled by the growing DeFi sector and upcoming Ethereum 2.0 update, the blockchain’s native token Ether has rallied a whopping 70% in less than a month.

Other top altcoins have also seen impressive growth, with both XRP and XLM reporting double-digit gains. In total the market cap of all cryptocurrencies has now eclipsed $350 billion dollars, with Bitcoin’s dominance currently above 60%.

Nearly a billion invested in Grayscale BTC trust during Q2

Financial magazine Forbes has written about the recent numbers of the Grayscale Bitcoin Trust. According to the report, the world’s biggest cryptocurrency asset manager has gathered investments surpassing $900 million dollars, meaning nearly a billion, during the past quarter.

Institutional investors comprised 84% of the crypto investments during this year’s second quarter. New investors in turn formed 57% of Grayscale’s customers, although their share of cryptocurrency investments was only $124.1 million dollars. Bitcoin remained by far the most popular target and composed 83 percent of all investments. However, Grayscale has also reported growing interest in alternative cryptocurrencies, as its Ethereum fund reached its own record with a 15 percent share of total inflows.

“With so much inflow to Grayscale Bitcoin Trust relative to newly-mined bitcoin, there is a significant reduction in supply-side pressure, which may be a positive sign for bitcoin price appreciation,” Grayscale wrote in its report.

The Federal Bureau of Investigation in the United States has arrested three persons suspected of being linked to last month’s historical Twitter hack. During the hack several high-profile accounts were hijacked and used in a crypto scam, which managed to lure over $100 000 dollars worth of bitcoins. Among the accounts were former US president Barack Obama, current presidential candidate Joe Biden and techno billionaire Elon Musk.

Twitter has been heavily criticized for enabling such a large-scale attack. The hack revealed that Twitter employees can access almost any account, write messages in its name and limit the visibility of accounts and keywords without users noticing. The hackers managed to exploit these very traits in their scam. This kind of attack would not have been possible in a decentralized service adhering to the principles of cryptocurrencies.

“We fell behind, both in our protections against social engineering of our employees and restrictions on our internal tools,” Twitter’s CEO Jack Dorsey admitted in the aftermath of the case.

According to recent information, the now-arrested 17-year-old main suspect Graham Ivan Clark has plead not guilty to the charges. His bail has been set at $725 000 dollars, roughly seven-fold compared to the achieved criminal gain. However, in an interesting twist the young man allegedly has over $3 million dollars worth of bitcoins, which have been returned to him in connection with an earlier criminal investigation.

Russia’s biggest state-owned bank Sberbank is considering issuing its own digital currency. Local news agency Kommersant reported that the banking giant is weighing a so called stablecoin, which would be backed by the Russian national currency the ruble.

“We probably may issue a stablecoin on the basis of the law that has been adopted recently. As we can peg this stablecoin to the ruble, this token could become a basis or an instrument for settlements involving other digital financial assets,” stated Sergey Popov, director of transaction business at Sberbank.

This is not the first time Sberbank has made headlines with its crypto-related initiatives. Earlier this year in May the bank reportedly spent over $100 million dollars for blockchain-based ATMs capable of mining cryptocurrencies. As the Russian central bank owns over 50% of Sberbank and is known for its negative stance against crypto, it remains to be seen if Sberbanks plans will succeed.

Cryptocurrency funds hacked from the Bitfinex exchange have finally been moved four years after the event. On the 2nd of August in 2016, a total of 119 756 bitcoins were stolen from the exchange. While valued at $72 million dollars at the time, the market development of past years have seen their value now grow to $1.3 billion.

Throughout the past week, wallets associated with the attack have transferred a total of $51 million dollars worth in BTC in 17 separate transactions. Despite the large dollar sum, it is noteworthy that these coins only comprise 1-2 percent of the stolen funds. This is believed to indicate that the criminals have had difficulties liquidating their spoils due to new anti-money laundering regulations and supervision.

Bitfinex has promised a reward of up to $400 million dollars for clues leading to contact with the hackers and returning the funds. The exchange is even prepared to pay the hackers themselves in order to obtain a majority of the stolen funds back in their hands.

The Bitfinex hack was at the time one of the biggest cryptocurrency thefts and heavily affected the markets. However, in the past few years cryptocurrency markets have grown and evolved so much that an attack of similar scale would barely affect prices. Exchanges are still a prime target for hackers, but the matured markets are able to tolerate them much better than in earlier years.