Bitcoin / Is It Too Late to Invest in Bitcoin?

Is It Too Late to Invest in Bitcoin?

In 2021, the value of bitcoin rose to the highest levels in its history so far above €50 000 euros. Investing in bitcoin may seem distant and difficult for those not acquainted with it, or even scary. However, these feelings are worth setting aside when rationally contemplating whether it’s a good time to jump aboard. This article will elaborate on why it is not at all too late to invest in bitcoin, and how you can invest easily.

Why Invest in Bitcoin?

Bitcoin is a cryptocurrency, a term referring to virtual currencies with a digital representation of value. They function through networks and are based on cryptography, meaning solving complex calculations and decryption. Presented by Satoshi Nakamoto in 2008, Bitcoin is the oldest and most known cryptocurrency. Other cryptocurrencies based on similar processes include Ethereum and Tether, although their value is far from Bitcoin. You can use bitcoin much like traditional money or as part of payment systems. At least Visa, PayPal, and Shopify accept bitcoin as a means of payment.

Is It Too Late to Invest in Bitcoin?

Bitcoin’s price is currently ascending notably with the rise predicted to continue further. The price of a single bitcoin may be inaccessible for many, but you can also buy a fraction for a much smaller price. This is due to the fact that one bitcoin consist of eight decimals, or a hundred million satoshi units. By buying a small amount of bitcoin you can quickly enter the markets even with a small amount of capital. You can follow market development in real-time through Coinmotion’s webpage, where you can also easily find the trading platform and bank functions to invest in bitcoin.

Bitcoin was created as an objection against the monopoly of states and banks. Bitcoin’s value is based on supply and demand, so it maintains its value excellently and is not prone to manipulation by outside parties. Bitcoin has a finite supply of 21 million coins, so the inflation plaguing traditional money does not apply to it. Because of this scarcity, bitcoin’s value will in the future very likely be more than it is now. Therefore it might not be a bad time to buy some now when the price is still at a moderate level.

Bitcoin works with the help of blockchain. Blockchain refers to a kind of decentralized ledger, which records all transactions and balances. Blockchains must adhere to predetermined rules, which are verified mathematically. The blockchains of all users must be uniform. This prevents the creation of additional artificial bitcoins or the use of nonexistent funds.

So Is It Too Late to Buy Bitcoin Now?

Experimenters is the word that many use to describe people buying bitcoin right now. This refers to people who are not among the first wave of buyers. Innovators refer to the small-numbered early risk-takers. Experimenters may not at this point gain similar astronomical profits as innovators, but can still expect notable growth and wealth through their investment. On the other hand, experimenters may not take as great a risk as innovators did in the beginning.

As bitcoin continues its rise, the next group in line is the masses of people who do not want to take any risks. For them, profits are also small or nonexistent. People can gain some bonus at the point of early masses, but less than when investing in the beginning. And when later masses find bitcoin, the profit from the investment can be likened to the interest of a normal savings account. After this, there’s only room for people who regret not buying earlier. By then currency fluctuation may be over and cryptocurrency actors are more reminiscent of banks than exchange services.

Hesitation about Bitcoin and other cryptocurrencies is often linked to thoughts about them being used for murky activities, or that they would somehow be illegitimate money. This is, however, a common misconception. Bitcoin’s blockchain is completely public, meaning transactions are visible to everyone. Therefore, security forces can detect and apprehend criminal transactions easily. Many misdoers or extortionists may ask their victims to pay ransom fees in bitcoins, but this is a short-sighted course of action.

Many international parties accept bitcoin as a means of payment. For instance, you can buy a Tesla car with bitcoins, as the company’s founder Elon Musk has contributed to bitcoin’s adoption. Large international investors usually do not seek quick profits but rather long-term growth with bitcoin. This also sets a good example to anyone interested in bitcoin, since joining now is relatively safe but also very rewarding. Bitcoin is quickly growing into an attractive investment alternative to complement a traditional stock portfolio – or even to replace it.

How do I buy bitcoin?

The easiest way to enter is to join an existing marketplace, such as Coinmotion, which is a Finland-based licensed company and leading platform for bitcoin trading in the Nordic countries. Once you’ve opened an account, you transfer euros there and use them to buy bitcoins. The service makes using bitcoins easy and secure. After this, you can start tracking your own bitcoin portfolio performance.

Let’s return once more to the headline. Is it too late to invest in bitcoin? The short answer is not at all. Now could be just the right time to start!

Leave a comment below in case you have any questions.

This article should not be taken as investment advice. Investing includes a risk of losing the invested capital completely, and this should always be noted before making decisions. 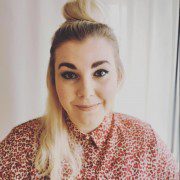