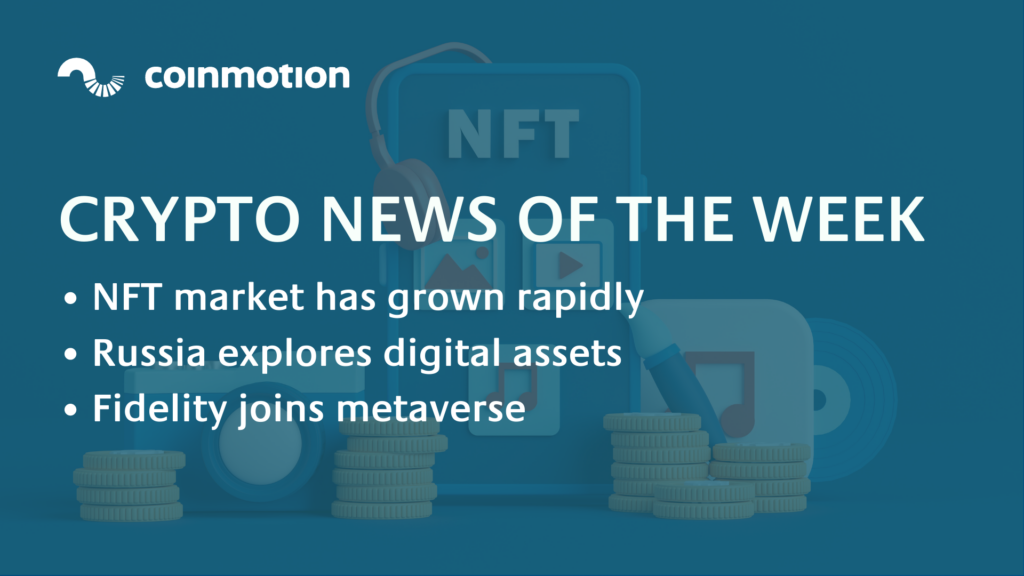 The crypto year 2022 was dark, but the future is bright

We have now wrapped 2022. As a whole, the year was gloomy from the perspective of value development, but the increasing rate of positive news from the background tells us that the future is definitely bright.

In this article, we will go through the events of the last week of 2022 in the crypto world.

Hot topics in the crypto community:

Continue reading to learn more about the news.

The total value of the NFT market has increased by 11,664 percent in two years. In December 2020, the NFT market was worth about 80 million US dollars; a year later, it was about 20 billion, and now it is about 10 billion.

The dizzying rise has also been reflected in technology development. Over the past few years, dozens of different NFT platforms, marketplaces, games, and many more have been released. Companies like Apple, Reddit, Starbucks, Winamp, and MetaMask joined the NFT market.

In light of the numbers, investing in NFTs has been profitable for those who participated early. The bad market situation has not affected the NFT market as much as other crypto investment products. The current bear market is one of the toughest in crypto history, but despite that, the popularity of NFT investment products has increased.

Read more: How to invest in NFTs

Russia, which is under economic sanctions, reduces its commitment to the currencies of other countries. The Russian government has actively studied cryptocurrencies and other digital alternatives so that the state could reduce its dependence on markets outside of Russia.

Russia’s largest bank, Sberbank, has published gold-linked investment items as one response to the problem. Based on the company’s announcement, Sberbank has cooperated with Solferi, which manufactures and sells precious metals.

Alexander Vedyakhin, representing the management of Sberbank, said the following: “The cooperation with Solfer shows that the market is interested in the new investment instrument. This can be a great option for investors to exit the dollar.” Russia is looking for options to reduce its dependence on the US dollar in particular, and Sberbank believes that digital investments will help with this.

Russia has been actively exploring cryptocurrencies to bypass sanctions affecting its economy. Russian President Vladimir Putin said the following in November: “It is possible to create a new system of international payments based on digital currency technologies and distributed registries, much more convenient, but at the same time completely safe for participants and independent of banks and third-party interference.”

Russia has been isolated from the outside by many states that used to be its biggest partners. It is still uncertain how the sanctions against Russia will affect the global economic situation.

Mike Kondoudis, a lawyer specializing in trademarks, announced the matter on his Twitter account on December 27. The trademark applications were submitted to the US Patent Office on December 21st.

Fidelity seems to focus mainly on investment services offered in the metaverse related to financial planning, investment management, and pension and investment funds.

The trademark applications are really comprehensive, and under their guise, Fidelity can do extensive activities in the metaverse in the form of investing, asset management, and payment services.

It is also worth noting that Fidelity was hiring 100 new employees for cryptocurrency-related positions in October. This is a big contrast to cryptocurrency companies that have fired a large percentage of their employees.

According to the news published on December 28, the new NFT platform has been jointly developed by the state-owned companies – Chinese Technology Trade and Art Exhibitions China – and the privately owned Huban Digital Copyrights company.

The NFT market has grown significantly in China over the past few years. Technology has been utilized especially in the exchange of rare collectibles.

Due to the lack of centralized marketplaces, NFTs have not been easily sold or bought. There has also been uncertainty in verifying ownership.

To solve the problem, the Chinese government developed an NFT platform, which will be released in early 2023. The idea behind the NFT platform is to provide a centralized marketplace where consumers can safely buy and sell their own collectibles. The NFT platform is expected to have a significant impact on the development of the NFT market in China.

Public Bitcoin miners sold almost all the rewards they received after mining in 2022. This has led to a debate about whether the continued selling by miners has kept cryptocurrency market prices down.

During the year, prominent miners were paid about 40,700 Bitcoins as rewards, of which they sold about 40,300. The data is from the period between January and November. The miners were Core Scientific, Riot, Bitfarms, Cleans Park, Marathon, Hut8, HIVE, Iris Energy, Argo, and Bit Digital. However, miners have recently reduced selling.

Investors believe that the constant Bitcoin sales by miners have kept cryptocurrency prices low. According to some people in the industry, such as the former CEO of BitMEX, Arthur Hayes, selling miners’ rewards is irrelevant to the value of Bitcoin.

There are also estimates that miners have been forced to sell their holdings to keep operations going. The explosive rise in the price of electricity, the falling crypto market, and the high level of difficulty in mining has caused a challenging situation for professionally operating mining companies.

The increase in the cost of mining cryptocurrencies has driven some operators to the point of bankruptcy. Many mining companies have had to sell their holdings and mining equipment at a loss in order to cover the company’s operational expenses.

2023 is a great time to start investing in Bitcoin. Invest in Bitcoin securely through Coinmotion. Open a free account here.