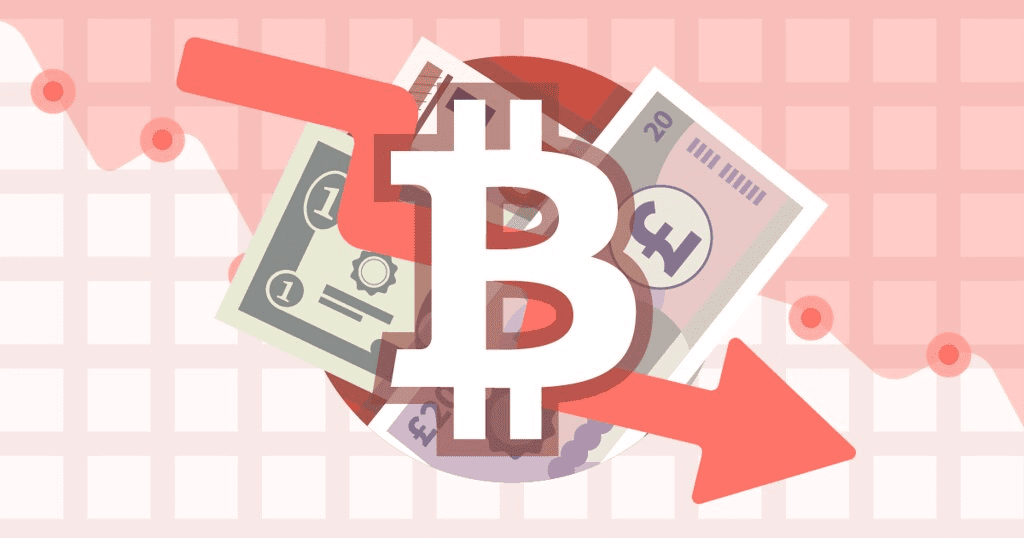 Well, that was a bloody week. The coronavirus has scared and shaken the world economy, and even cryptocurrencies have suffered in the wake of the chaos. In the past days crypto markets have flashed red and bitcoin’s price is now lower than in a long time.

Meanwhile the upcoming halving of bitcoin’s block reward is on the horizon, as well as its promise of future price rise. While the ongoing crisis is a serious matter, low prices combined with the halving provide excellent opportunities for investors to acquire cheap crypto, as prices are likely to rise sooner or later.

This week we will examine how corona affects the cryptocurrency markets and take a closer look at what bitcoin’s halving means. Furthermore we will address YouTube’s continuing crypto censorship and a blockchain-related free trade agreement between the United Kingdom and United States.

Bitcoin crashed along with the general markets

Bitcoin and cryptocurrencies have plunged to yearly lows as the coronavirus has wreaked havoc on the international markets. At the time of writing bitcoin’sprice has already dropped below $6 000 dollars.

The cryptocurrency market crash has made many question bitcoin’s status as a so called financial safe haven. While the downturn has been heavy, it is actually nothing new as similar events have occurred before in bitcoin’s history.

It is also worth noting that safe haven doesn’t mean the asset’s value couldn’t temporarily decrease notably. Also the price of gold has been swinging historically. Safe haven means a way to protect one’s property on a longer timescale.

Investors can even see lower prices as a good thing, since the drop came only a couple months before bitcoin’s block reward halving. The block reward halving is set to take place in roughly two months. Earlier halvings have led to notable growth in bitcoin’s value. If the same can be expected now, it means bitcoin’s low price provides excellent buying opportunities for the future.

The increased interest among investors has also been visible in Coinmotion, operated by Prasos Ltd.

”Last month we broke the sales records for the past two years. The volume was heavily buy-oriented and the same tendency is also continuing now,” commented Heidi Hurskainen, CEO of Prasos.

Less than 60 days until bitcoin’s halving

Bitcoin’s block reward halving is set to take place in less than 60 days. The event is estimated to occur around the middle of May, although the exact date can vary according to the birth pace of new blocks. On average blocks are generated between roughly 10 minutes.

The block reward halving is one of the most awaited events of the year. The halving means the amount of new bitcoins will decrease from 12.5 bitcoins to 6.25 bitcoins per each block. The rewards are halved with intervals of approximately four years.

Bitcoin’s block rewards have already halved two times earlier. Both events led to bitcoin’s price rallying dramatically. If history repeats itself the same can also follow after the next halving.

The halving process will continue with four year intervals until all 21 million bitcoins have been created. After this the miners maintaining the Bitcoin network will earn their rewards purely from bitcoin transaction fees.

Following Brexit, the United Kingdom has started negotiating its own bilateral free trade agreements with the United States. Documents related to the trade agreement reveal that the UK has presented blockchain as a potential for the state and companies to benefit from the new agreement.

“A digital trade chapter with cutting edge provisions that will aim to maximise opportunities for digital trade across all sectors of the economy. In areas such as data flows, blockchain, driverless cars and quantum technology we have the opportunity to help shape global rules through ambitious digital trade provisions,” the document reads.

So far the document only unveils the UK’s part of goals for the free trade agreement, so it is not yet clear how well they will succeed. If the US decides to oppose digital commerce and blockchain, the result may vary greatly. Nonetheless, the document clearly underlines the UK’s belief in the potential of blockchain and financial technology.

YouTube seems to again have started shutting down channels related to cryptocurrencies. At least two internationally popular YouTube channels have been closed after they allegedly violated rules of the service.

The popular YouTube channels Ivan on Tech and The Moon were barred without any warning. According to The Moon, rules about product marketing was referenced by YouTube. The rules have a list of products not allowed for marketing on YouTube. However, the rules say nothing about bitcoin or other cryptocurrencies.

The Moon had over 89 000 subscribers, while Ivan on Tech had over 216 000. According to Ivan on Tech he has regained his account, but due to YouTube’s continuous raids he has started publishing videos on his own new channels.

”While Bitcoin is immune to censorship, YouTube videos are not,” The Moon commented on the case.

The coronavirus has started affecting financial institutes. Chicago Mercantile Exchange Group, the second institute to offer investors bitcoin futures, has announced temporarily closing down its operations due to the corona epidemic.

The virus has also changed the way many notable crypto firms operate. Crypto exchange Coinbase and crypto analytics firm Messari have announced employees should work from home until futher notice. Blockstack and the Winklevoss twns have given similar advice to their staff.

Prasos Ltd, the company behind Coinmotion, has also prepared for the possible spreading of the virus in Finland. Most of the company’s activity can be operated through distance work. Even if corona would grow to a bigger problem in Finland such as in Italy or Iran, Prasos will be able to keep its services open and functional.

An American user of the Finland-based LocalBitcoins service has been charged with money laundering in the US. Known by the username Rhule, the suspect is accused of knowingly laundering money of which at least a part was connected to human trafficking.

American agents contacted Rhule and told they need bitcoins to ship Ukrainian prostitutes to the US. According to the authorities Rhule was willing to engage in the trade even when he knew of their criminal purpose.

“Rhule conducted these transactions even after the undercover agent explained that at least a portion of the cash involved represented proceeds of human trafficking,” told Victor Morales from the Drug Enforcement Administration.

Rhule had also advised the agents not to use Bitcoin, since it is not actually anonymous. He recommended the cryptocurrency Monero as a more private option. Monero has gained increasing use among criminals compared to Bitcoin.

Cryptocurrency enthusiast who has several years of experience about using cryptocurrencies and writing about them.
PrevPreviousIndia’s Supreme Court liberated Bitcoin – Weekly news 9/2020
NextThe biggest margin call cascade in the history of bitcoinNext
Sign up