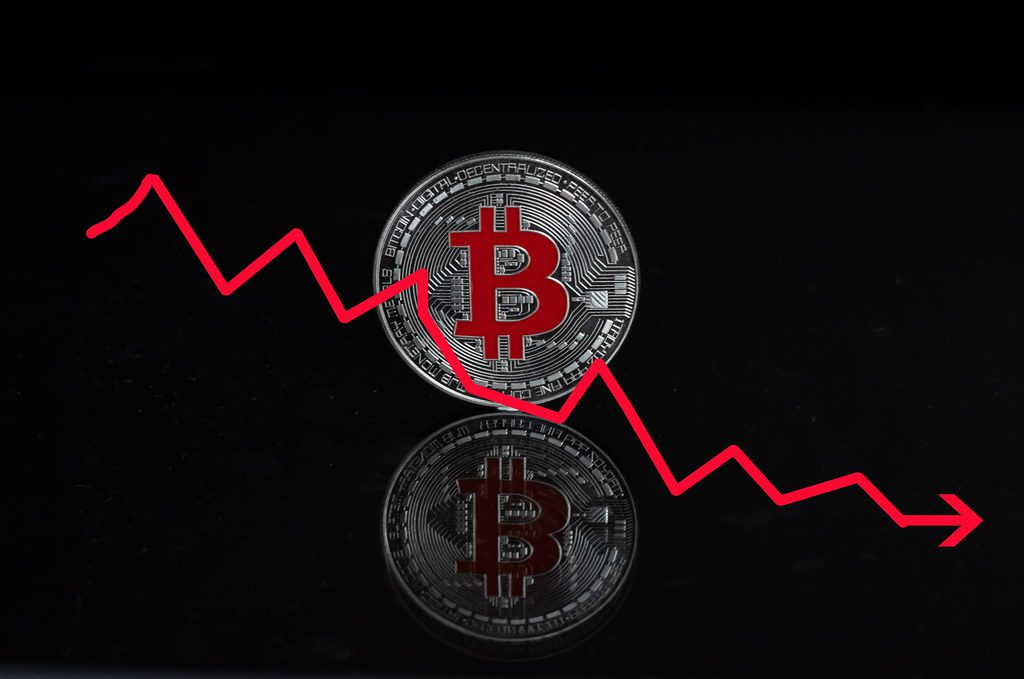 Happy summer, esteemed readers and crypto citizens. The hottest season has commenced with rather cold currents after Bitcoin’s price crashed historically at the end of spring. Many other cryptocurrencies have also lost over 50% of their value and shed off the growth attained earlier this year.

In this week’s news we will address the crypto crash and how different experts see it. Among other topics we have growing institutional interest for Ethereum and its possible use as the basis of China’s digital currency. Additionally we have a bronze statue planned to commemorate Bitcoin’s founder Satoshi Nakamoto.

Bitcoin’s price saw a historic crash in May

Bitcoin’s price saw a huge percentual crash in May and the month concluded with a historic red candle. According to crypto analyst PlanB, Bitcoin’s price development appears to mirror the bull run from 2013 and may still lead to new highs later this year.

After first plunging to $30 000 dollars and retesting that level several times, Bitcoin has been expected to possibly fall further toward $20 000 dollars or below. This would mark an unprecedented event where the price drops below the earlier top from 2017. So far, however, the price of the cryptocurrency has remained around the round number and is currently hovering slightly above $29 000 dollars.

Despite the alarming signs, PlanB believes a drop to deeper levels seems unlikely at this point. Instead the analyst predicts the market crash is reminiscent of the price development from 2013 and 2017. This would mean Bitcoin could still see new tops in the near future after the corrective movement ends.

According to veteran trader Peter Brandt, a rush to new historic peaks may only occur after a more dramatic pullback. Brand assers that this would be in line with earlier historical trends.

Coinmotion’s founder and chairman of the board Henry Brade has commented on the recent cryptocurrency price crash. In a YouTube interview spoken in Finnish the Bitcoin veteran analyzes reasons behind the crash among other things.

One major topic is also Bitcoin’s upcoming Taproot update and its benefits. According to Brade Coinmotion will also implement Taproot into its services as soon as possible after it is published.

At the end of the video Brade also sums up his long-term view of Bitcoin. According to Brade, Bitcoin is still in its early stages despite a 12-year journey and much growth potential remains.

The interest of institutional investors seems to recently have shifted from Bitcoin to Ethereum. According to a fresh report by Coinshares, investments in Ethereum’s native token Ether now from more than a quarter of all administered crypto investment funds.

According to the report published on the 1st of June, $74 million dollars of institutional money flowed into crypto after many crypto assets had lost more than 50% of their value. More than 63% or $46.8 million of these were invested in Ether. At the same time Ether-related products reached a historical record and now comprise 27% of all crypto investment funds.

While Bitcoin’s inflow of $47.9 million dollars only forms roughly a third of Ether’s $147.7 million, Bitcoin still dominates yearly counts with $4.4 billion in relation to Ether’s $973 million. Ethereum, however, is strongly challenging Bitcoin and has surpassed the number one cryptocurrency by transaction counts and volume.

According to CoinGecko, Ether is currently the second most traded crypto asset with a daily volume of $38.8 billion. The first place is held by Tether with $103 billion while Bitcoin has been traded for roughly $32.9 billion in the last 24 hours.

China’s digital currency may be based on Ethereum

The former leader of the digital currency project of China’s national bank, has stated that central bank digital currencies may in the future work on blockchain networks such as Ethereum.

According to Yao Qian, who now works as director of the Science and Technology Supervision Bureau of the China Securities Regulatory Commission, said central bank digital currencies should not only be digital versions of physical cash, but also involve smart contract functionality. In smart contracts functions are executed automatically after certain conditions are met, and they can support or replace legal contracts.

Earlier in spring during an economic forum in Beijing, Yao also issued a warning about security risk and vulnerabilities in smart contracts. According to him, this shows the technology must still evolve and mature. Consequently central banks should approach the matter with caution and start with simple smart contracts before their security and legal status becomes clearer.

Aside from Ethereum, a digital yuan or dollar could work for instance on the Facebook-backed Diem. Therefore central banks could offer digital currencies directly to citizens without the need for third parties.

Budapest is building a bronze statue in honor of Satoshi Nakamoto

The city of Budapest in Hungary is planning to erect a bronze statue to commemorate Bitcoin’s creator Satoshi Nakamoto. In honor of Satoshi’s anonymous identity, its features are replaced with a reflective surface.

According to local news outlet Hungary Today, sculptors Réka Gergely and Tamás Gilly are responsible for designing the statue. An initial plan describes the statue as a a character with featureless facial traits wearing a Bitcoin hoodie. The featureless face is supposed to depict the idea that “everyone is Satoshi”.

The statue project was initiated by the idea of crypto enthusiast András Györfi and has been funded by four organizations, Mr.Coin, Crypto Academy, Blockchain Hungary Association and Blockchain Budapest. The statue is set to be erected in Graphisoft Park in Budapest, which is also the location of an earlier statue depicting Steve jobs.

The upcoming Satoshi statue is not the only one to commemorate crypto culture. In 2018 a seven-meter long steel monument was built in the city of Kraj in Slovenia. The monument was partially funded by the Luxembourg-based crypto exchange Bitstamp.

The state of Hungary seems to generally have warmed up to crypto recently. On May 11, the country’s government announced plans to lower the taxation of crypto trading from 30.5% to 15% as part of a national economic recovery program.