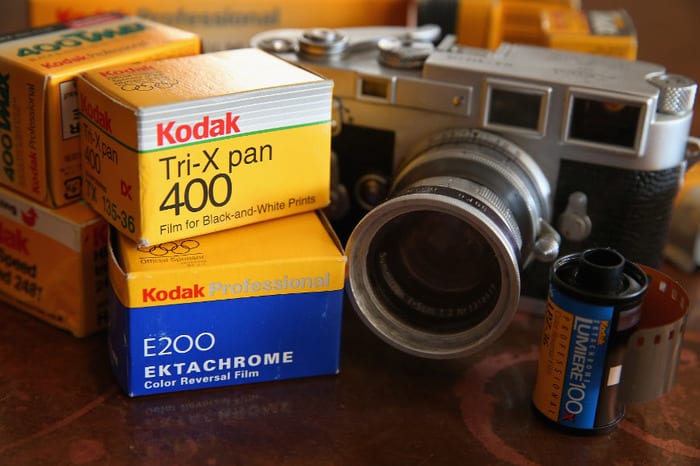 Volatility has returned to cryptocurrency markets with most of the cryptocurrencies falling on lower levels and losing their all-time highs. Or at least it seems so, though it is possible that most of this fall is caused by false news and misunderstandings. Two main factors have affected cryptocurrency prices this week: CoinMarketCap changing how it manages it statistics and rumours circulating that South Korea would be ready to ban bitcoin and cryptocurrency trading completely. This, however, seems to be false news.

Despite the market panic and volatility, cryptocurrency markets stand steady with a combined market cap of 684 billion dollars. According to estimates by an analyst of Royal Bank of Canada, this could be just a beginning, since cryptocurrencies could easily claim part of trillion dollar industries like international remittance markets and file storing.

As the cryptocurrency markets continue to grow, more and more players are trying their foot on the field. One of the biggest recent movers is the photography giant Kodak, which is launching its own cryptocurrency and blockchain in the near future.

Though it’s hard to presume which way the markets will go in the near future, the longer term future seems bright for both bitcoin and other cryptocurrencies.

Last monday the cryptocurrency markets seemingly crashed, with all of the main cryptocurrencies losing as much as tens of percents from their market cap. This crash was mostly illusory, however, as it resulted from the premiering cryptocurrency statistics site CoinMarketCap changing the way it processes data, instead of a real market activity.

CoinMarketCap stated that it has removed three Korean exchanges from its statistics because of the extreme divergence in price between them and the rest of the exchanges. According to CoinMarketCap the change will make average price data more reliable and relevant for the users.

Though the price fall resulted from CoinMarketCap’s change in how it processes data and most local prices weren’t immediately affected, many thought of it as an actual crash, which resulted in some panic sellings in the markets. This in turn led to the actual prices falling as well.

Some prices were affected more than others, with Ripple losing almost half of its price, falling from the all-time high of 4 dollars a piece to 2 dollars per ripple. Litecoin fell from prices of over 300 dollars to 230 dollars. Bitcoin’s price was somewhat affected, but it still remains strong. Currently bitcoin is exchanging for 13 600 dollars.

Last Wednesday the news-agency Reuters reported that South Korea’s government is in the plans of banning cryptocurrency trading in the country. This combined with the CoinMarketCap’s statistical changes sent bitcoin’s price downwards, though not as much as many would have believed. Though bitcoin is far from the all-time high of 20 000 dollars, it still maintains its high price.

“Justice Minister Park’s comments related to the shutdown of cryptocurrency exchanges is one of the measures prepared by the Ministry of Justice, but it’s not a measure that has been finalized” Presidential Office’s spokeman told the press.

Even if the legislation is approved, it is unlikely to come in effect any time soon. For an outright ban of virtual currency trading, the legislation would require a majority vote of the total 297 members of the National Assembly. According to Reuters this process could take months or even years.

Kodak Launches its Own Cryptocurrency

The photography giant Kodak has announced that it will launch its own blockchain-based cryptocurrency and host an ICO funding round at the end of January. According to Kodak the purpose of this new blockchain project is to work as a ledger of digital rights for photographers.

As blockchain is tamper-proof and capable of time-stamping data, so everyone can check when it was created, it works as an ideal registry for copyrights. Especially in the digital era when copying and manipulating data is easy, the copyrights as we have learned to know them are being challenged. With blockchain Kodak wants to bring forth a new medium of digital rights.

“For many in the tech industry, ‘blockchain’ and ‘cryptocurrency’ are hot buzzwords, but for photographers who’ve long struggled to assert control over their work and how it’s used, these buzzwords are the keys to solving what felt like an unsolvable problem. Kodak has always sought to democratize photography and make licensing fair to artists. These technologies give the photography community an innovative and easy way to do just that” Kodak CEO Jeff Clarke said in a statement.

Kodak’s blockchain will also work as a medium of exchange for creators. Users of blockchain can pay for digital rights for other users using KODAKCoin, the native token of the blockchain. Kodak has already begun pre-selling its KODAKCoin for investors. For an example Vancouver-based Global Blockchain Technologies Corpo announced that it’s going to invest 2 million dollars in KODAKCoin.

Kodak is stepping in cryptocurrency and blockchain business big time. Besides launching its own cryptocoin, Kodak has also licensed its name for a new Bitcoin-miner. This step in cryptocurrency seems to have been a good move for Kodak. According to Google’s data Kodak’s stock price has is up more than 75%, rising above $11, having begun the week just over $3.

Royal Bank of Canada has published a report by its capital market analyst Mitch Steves. In the report Steve states that cryptocurrency and blockchain technology application markets could increase thirteenfold in 15 years, becoming a 10 trillion dollar business.

According to the report “Crypto Currency & Blockchain Technology: A Decentralized Future” Steves foresees cryptocurrency and blockchain technology could potentially be major players in remittance and file-storing business. 10 trillion represents one third of the current size of the market for value storage.

Steves thinks that the smart move for investors is to get involved in cryptocurrencies directly. If an investor wants to buy traditional stocks instead, they should look out for stocs of companies like AMS and Nvidia, whose chips are used to power cryptocurrency mining.

If cryptocurrency and blockchain applications manage to get even a small percentage of the pie shared by remittance and file storage markets, markets are sure to see major growth in the future.

A Finnish author who has been writing about cryptocurrencies for over eight years.
0 Comments
Inline Feedbacks
View all comments
PrevPreviousWeekly News 1 / 2018 : This Year Looks Good for Crypto
NextBitcoin cash payments to Coinmotion customers have been executedNext
Sign up