While 2018 may have been a bit boring for cryptocurrencies, the same cannot be said of this year. Currently hovering above $11 000 dollars, Bitcoin has flipped back and forth with somersaults that make even experienced rollercoaster riders dizzy. We editors are certainly dizzy, since writing any news about bitcoin’s current course can be rendered invalid within minutes. Instead, we’ll let our long-term analyst Toni Kosonen deal with the matter in his newest technical analysis.

This week we have a bunch of interesting news, starting from the resistance Facebook’s upcoming Libra cryptocurrency has faced. Different states, companies and central banks have all voiced their concerns over Facebook’s project, since it is feared to give the social media giant excessive power over the economy. If authorities and legislators are not convinced, it may take quite a while for Libra to enter wider use.

In other news we have mathematical truths in the form of statistics; Bitcoin is one of the hottest trends on Google, its criminal use is down to one percent and over a fifth of all bitcoin owners are so called hodlers. Additionally, former CIA whistleblower Edward Snowden has praised Bitcoin as the embodiment of economic freedom.

We have also published an article about Denarium Coins and why they are one of the safest ways to store bitcoins. If you are not yet familiar with the concept, it’s worth checking out.

Facebook’s Libra cryptocurrency has met political and judicial resistance. Legislators, banks as well as organizations around the world have publicly taken a stance on the matter and demanded either more information or stopping the project completely until its qualities and possible dangers have been assessed.

In the United States a group of legislators from the Democratic Party have signed an open letter demanding Facebook to halt the development process of the cryptocurrency. According to the legislators Facebook has shown earlier recklessness regarding user rights, whereby the cryptocurrency project and its potential should be viewed critically.

Also the financial supervision authorities in the United Kingdom have been alerted by Libra. According to Christopher Woolard from the Financial Conduct Authority, merely the existence of Libra forces governments to rethink what is desirable or acceptable. FCA has even suggested banning Libra altogether.

With similar examples from other countries, these concerned voices are unlikely to be silenced without answers. In order for Facebook to truly be able to launch Libra, there is still a rocky road of technical and political battles ahead.

The Finnish financial publication Kauppalehti has interviewed Henry Brade, vice CEO and chairman of the board of Prasos Ltd, the company behind Coinmotion. According to Brade bitcoin’s course movements at the moment are even more volatile and unpredictable than usually. However, Brade believes Bitcoin’s course will have long-term growth in the future.

The heated markets have also warmed up the customer flow of Prasos and its subsidiaries. All services of Prasos have reported significant increases and the company is about to break several records.

According to Brade the current course rise is different than the market situation in 2017. The past years have brought several institutional and traditional investors and the markets are generally more mature, as Bitcoin’s infrastructure and people’s understanding of it have grown.

Only 1% of Bitcoin use related to criminality

According to blockchain analysis company Chainalysis, roughly $515 million dollars worth of bitcoins have been used for criminal activity, such as drug trade and money laundering, during the past six months. The number is expected to exceed one billion by the end of the year, which would in dollars be more than ever before.

Even though bitcoin’s criminal use is at a record-high, the relative amount of criminal activity compared to legal activity has decreased significantly. According to Chainalysis only one percent of bitcoin use is related to any kind of criminality. Back in 2012 illegal activities formed an estimated 7% of all bitcoin traffic.

Bitcoin still remains the most popular cryptocurrency on the Internet’s dark marketplaces, even though its use in relation to other cryptocurrencies has decreased. The second most used cryptocurrency is the privacy-focused Monero providing advanced anonymity. However, traditional fiat currencies remain by far the most common choice for criminals.

Bitcoin is googled more than celebrities and election results

According to a new research by Coinbase, Bitcoin’s use has been growing in the United States. The research collected publically available data, Coinbase’s own user activity as well as a questionnaire by the American YouGov research workshop.

In the past year the word “Bitcoin” was more searched in Google than “royal wedding”, “election results” or ”Kim Kardashian” in the U.S. Coinbase’s research states that also YoTube has reported records in Bitcoin searches.

According to the report, 58% of Americans have heard of bitcoin. 15% in turn intend to buy bitcoins or other cryptocurrencies within the next year. The main reasons for acquiring cryptocurrencies are a will to spread out investments, belief in the potential of decentralized currencies as well as a chance to learn about blockchain technology.

More than 20% of all bitcoins owned by “hodlers”

Roughly 21.5% of all bitcoins have remained untouched for the past five years, reports a study by Delphi Capital. In other words, over a fifth of all bitcoins are owned by so called hodlers. A hodler is a nickname for people who hold on to bitcoins or other cryptocurrencies regardless of market fluctuations.

The research also states that approximately 60% of all bitcoins have remained unmoved since last year. Delphi Capital also suspects that many transactions indicate bitcoins have been moved to offline cold wallets. According to Delphi Capital this means that an increasing amount of bitcoin users are becoming hodlers.

Delphi Capital interprets that the growing amount of hodlers is a general positive sign indicating long-term trust in Bitcoin and its potential.

Edward Snowden, a former CIA whistleblower having revealed the global PRISM spy system, has appeared in the Bitcoin 2019 event in San Fransisco. In the event Snowden commented the development of societal spying and Bitcoin’s positive sides.

According to Snowden spying is not only limited to states, but also banks, companies and other parties all want their share of people’s privacy. According to Snowden upcoming developments in machine learning and artificial intelligences will make violating privacy even easier.

”To me this is the most interesting thing about Bitcoin. Bitcoin is free money. And I don’t mean that because the price is rising. What I mean is that it is the first free money, right? You are able to exchange and interact permissionlessly. When I think about privacy, about liberty, that’s what this is all about: It’s freedom from permission,” Snowden states. 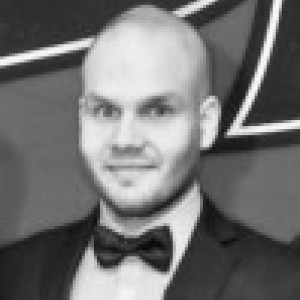