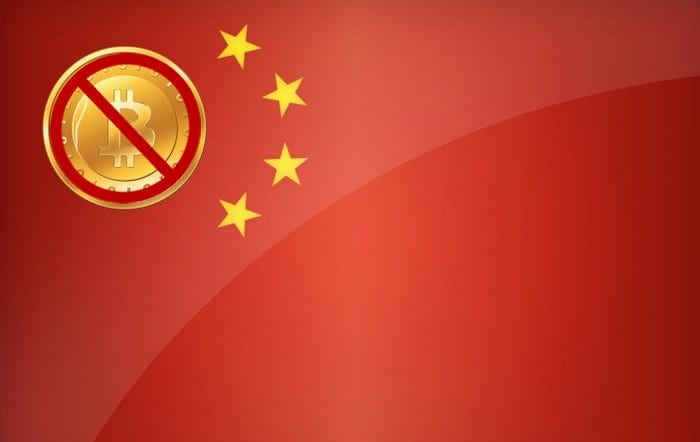 This week has been a week of havoc as cryptocoin markets have shed millions and millions of dollars from their networth as investors have been taking in their earnings and the international media has preached about the death of Bitcoin – once again. As always, volatility is great for investors, and for many who have been looking for good places to buy, now is your chance.

Reasons for this dramatic drop has everything to do with China. As China has been the biggest player in both Bitcoin mining and exchanges, it has held sway over the markets. When something happens in China, it ebbs and flows thru the markets causing prices and markets to shift.

Last week China implemented a blanket ban on trading ICO tokens for bitcoins, as the People’s Bank of China deemed ICO trading to be in conflict with China’s laws concerning investments and money exchange. Many exchanges halted their ICO trading, after which the price of bitcoin begun a steady decline. This also affected the cryptomarkets in general and its effects were felt in price of all the other major cryptocurrencies.

Now China has indiced the media panic even further, as reports are coming from the Red Dragon indicating that China might implement new heavy restrictions on Bitcoin exchanges and even halting them completely. According to media sources the government of China will either take cryptocurrency exchanges under heavy public control and supervision or they will ban the exchanges completely. New rules concerning Bitcoin trading are said to come in effect at the end of this month.

Even though it’s still uncertain and somewhat obscure what kind of actions the government will take, at least some of the Chinese exchanges are taking the threat seriously. One of the largest Bitcoin exchanges in the world, BTCChina has stated that it will halt its trading operations at September 30th. A smaller bitcoin Exchange, ViaBTC, gave similar statements, announcing that it will close its services at the end of September. After the news reached investors, a series of panic selling ensued, which made the cryptocoin markets fall dramatically.

As China cracks down on Bitcoin exchanges, other countries of Asia are making strong moves in taking the leading position previously held by China. Many of the more developed Asian nations, like Japan, Thailand and South Korea are seeing a growing local interest in Bitcoin. As the interest grows, both the local governments and enterprises are making good use of the situation.

A Japanese digital services firm GMO has revealed new details about its forthcoming Bitcoin mining venture. GMO has raised $90 million, which it plans to invest on a new mining center in Europe. The center will be one of the largest in Europe and in the world. GMO has already invested at least $3 millions on developement for new kinds of mining chips and begun working on the mining facilities themselves.

According to GMO the Japanese company will begin its mining ventures on the first quarter of 2018. The president of the company Masatoshi Kumagai also revealed that GMO will rent hashing power for those interested in mining.

GMO is not the only Japanese big company that has plans for mining ventures. Big Japanese e-commerce corporation DMM has also announced that they will be getting into the mining business. DMM plans to begin testing its own mining systems in October. According to their preliminary plans they chips may enter full production as early as the end of the current year.

In Thailand the government is planning to regulate ICO tokens in a move directly opposite of the complete ban set up by the Chinese goverments. Thailand’s Securities and Exchange Commission have said that “some ICOs may resemble financial returns, rights and obligation”, which would mean that they would fall under the same rules as more traditional securities offerings.

“The SEC Thailand encourages access to funding for businesses, including high potential tech startups, and realizes the potential of ICO in answering startups’ funding needs. In cases where an ICO constitutes offering of securities, the issuer will need to comply with applicable regulatory requirements under the SEC Thailand’s purview” SEC wrote in their statement.

After a development period of over six months, a new version of the Bitcoin’s reference software Bitcoin Core has been released. This is the 15th major update of Bitcoin Core, the original Bitcoin client based on Bitcoin creator Satoshi Nakamoto’s design and ideas. About 100 of different people contributed to the newest version of Core, which sprouts a plethora of new improvements.

The new version has a brand new data structure which means that the synchronization time of the new Bitcoin nodes is reduces by about 40 percent. Improved structures also let the Bitcoin Core work more efficiently so it uses less memory. The new Core also fixes a bug that could theoretically crash Bitcoin Core nodes.

For a user the new Core offers several new features and improvements. For an example the new Core has updated fee estimation, which makes the transactions sent from the core to confirm more quickly. Users can also use the new “replace-by-fee” feature, which lets them replace a lower fee of an already sent transaction with a greater fee, so it will confirm more quickly.

This is also the first time Bitcoin Core lets users handle multiple wallets at the same time. Wallets have their own addresses, keys and funds, and they can all be accessed from the same Bitcoin Core node. The multi-wallet support is still in its developing stages and it needs some understanding of how the command line works, but the multi-wallet support will be more friendly in the future updates.

All in all it is an improvement for the Satoshi’s client and thus for the Bitcoin infrastructure as whole.

A Finnish author who has been writing about cryptocurrencies for over eight years.
0 Comments
Inline Feedbacks
View all comments
PrevPreviousWeekly News 36/2017: Volatility increases as China bans ICO’s
NextCoinmotion brand renewalNext
Sign up