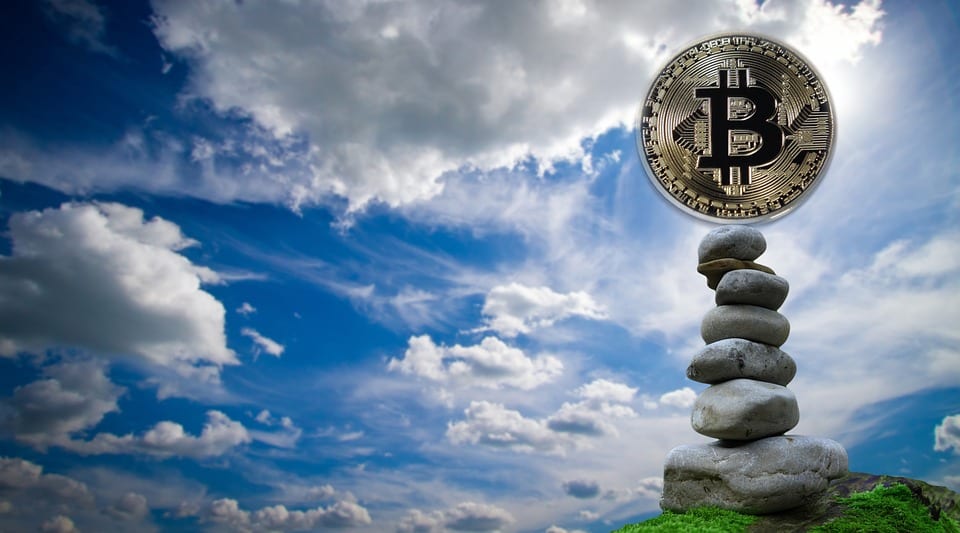 The entirety of the year 2018 – especially the summer – has been somewhat slow in the cryptomarkets, at least when compared to the overheated economy of last December, when most of the major cryptocurrencies bubbled up when billions of new money was pumped into the economy. For many speculators looking for quick profits it might not have been the best possible thing, but there’s also another side in the market movements.

Several studies and new-found data suggests that Bitcoin and cryptocurrency markets are becoming more mature. The volatility is getting smaller and more and more people are actually using Bitcoin instead of merely hodling it and praying for some unexpected surge in Bitcoin price. The cryptocurrency is becoming an actual form of usable money instead of just an instrument of speculation.

This week we are looking at studies involving both the volatility and cyberthreats. We are also investigating the major bug found from Bitcoin code and how it affects the development of Bitcoin – or at least how it should affect it.

Last week a major bug was found from the Bitcoin Core reference software. The bug could have allowed malicious miners to take down parts of the entire Bitcoin network and even print more bitcoins than the 21 million hard-coded cap. If someone had exploited the bug, it could have resulted in problems for the entire Bitcoin system and even in the possible need to hard fork the blockchain.

The bug was repaired as soon as it was found, but nonetheless the severity of it and the fact that it hid in the code for about 2 years before anyone noticed it raised many questions in the community. Bitcoin is open source, which means that anyone can examine the code for bugs, vulnerabilities and such. But if people don’t examine the code, then the advantages of open source code won’t get utilized.

“If all of Bitcoin Core’s policies and practices are kept the same, then it’s inevitable that a similar failure will eventually happen again, and we might not be so lucky with how it turns out that time,” Themyos, a moderator on Bitcoin forum on Reddit, argued.

“Perhaps all large bitcoin companies should be expected by the community to assign skilled testing specialists to Core. Currently a lot of companies don’t contribute anything to Core development,” Themyos continued.

Bitcoin Core contributors James Hilliard and Greg Maxwell mostly agreed with Themyos’ points. More Bitcoin application and service developers should spend more of their resources on testing Bitcoin Core and its code. The less companies are willing to do research on the code, the less Bitcoin community can profit from the open nature of Bitcoin code.

The cybersecurity firm McAfee labs has released a new threat report, which indicates that crypto mining malware attacks used by hackers have grown by 86% in the second quarter of 2018. More than 2.5 million new malware coin miner samples were found in quarter two of 2018.

The report also stressed that hackers using crypto mining malware are constantly trying to find new ways for their illegal mining. For an example hackers are targeting more and more targets such as routers and video cameras connected to the Internet. The so-called Internet-of-Things applications are also a very attractive platform for attackers.

Researchers from universities of Fudan, Tsinghua and California Riverside have produced the first systematic study on malicious mining of cryptocurrencies, or “cryptojacking”. According to the study the hackers utilizing cryptojacking are becoming more proficient and their code more sophisticated. The study also suggests that this development will continue in the future.

Cryptojacking is a form of attack where the hacker infects users computer with a malicious code hiding in an application or browser extension, which then mines cryptocurrencies for the hacker without the victim usually not even noticing a thing, except a slight slowing down of their computer. Other form of cryptojacking is infecting a webpage with a piece of code that utilizes the visitors’ processing power to mine cryptocurrencies.

According to the researches the current way of protecting against cryptojacking is inefficient, as the method of “blacklisting” harmful sites is always few steps behind the hackers. The research suggests that as much as 53.9% of malware found by the new methods couldn’t have been uncovered by existing methods.

Researchers indicate that the developers of adblock and antivirus software should use other ways to identify cryptojacking, such as the monitoring of behaviour of the sites and applications. The researchers also believe that new ways of cryptojacking and hiding malicious software will emerge as cryptocurrencies gain more value and traction.

On the other hand some speculators might be disappointed with no big moves in months, but on the other hand the increasing stability is a sign of both maturing markets and maturing currency. Though the lack of volatility might prevent some from getting quick profits from the markets, the increased stability could bode well for the actual use of bitcoin instead of merely holding – or hodling – onto it.

Another indication of maturing markets comes from a new study by blockchain-analysis firm Chainalysis. According to the new study, both BTC held for speculation and investments remained stable for the Summer at around levels of 22% and 30% of the total BTC supply.

Chainalysis suggests that this might be a sign of maturing markets. News and hype seem to affect bitcoin and cryptocurrency prices less and less, as people are becoming to understand more of the fundamentals of the cryptoeconomy. This is turn could make cryptomarkets more resistant against bubbles or volatility.

More Bitcoin in Active Wallets Than Ever

“There’s a much larger supply of bitcoin that is liquid. A lot of the people who bought this year are buying smaller amounts. The people are ready – if things were to change and the opportunities to spend it were to arise – to actually spend bitcoin. We have kind of overcome the first hurdle of adoption, getting bitcoin into people’s hands,” economist Philip Gradwell of Chainalysis commented to CoinDesk.

According to Gradwell the future technologies and improvements, such as the Lightning Networks, could tip the scales even further, thus making bitcoin actually an actively used currency instead of just a means of speculation and investing.

“You don’t see wild fluctuations in the wealth between investment accounts and active transactional accounts. This is a sign of maturing market with less volatility,” another Chainalysis economist, Kimberly Grauer, told.

A new, interesting form of cryptocurrency has been launched in Africa. The so-called “hybrid currency” mCoin is a cryptocurrency, which can be transferred over text messages or through a specialized smartphone application. What makes the coin special, is that it doesn’t require Internet connections, as the system uses regular mobile phone access to connect the users to each other.

According to a London-based ONEm Communications, the company behind mCoin, the new cryptocurrency is specifically designed to solve the problems of Africa, where many people have access to mobile phones, but the access to Internet still remains far more restricted.

“We believe when combined with informational and community-based services; this can leverage their happiness by giving them simple and effective tools that extend their capabilities. Africa is just the beginning; we will be launching in many countries all over the world to allow everyone to enjoy cryptocurrency on ordinary mobiles,” CEO of ONEm, Christopher Richardson commented.

In practice the ONEm Wallet works superficially in the same way as traditional cryptocurrency wallets connected to the Internet. The difference is that communication and transaction between different participants is mainly conducted over traditional phone services, such as mobile phone lines and SMS messages.

If mCoin can gain traction, it can be a major boon for millions of the unbanked people in Africa and other developing countries.

A Finnish author who has been writing about cryptocurrencies for over eight years.
0 Comments
Inline Feedbacks
View all comments
PrevPreviousWeekly News 38 / 2018 : A Major Security Flaw in Bitcoin Fixed
NextWeekly News 40 / 2018 : September Ends With Record Low Bitcoin VolatilityNext
Sign up