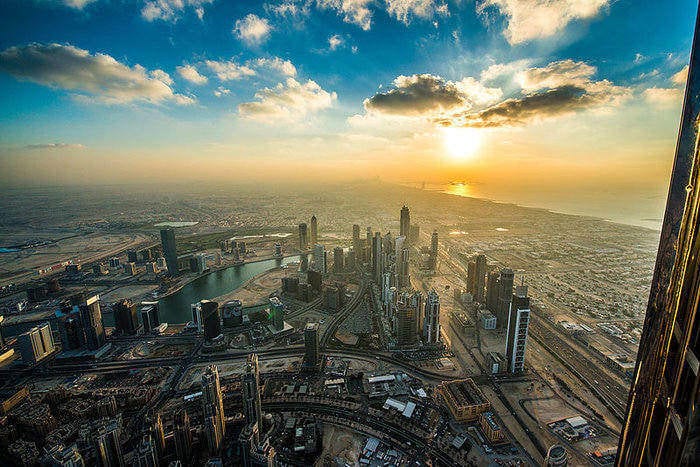 After a week of volatility and bear markets, bitcoin’s price has risen above 4 300 dollars, eyeing for higher ranges of 4 400 dollars. Currently the average price of bitcoin reported by the exchanges is around 4 395 dollars and it seems like anything can happen.

The mainstream adoption of Bitcoin and cryptocurrencies is moving forward at a high pace, but at the same time things like China’s bitcoin ban still cast shadows on the markets. Many things could happen.

Nonetheless the current price of bitcoin remains far above where it started in the beginning of the year. Though in a short term bitcoin’s growth has seen its share of troubles, in the larger scale the process has been smoother and faster than any could have predicted.

“EmCash will be considered legal tender for various government and non-government services, from their daily coffee and children’s school fee to utility charges and money transfers” said Ali Ibrahim, the Deputy Director General of Dubai Economy.

Dubai has previously stated its ambitions of becoming the fintech hub for the eastern world. The government is investing heavily on blockchain technology and the fintech industry is growing. According to the officials Dubai is willing to be the first country in the world willing to embrace a completely new economic system made possible by blockchain.

“We are essentially creating a whole new economic ecosystem. It will harness Blockchain technology to make financial transactions cheaper, faster and more secure while demonstrating the huge advantages of embracing this technology for governments, business and customers alike” Ali envisioned.

Bitcoin is a Protocol of Profits

According to Morehead Bitcoin is fundamentally a protocol, like that of TCP/IP protocols to which lots of modern information technology is based on. In the world of Internet, applications like Google and Gmail built on top of these protocols take the most profits. But unlike the protocols powering the Internet, Bitcoin and other cryptocurrencies are different. With Bitcoin the protocol (the bitcoin tokens) take 95 percent of the earnings, while “applications”, such as exchanges and wallet services, take a far smaller share of the profit.

“Only a tiny bit of profit is in the companies. For an example the cryptocurrency exchange Coinbase only has a valuation of about $1.5 billion, compared with bitcoin’s more than $70 billion capitalization. This has a very interesting implication for investing” Morehead said.

“Bitcoin is essentially going to revolutionize currency, or money. If it does work, the upside is so high that it’s a rational, expected thing to have bitcoin in your portfolio” he pondered.

Bitcoin adoption is rapidly growing in Japan. Remixpoint, a large Japanese company engaged in providing energy, energy technology and automobile business has launched a new electricity service that lets people buy electricity directly with bitcoin. The company even offers a discount for customers who choose to use bitcoin.

“We introduce a new scheme that makes maximum use of the integration of the power retailing business and virtual currency exchange management. By using our electricity service, we propose a total cost reduction from existing services by introducing bitcoin and energy-saving equipment” the company stated in its press release.

According to Remixpoint the savings and discount systems provided by electricity companies usually offer only minimal benefit for low-voltage customers, such as many households. By using bitcoin payments, the company can give the ordinary customers the ability to save up to 3 percent in fees.

Remixpoint is a large electricity company. It’s listed on the Tokyo Stock Exchange and it has a market capitalization of about half-a-billion USD. It’s bitcoin payment services are processed by the company’s cryptocurrency subsidiary, Bitpoint. Bitpoint was one of the first of Japan’s bitcoin exchanges that were granted the license to operate cryptocurrency exchange in Japan under the country’s new virtual currency rules.

Blockchain to be Used to Clean Niger River

The Ogoni Kingdom, homeland of the indigenous Ogoni people of southeast Nigeria, is among one of the most polluted regions in the world. Ogoniland is situated along the delta of Niger River, which has become polluted by the oil industry of the region. This has led to the destruction of livelihoods of many fishermen, farmers and other who feed off the land.

According to United Nations Environment Programme, it could take up to 30 years for full environmental restoration of Ogoniland, but corruption, mistrust and the lack of accountability have stalled the progress to a halt. Now a US-based non-profit organization, Sustainability International, is planning to use blockchain to solve these problems.

“Our pilots will begin with one farm, then expand the cleanups to multiple farms at a time by the third cleanup, using hardware and blockchain to efficiently execute multiple cleanups. Using decentralization, we will enable distributed data collection and secure payments to villages, engineering accountability, economic inclusion and community engagement” Chinyere Nnadi, the CEO of Sustainability International, told Bitcoin Magazine.

The project aims for nothing less than “rewiring” the society where none of the actors no longer trusts each others. In a society rampant with corruption, bribery and lies, blockchain’s system of trust can be a gamechanger.

A Finnish author who has been writing about cryptocurrencies for over eight years.
0 Comments
Inline Feedbacks
View all comments
PrevPreviousWeekly News 39 / 2017: Bitcoin Prices Affected By a Potential ICO Ban
NextWeekly News 41 / 2017: Bitcoin breaks all-time high of over 5 500$Next
Sign up