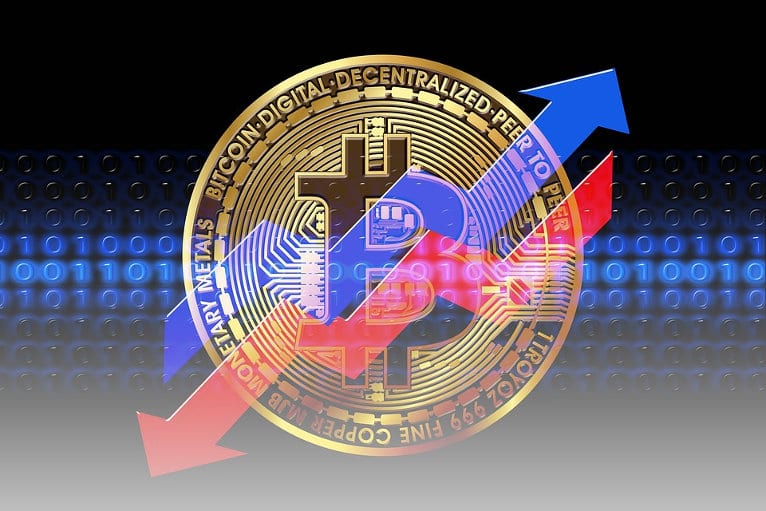 After rising back to the levels in midway between $3,000 and $4,000, bitcoin has also resumed its sideways movement, and once again it seems unknown to which way the price will go – at least on the short term.

This week we are looking at news that some consider to be negative – such as cryptocurrency firms suffering, miners cutting down on their hashing, people losing interest on ICOs and things like that. Even though the passing year has been hard for many people, all of these things have a silver lining.

It’s clear now that 2017 formed a big bubble to the cryptocurrency space. Many companies, investors and users with little to no knowledge about the phenomena jumped onto hype. When the hype calmed down and the market correction begun, this kind of investors and institutions suffered big losses.

This in turn led many of them to leave the markets. Though this meant that the price would plummet, it also meant that businesses with little to no actual business plan, investors who just wanted to get rich fast and quick and so on have been shed from cryptocurrency space. The space is now far healthier than before, with far less hype, far less incompetent business actors and so on.

Many believe that this gives a good ground for the next period of growth, which will probably be far less about hype and far more about the technology and the growing economy.

Several users of the popular Electrum wallet have been attacked by a malicious hacker with a so-called phishing attack. According to reports, the hacker has stolen about million dollars worth of bitcoin from Electrum users.

“The hacker setup a whole bunch of malicious servers. If someone’s Electrum Wallet connected to one of those servers, and tried to send a BTC transaction, they would see an official-looking message telling them to update their Electrum Wallet, along with a scam URL.”

“There is an ongoing phishing attack against Electrum users. Our official website is https://electrum.org. Do not download Electrum from any other source,” Electrum commented.

Many of UK’s Crypto-Companies Are Going Under

At least 340 crypto-companies have been dissolved during 2018. The number is more than twice the amount of dissolved companies in 2017, when only 139 companies were dissolved.

Most of the companies that were dissolved in 2018 were registered in 2017, suggesting that they were companies that tried to jump on the hype-train which lead to a bubbling of bitcoin’s price. Because these companies came to the business mostly because of the hype, many of them hadn’t calculated that the price of cryptocurrencies could go down. When the bubble bursted, most of these companies went out of businesses.

Even though the number of companies has dropped, for a consumer this can be a blessing. Even if there are less options, the options that remain are of higher quality. The companies that did get through the bubble bursting, are the companies which have a more secure business plans and more resilient infrastructure.

“What you’ve had since the crash is a clean-out of the companies that don’t really have much and probably shouldn’t have been there in the first place,” long time crypto-entrepreneur Hugh Halford-Thompson commented to SkyNews.

A research published by the Wall Street Journal has revealed that hundreds of cryptocurrency offerings show sings of frauds, plagiarism and impossible returns.

“To identify duplicate language, the Journal compared sentences with at least 10 unique words to every other sentence in other white papers. Reporters then read and reviewed nearly 10,000 sentences appearing more than once among the 3,291 papers analyzed and removed technical and legal sounding language. Then, the Journal compared reported offering dates to determine which document first published any given sentence and excluded those projects from this database.”

The analysis for duplicates found out that about 16% of the white papers showed signs of plagiarism and identity theft. Over 2,000 of the 3,291 projects gave impossible returns and claims, such as that there is nothing to lose and guaranteed profit.

WSJ also found out that many of the projects didn’t list their developers at all, or listed fake members with stolen or fake identities and pictures.

WSJ’s research gives additional weight to the main criticism on Initial Coin Offerings and other similar cryptocurrency projects. At least this research seems to suggest that many, if not even most, of ICOs and other projects should be left alone.

A digital assets newsletter Diar has reported recent statistics on ICO projects. According to the statistics, ICO fundraising has fallen to the lowest levels of 2018, with only $65 million being raised in November.

In January ICO projects raised about $2.4 billion and in February almost $2.6 billion. Thus the drop in investing is considerable. Additionally it seems that December will continue the trend with companies gaining less and less money with Initial Coin Offerings.

Reasons for this decline in ICO are several, with two main reasons being raised. First the governments around the world have been stricter concerning the legality of ICOs. ICOs are a fairly new thing, so many of the countries haven’t got any sort of legislation that would work with them.

“It’s unlikely the contentious fund raising mechanism, at least in its current unregulated format, to garner much interest moving forward with regulated tokenized securities platforms paving the way for a new realm of finding investor capital,” the report states.

Another reason is the general decline of the cryptomarkets that has been going on for the entire year. Most of the ICO tokens have lost far more than actual cryptocurrencies, such as bitcoin, and since the hype with random cryptotokens has cooled down, the people are simply not interested in more and more of these being pushed into the markets.

One of the biggest mining businesses, Bitmain, is going to let off as much as 50% of their working force. According to sources from within the firm, some departments of the firm will be closed down completely.

Another giant, Japanese GMO Internet Group has revealed that it will completely shut off its mining businesses after suffering great losses. GMO will completely stop developing, manufacturing and selling miners.

“After taking into consideration changes in the current business environment, the Company expects that it is difficult to recover the carrying amounts of the in-house-mining-related business assets, and therefore, it has been decided to record an extraordinary loss,” GMO stated.

Other smaller miners are also cutting down on their mining. In general this means that there is less hashing power in the Bitcoin network. This isn’t as bad as it sound, because Bitcoin is still by far the biggest project of decentralized calculation ever conducted, and the amount of hashing power is still more than enough to ensure the security of Bitcoin network.

Controversial Thinkers Are Moving to Bitcoin﻿

The world-famous psychologist and writer, Jordan Peterson, has begun to accept bitcoin donations after facing problems with receiving donations to his Patreon account.

Patreon has previously either restricted or banned several high-profile accounts, such as the author Robert Spencer. According to Patreon, Spencer was banned because of outside pressure, and not solely because of Patreon’s own wishes.

“Hi Robert, we emailed you earlier today which explained that unfortunately Mastercard required us to remove your account. You replied to us but if you have further questions we’re happy to keep emailing,” Patreon commented to Spencer.

It is still unknown if Mastercard is behind the ban of Jordan Peterson as well, but it seems likely in the light of MasterCard’s history. MasterCard was famously one of the companies that banned WikiLeaks, when the platform published the videos and documents detailing the several misuses of power in the U.S. government.

Bitcoin has proven to be an effective way to sidestep monetary censorship. The cryptocurrency is decentralized and there is no single points of failure which could be used to stop the transactions. If monetization platforms and payment providers continue to increase their monetary censorship, it is likely that more and more thinkers, writers and politicians will move to cryptocurrencies.