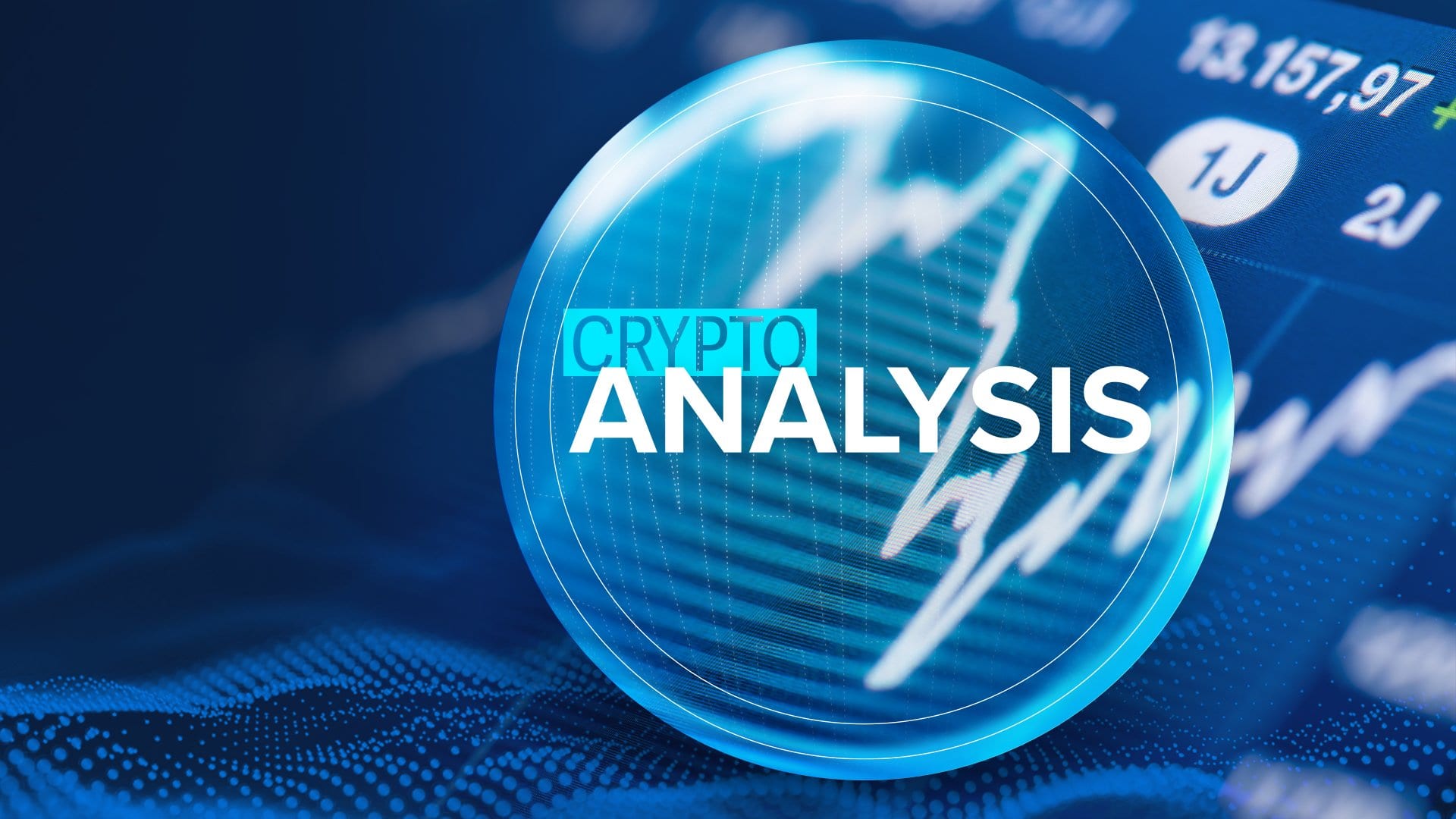 In a technical analysis a month ago I wrote that the moving average from 100 weeks (weekly SMA100)  is a strong support and that I trust it quite a bit to stop the drop which realized at least on the weekly chart.

I also wrote that the weekly SMA20 is the obvious resistance where the price would go in the case of an up move and there this strong spike stopped.

I thought the same in the previous analysis too and warned not to trust the ‘bear flag’ pattern too much. 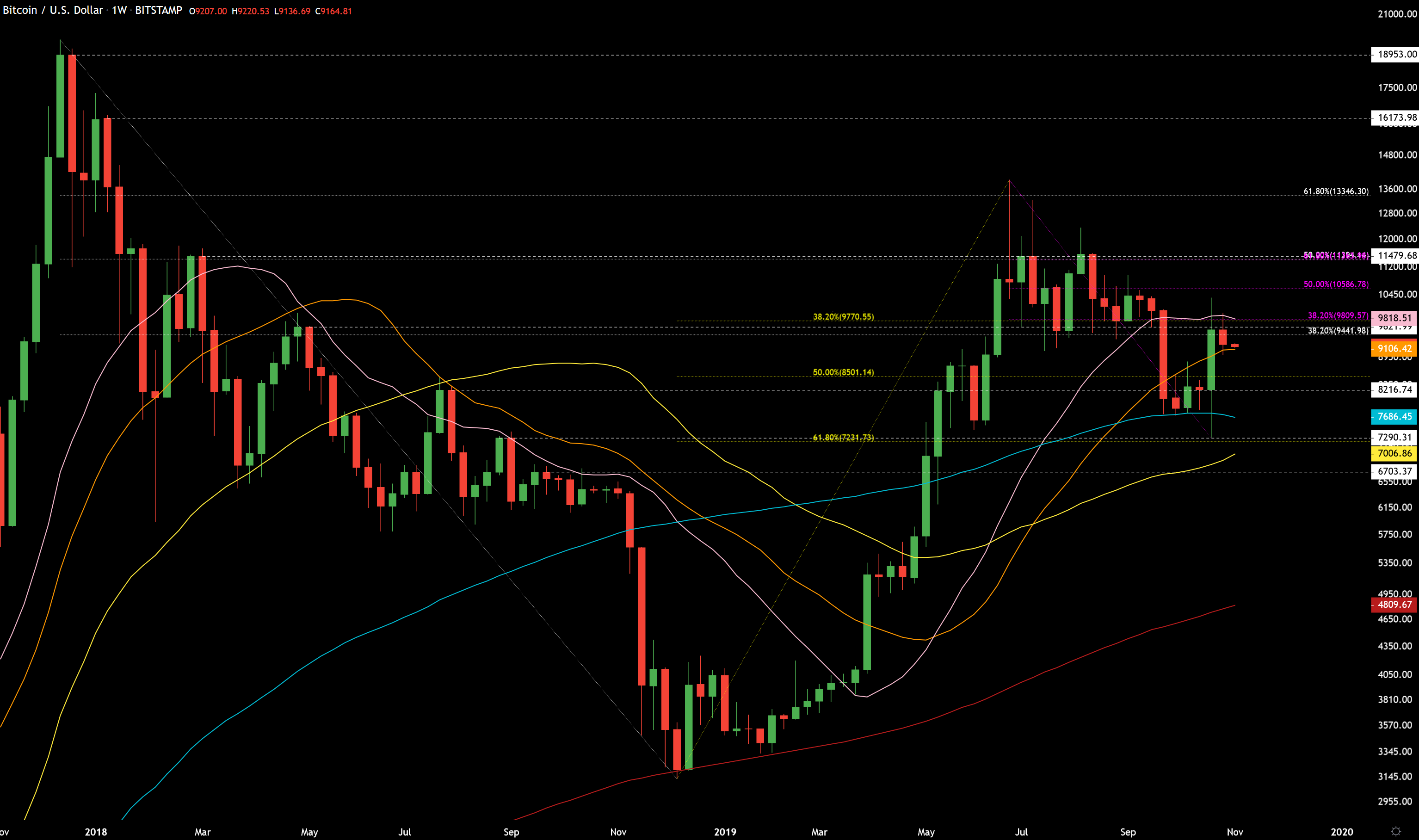 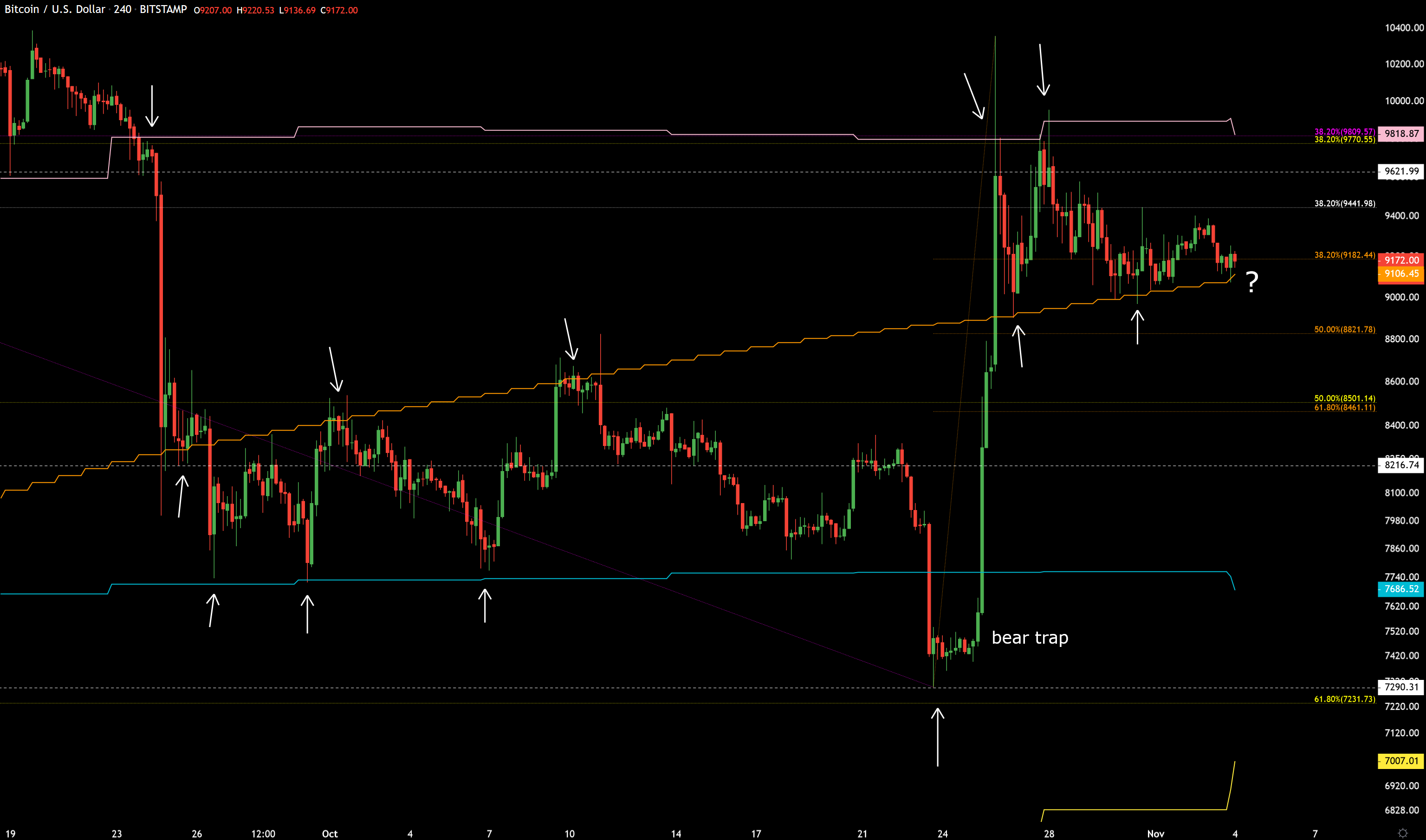 Same tools in 4H chart to show better how well these support/resistance levels worked during this price action. I added one more fibonacci level from $7300 to the recent top at $10350 (orange).

This was a strong move from $7300 and because of that probably the end of the correction from $13900. Now the question is when this smaller correction from $10350 is going to end. For now the daily SMA200 is holding nicely as you can see from the chart, but if it were to get broken then dump to $8800 to $8500 would probably end the correction.

Any strength up from here and we might very well get above the weekly SMA20 and that would mean probably strong buying. This buying might take us fast as high as $16000 in my opinion. You can see a weekly horizontal level there on the first chart.

The author has written over hundred bitcoin analyses in the span of five years and is very experienced in trading bitcoin. 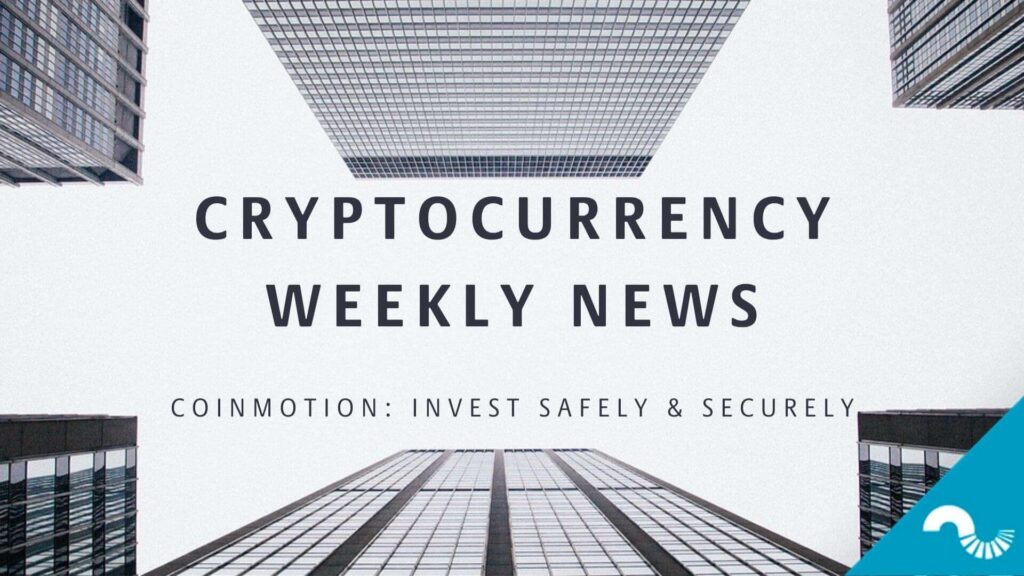