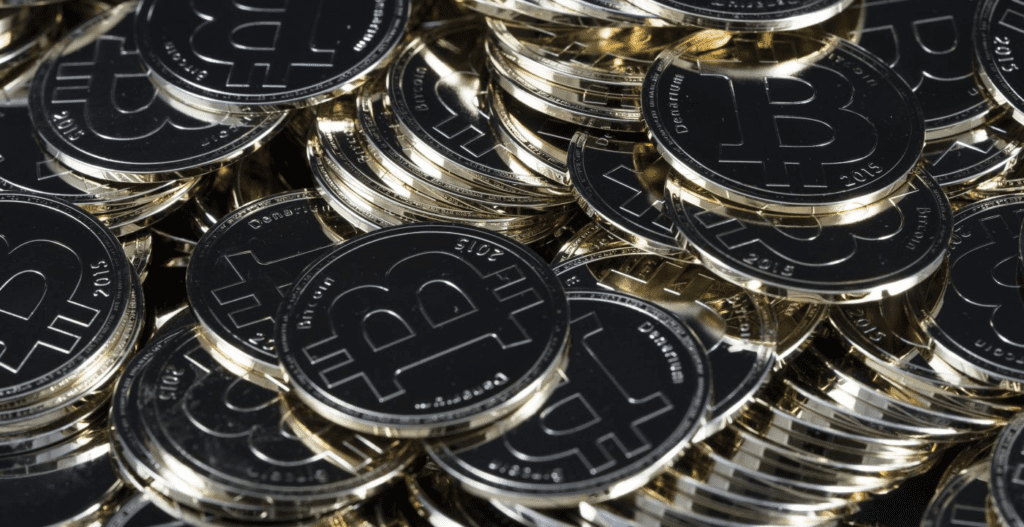 Using Coinmotion with an internet browser is simple, whether it’s by phone or computer. Now using Coinmotion is even easier, as we have recently published a native app for the service allowing it to work even better with phones and tablets.

This week we will talk more about this new app. Additionally we will check out data according to which the number of wallets containing more than one whole bitcoin is growing. These big wallets now hold a majority of the value of all bitcoins.

In other news we have China’s recent seizure of billions of dollars worth of cryptocurrencies, applying blockchain to emergency services and much more.

Finland’s leading crypto exchange service Coinmotion has published its own native application. With the app users can manage their funds, deposit euros and use all other features in Coinmotion’s service.

”Our customers gave us clear feedback that there is high demand for Coinmotion’s native app. This new feature will hopefully answer this demand,” comments Coinmotion’s CEO Heidi Hurskainen.

Aside exchange services, Coinmotion’s app allows users to track cryptocurrency prices in real time. Upcoming updates will also include the possibility to set price alarms among other things.

The app is available for free download from Google Play or Apple’s AppStore.

95% of BTC value in wallets with more than 1 BTC

Respectively all the millions of wallets containing less than one bitcoin constitute only 5% of bitcoin’s entire market value.

Wallets containing one bitcoin or more has also risen steadily from the year 2009 despite bitcoin’s explosive price rise. This seems to show that an increasing number of users see bitcoin as a potential investment worth acquiring in bigger quantities.

Facebook’s Libra digital currency may already be launched next January, reports the Financial Times. The long-developed digital currency will at first be published as a stablecoin pegged to the US dollar.

Three persons involved in the Libra project were interviewed by the Financial Times. According to the sources, Libra will sooner or later be expanded so that its value is pegged to several fiat currencies or commodities.

The Libra Association responsible for managing the project has so far not commented on the news.

Libra has also faced a multitude of difficulties on its path, so the January date may turn out to be an overly optimistic estimate. Several politicians and other decision-makers have earlier stated they will oppose Libra’s launch. Additionally many of Libra’s most notable collaboration partners, including PayPal and MasterCard, have abandoned the project.

China confiscates billions worth of cryptocurrencies

Authorities in China have confiscated cryptocurrencies worth in total approximately $4B dollars. The coins were seized in an operation linked to the PlusToken pyramid scheme.

PlusToken’s 27 main perpetrators were arrested last summer. Additionally 82 other individuals have been apprehended in connection to the case.

Chinese authorities have told the confiscated cryptocurrencies will be liquidated for the benefit of China’s state. It is yet unclear how this process will unfold. If everything is sold at once, it may have a negative impact on cryptocurrency prices.

Ukraine’s Digital Transformation Ministry has published a web series with the intent of guiding citizens about cryptocurrencies, blockchain and Bitcoin-related matters. The series is available for free on YouTube.

The series is composed of eight 6-12 minute episodes, of which each handles a different basic concept or technology related to cryptocurrencies. Viewers of the series are awarded a digital certificate after watching all the episodes.

The blockchain series is part of a project by Ukraine’s government aiming to improve the digital knowledge of citizens. Aside from the series, Ukraine has also produced instructional videos about YouTube blogging as well as using digital technologies in education.

The city of Olsztyn in Poland has become the first locality in the world to implement blockchain in its emergency services. The city’s police, fire department and ambulance services have now started using a blockchain application.

Olsztyn’s blockchain app is based on the Ethereum blockchain and SmartKey technology. SmartKey is a system which combines the blockchain to physical utilities.

SmartKey allows emergency services to for instance enter a burning building without first searching for the apartment’s key or waiting for official permission. With SmartKey and blockchain these processes are automated.

“The use of blockchain and SmartKey technology seems to be like the perfect solution, giving reassurance to building owners and inhabitants, but also freedom for our emergency services,” stated Gustaw Marek Brzezin, marshall of Olsztyn’s police forces.

Cryptocurrency enthusiast who has several years of experience about using cryptocurrencies and writing about them.
0 Comments
Inline Feedbacks
View all comments
PrevPreviousWhat is the best app to buy crypto? Coinmotion is now available for Android and iOS
NextTechnical analysis 2.12: Bitcoin bull might be a bit overheatedNext
Sign up