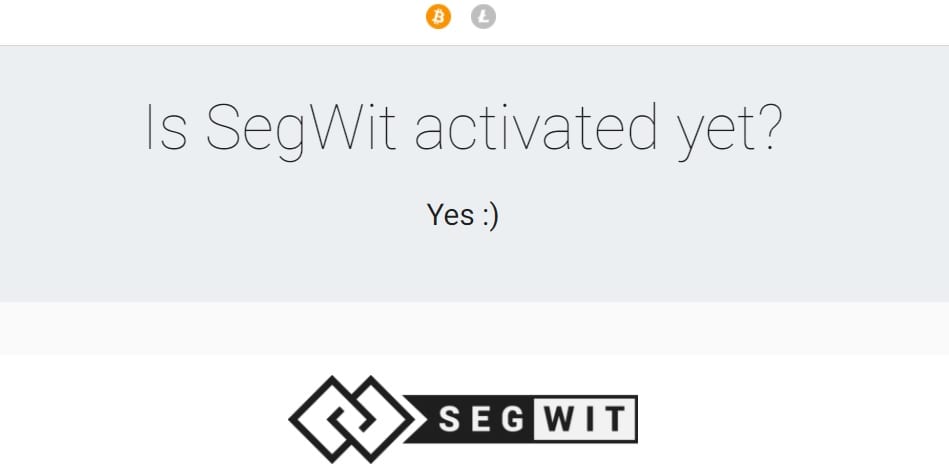 Segregated Witness has been activated

This week has been one of the most interesting, if not even one of the most important, that Bitcoin and cryptocurrencies have ever seen. This is due to the scaling update Segregated Witness having been activated on Wednesday 23.8. This means that from this moment on the Bitcoin infrastructure is faster, more solid and able to meet the increasing demand. The activation of SegWit is a culmination of years of work and it’s seen as the first real major scaling update for the Bitcoin network. 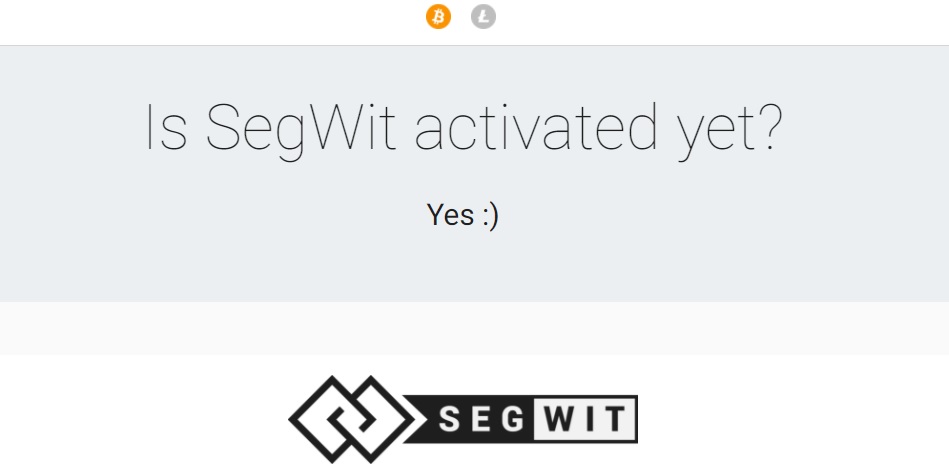 Activation of SegWit means that the future of Bitcoin looks bright indeed. Segregated Witness will scale the network and it will act as a basis for future updates like the Lightning Network, which will make Bitcoin even faster and more effective than any other way to transfer value that mankind has ever come up with.

The activation of SegWit has also been reflected on the current price of bitcoin, which has seen a slight, steady rise. This – of course – does not come as a surprise, for the same effect could be observed when Bitcoin’s “little sister”, Litecoin, activated its own Segregated Witness.

If you’re interested in Bitcoin and happen to live in Scandinavia, you’re lucky, since there will be two important, high profile Bitcoin and Blockchain events in both Helsinki and Sweden.

The first one, KickCity BlockChain and Crypto Meet-up in Helsinki, will be organized on 5th of September in NewCo Helsinki, Ensi Linja 1. This event will be about Blockchain and the possibilities that it offers for organizations and companies (ICO funding etc.). Attending the event is free of charge.

The next one, Blockchain & Bitcoin Conference Stockholm, is held on 7th of September. It will focus on the actual use cases of Blockchain in Sweden and the state of blockchain projects in the country. Experts will share their understanding on how to implement blockchain technology and analyze the current state of Bitcoin and blockchain regulation. More information on the event can be found from the event’s website. 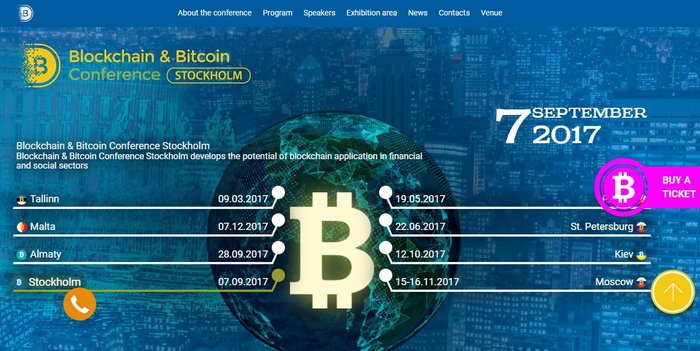 If you’re willing to participate in the event, you can get 20% discount by using the code BLCKCHNNEWS.

It has become a common phenomenon that when traditional economic systems fail, Bitcoin strives. CNBC has published an article about the growing usage of Bitcoin in Venezuela, where Bitcoin is not just making people richer, but also saving lives.

Venezuela is in the middle of an economic crisis. Hyperinflation is eating away the wealth of people and cash has become all but useless in the country. Normal economic activities, like bying food, is becoming harder and harder for the common people.

Enter Bitcoin. Because Bitcoin is immune to the political manipulation and it is independent from traditional monetary systems, Bitcoin is extremely resistant to inflation. It is also easy to use compared to traditional banking, especially in countries where the economic infrastructure is not highly developed.

Thus people of Venezuela are turning to Bitcoin in masses, embracing the cryptocurrency’s possibilities and using it instead of the highly inflational fiat money of the government. With Bitcoin, the people are circumventing the monetary problems. This has given them the possibility of bartering and exhanging goods and services even with the failing government. According to CNBC Bitcoin has even saved lives.

If an innovation can save even a one, real human life, that is a pretty good innovation.