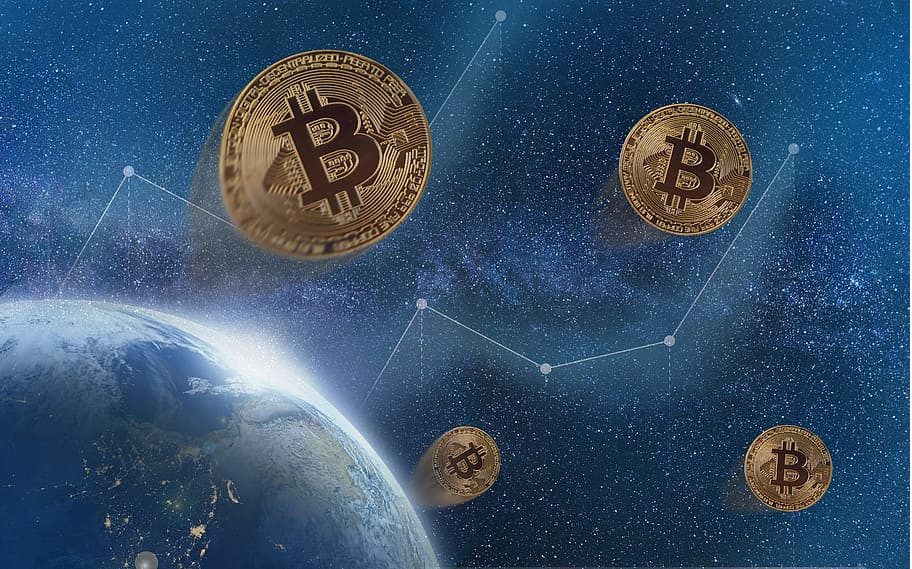 Welcome to the month of August, esteemed readers and crypto citizens. After a summer-long hiatus, Bitcoin has again showed signs of revival and risen above $40 000 dollars. It remains to be seen how much strength the bull has this time and if we are yet to see new peaks before the end of the year.

It is, of course, possible that the price will violently swing in one direction or another by several thousands of dollars before this article is even published. After all, such events are not uncommon in the crypto world. Nonetheless, it can be said that Bitcoin at least has strong potential to continue climbing toward new heights.

Among other news this week we will take a look at a major Ethereum update, which paves the way for the network’s transition to Ethereum 2.0. Coinmotion’s newest technical analysis also weighs the relationship between Bitcoin and Ethereum both in terms of their price development and underlying technology.

Additionally we will talk about debated crypto taxation plans in the United States as well as the decreasing criminal crypto use in China.

Cryptocurrency prices on the rise again

Bitcoin’s price has in the past days risen above $40 000 dollars for the first time in months. At the time of writing the price has already climbed past $44 000 dollars, a level unseen since May. The move appears at least for now to have turned the tide, as a downtrend has dominated on the markets since the earlier tops in April.

The recent rise has made experts and crypto analysts express cautiously optimistic views about the possible return of a longer cryptocurrency bull rally. However, they remind that the risk for upcoming corrective movements also remains present.

“A mood of optimism appears to have returned to cryptocurrency markets. Still, the turbulence that we’ve seen in crypto markets over recent weeks is unlikely to subside,” stated Paolo Ardoino, CTO of Bitfinex.

A much-discussed hard fork upgrade in the Ethereum network has finally gone live. The update dubbed London was activated in the network last Thursday at around 12:30 UTC, whereby the network’s transaction fees and other parameters saw significant changes.

The London update has been regarded as a major milestone in Ethereum’s larger transition toward Ethereum 2.0. In the transition planned to be completed by 2022, the network’s confirmation mechanism is set to change from proof-of-work to proof-of-stake verification. Additionally problems related to high energy consumption and scaling are set to be solved.

The United States senate is currently in the midst of a debate over a trillion infrastructure dollar bill. Set to come into effect by 2023, the bill also includes proposals to tighten cryptocurrency taxation. A committee responsible for taxation believes increased scrutiny could bring an estimated $28 billion dollars of additional revenue to the Treasury.

The new guidelines are expected to affect both investors and companies classified as cryptocurrency brokers. Despite bipartisan support, several senators have critized the vagueness of the language in the proposal. Consequently, competing amendments have been suggested with no certainty of a final outcome. The stance of US Secretary of the Treasury Janet Yellen also remains unclear at this point.

The bill has also faced opposition from different cryptocurrency industry groups. The Chamber of Digital Commerce, a group advocating blockchain technology and digital assets, has said that the text in its current form remains far too unclear. One expressed concern is that it allows cryptocurrency developers, miners and other entities to be interpreted as brokers. According to the group, the bill could harm parties unable to comply with the new rules.

“Further clarifications are needed to ensure the digital asset ecosystem can continue to grow and flourish in the U.S.,”  stated Perianne Boring, founder of the Chamber of Digital Commerce.

Crypto crime in China has fallen

Cryptocurrency-related crime appears to have declined in China. According to an a new report by crypto analysis firm Chainalysis, China’s share of global illicit crypto use has sunk since the year 2019, but still forms a major part of suspected scams and money laundering.

In a report published on the 3rd of August, Chainalysis estimates Chinese addresses have both sent and received at least $2 billion dollars worth of cryptocurrencies of illegal origin in the past two years. While the country is still ranked first in crypto crime internationally, Chainalysis asserts its share has fallen.

“China’s transaction volume with illicit addresses has fallen drastically over the time period studied, both in terms of raw value and in relation to other countries. Much of the drop is due to the absence of large-scale Ponzi schemes like the 2019 PlusToken scam,” the report states.

Aside from a large number of arrests targeting cryptocurrency-related scams and money laundering, China has also clamped down on legal cryptocurrency operations. In spring China imposed harsh restrictions on cryptocurrency mining, which led to a historical crash in Bitcoin’s computing power. The measures taken against traditional cryptocurrencies are believed to be connected to the country’s own national digital currency plans.

The NFT boom seen in spring has despite its downturn found new applications in the gaming industry. Video game platform IOI has recently begun providing its users the possibility of earning NFTs as an incentive in racing games. The utilities serve the function of both collectibles and a chance to earn money.

NFT comes from the words non-fungible token and refers to a blockchain token intent to prove originality or copyright ownership. The value of NFTs are fundamentally based on supply and demand, much like cryptocurrencies. The demands for NFTs rises as a result of their collectible value and uniqueness.

IOI, which is ranked among Europe’s leading gaming firms and supported by major investors, also intends to expand its products and publish a blockchain-based market platform, in which players can buy utilities in a pre-sale. Additionally the platform is set to launch a Tesla-themed NFT racing game, in which users can win a car. The player gaining most wins in a tournament will be rewarded with an authentic Tesla electric car.