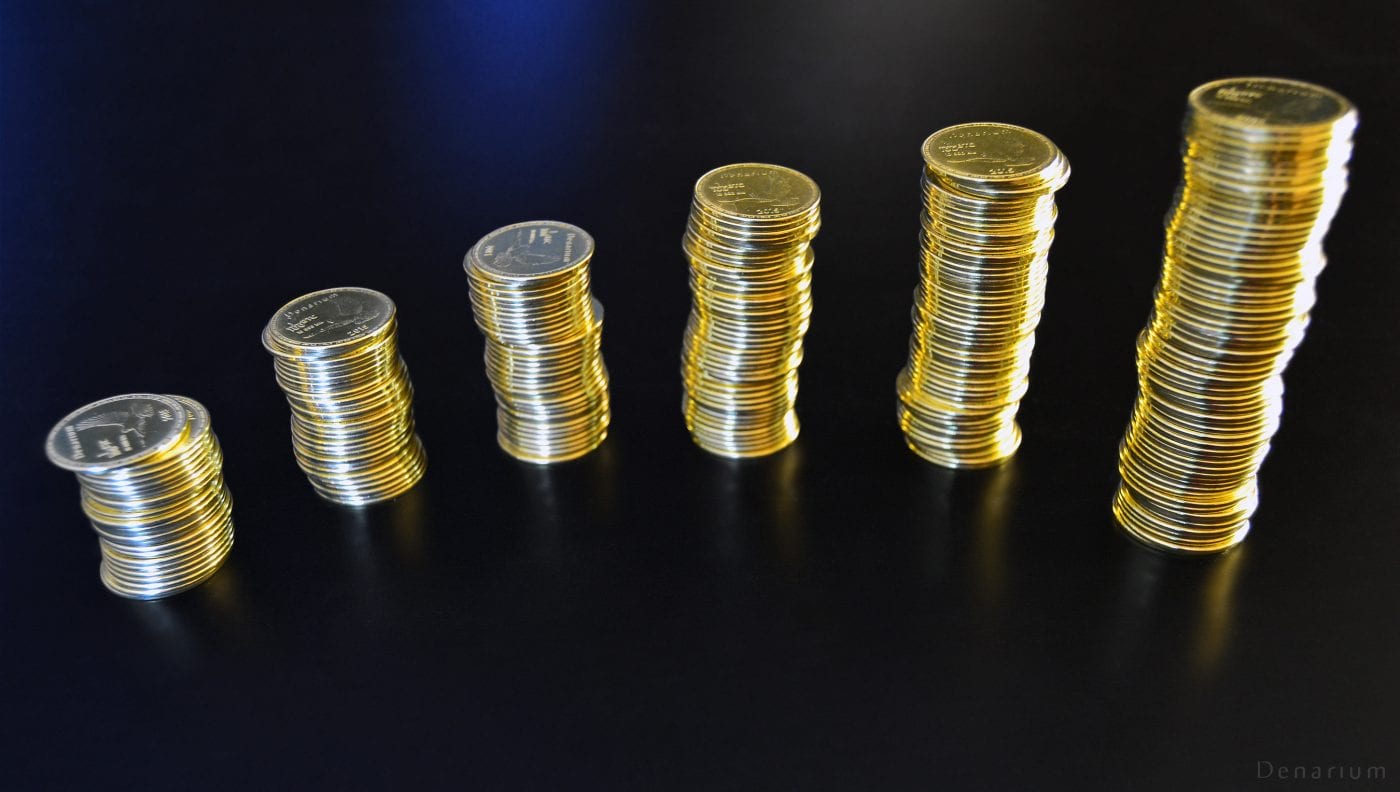 After cooling down a bit around the end of August, Bitcoin has again risen above the level of $10 000 dollars. At the same time other cryptocurrencies have suffered and been unable to electrify their machineries. Some altcoins are struggling uphill, but mainly Bitcoin rules while others trail behind.

On the markets this can be seen as Bitcoin’s growing superiority in relation to other altcoins.  Bitcoin now comprises more than two thirds of the total market value of all cryptocurrencies. Bitcoin’s price has also remained strong despite temporary corrections and pullbacks.

You can read more about market fluctuations from our recent technical analysis.

This week will also take a look at news about how cryptocurrencies can be used to help nature and inspire activism. Despite voices criticizing bitcoin’s energy consumption, it seems the technology is increasingly used to benefit the environment. Crypto is not only good for the economy – it’s good for the whole planet. Cryptocurrencies and blockchains enable many innovations which can also benefit nature.

Bitcoin’s dominance higher than in years

Bitcoin’s market dominance, meaning bitcoin’s total market value in relation to other cryptocurrencies, has risen to its highest point since 2017. At the time of writing bitcoin’s dominance is approximately 71%.

At its lowest bitcoin’s market dominance has been below 40%. However, during this year it has grown. At the end of last month the dominance was around 69%, and at the beginning of this month it surpassed 70%.

Even though there are numerous different cryptocurrencies and new ones are generated constantly, none of them seem to offer anything essentially better that what Bitcoin already offers. Bitcoin’s constant technological development and its superior position seem to indicate that Bitcoin will continue to be the leader also in the future.

Bitcoin has been a gold-like safe haven and maintained its value better than its younger crypto sisters.

Bitcoin miners have so far made profits exceeding 14 billion dollars. The profitability of mining has grown constantly, even though the Bitcoin network has been flooded with new mining capacity, which in turn improves competition and decreases the income of an average miner.

The profits gained by miners have also grown exponentially. It took as much as 8 years to reach the first 5 billion dollars. 10 billion in turn was broken in only 8 months. If the current trend continues, the 20 billion barrier will be broken in 2020.

Bitcoin mining is also becoming more popular. At the end of last month the Bitcoin network’s mining capacity rose to 83,5 terahash per second, which is an all-time record. Bitcoin miners have historicallt fared well and the direction seems to continue upward.

The central bank of the Netherlands, De Nederlandsche Bank, has announced their plans to take private cryptocurrency companies under their direct supervision. The bank has encouraged companies to contact them in order to ensure a smooth transition to the new supervision system.

In practice supervision means that cryptocurrency companies must register to the central bank and make mandatory background checks for the company’s board members and majority shareholders. The central bank also investigates whether or not companies comply with legislation combating money laundering and financing of terrorism.

After registering cryptocurrency companies are expected to be able to continue their operations as before.

According to statistics by Coin Dance, a monitoring source tracking different exchange volumes, Venezuela traded more cryptocurrencies last week than ever before.

In the period between the 25th and 31th of August LocalBitcoins alone was used to trade crypto for roughly 114 billion bolivars. In euros this would amount to roughly 11 billion. The earlier record took place the previous week, when bolivars were exchanged for approximately 77 billion.

The enormous rise in cryptocurrency use can be explained by Venezuela’s economic policy. The country’s official currency has suffered from hyperinflation, and as a result more and more Venezuelans have moved funds to cryptocurrencies to secure at least a part of their property. Venezuelan bolivars have crashed in value and are regarded nearly worthless by many locals.

Germany’s Free Democratic Party (FDP) has suggested a system rewarding cryptocurrencies to anyone who removes carbon dioxide from the atmosphere. According to the party it is not enough for societies to reduce their emissions, but also the carbon dioxide in the atmosphere must be reduced.

FDP has suggested in parliament that Germany would create a blockchain of its own and a native token, Arbil, for it. Arbil’s value would be based on a guarantee that they are exchangeable for emission compensations. Arbil would be paid to all parties who successfully remove carbon dioxide from the atmosphere.

“Anyone who withdraws CO2 from the atmosphere will be paid for it. In this way, we want to reward active climate protection and promote inventiveness and innovation,” comments Marco Buschmann from FDP’s parliamentary group.

“We want to give CO2 a price worldwide. With our blockchain concept, the national emissions trading systems can be elegantly combine,” adds deputy group chairman Frank Sitta. Freie Demokraten is a German party with faith in finance technology and blockchains.

The Amazon is burning. Now Rainforest Foundation, an American non-profit charity organization founded in 1987, has asked the cryptocurrency community’s help in protecting the planet’s lungs.

According to Suzanne Pelletier, executive director of the Foundation, traditional philanthropy is not enough to cure the situation. According to her, innovative solutions are needed and few are as innovative as cryptocurrency users.

“Crypto is filled with people that are thinking differently and trying to change the rules of the game,” Pelletier adds.

Rainforest Foundation accepts donations in the most common cryptocurrencies. The organization is also developing their own blockchain system, whereby donators can monitor the money trail and ensure that their donation is indeed used to help and benefit rainforests. Brazil’s forest fires have been in the media for weeks, and now also cryptocurrencies are used to remedy the situation.

Would you like to be the first one to hear about our product updates, receive super hyper special offers and learn more about cryptocurrencies through our exclusive market reports? We are happy to send you an email every now and then – not too often – so please fill your information below. Let’s stay in touch!

Are you already a Coinmotion user? You can also manage your subscription via account settings.

Subscribe to Coinmotion Newsletter
Would you like to be the first one to hear about our product updates, receive super hyper special offers and learn more about cryptocurrencies through our exclusive market reports? We are happy to send you an email every now and then – not too often – so please fill your information below. Let’s stay in touch! Are you already a Coinmotion user? You can also manage your subscription via account settings.
Subscribe now by filling your details here