Let’s be honest, Bitcoin just had the worst quarter in a decade as its spot price weakened -58 percent during the second quarter of 2022. The awful performance of Q2 was only exceeded by the third quarter of 2011, in which bitcoin weakened -68%. Nevertheless, bitcoin’s price drop in Q2 was eclipsed by ether, as the native token of the leading decentralised finance platform weakened -69%.

So why have digital assets been suffering so much? The answer lies in multiple factors. First of all, the macro environment is historically challenging and the inflation is off the charts. According to Forbes, Germany’s inflation recently reached the highest level in 70 years. Additionally there’s literally an ongoing war in Europe. These factors combined have made the market environment difficult for almost all asset classes. [1]

To understand Bitcoin’s correlation with the main street, we have to go back in time to the early days of the leading digital asset. In its early days, Bitcoin was definitely uncorrelated to any asset class as an relatively illiquid and exotic asset. The correlation with S&P 500 really started to pick up during the “Saylor season” of 2020, as MicroStrategy announced its heavy Bitcoin allocations.

As Bitcoin has grown literally from a few million market capitalization into current $430 billion, it also became more mainstream as a byproduct. Investors are considering Bitcoin as a high beta asset and placing it into the same category with high technology stocks. This may not be a bad thing as Bitcoin’s huge price appreciation would not have been possible without it becoming “mainstream”.

Despite all this, Bitcoin’s effect on humanity has been phenomenal. As Coinbase’s Brian Armstrong recently said: “Economic freedom is good for the world. Property rights, sound money, reducing friction, etc, has led to enormous prosperity. Crypto is the best invention we have to enable this globally.” [2]

While the first half (H1) of 2022 has been brutal for digital assets, the past two months have been filled with hope. Digital assets often face the crushing macro-level selling pressure first, however they also bounce stronger than the main street after bottom has been reached.

Most higher beta risk assets found their market bottom between June 16th and 18th. Even with the news of many overleveraged institutions, bitcoin and ether still have outperformed equities since their lows. At the end of Q2, bitcoin was up 28 percent from lows, while ether was up 78%. As a reference, Nasdaq Composite only corrected 11% upwards by the end of Q2.

Bitcoin and Ethereum have remained exceptionally strong amid the macro uncertainties and this robustness is a positive indicator regarding the future. Ethereum is particularly supported by investors trying to price in the September merge.

As the embedded chart shows, commodities and gold were the rare winners in the first half of 2022. Commodities were pulled up by inflation and supply shock issues generated by geopolitics and COVID-19. The market closely follows the behaviour of the dollar index DXY, which recently broke its parabolic advance. DXY managed to climb 13 percent between early January and trend reversal. If DXY’s decline proceeds further, it gives the cryptocurrencies some long-awaited leeway.

Bitcoin’s spot price has now decreased -65 percent from November 2021 cycle top and many analysts consider the $19K confluence level to be a heavy support. Coinmotion Research has stacked indexed data from previous market cycles and compared them with the current drawdown.

If we benchmark the current market cycle against the 2017-2018 cycle, bitcoin would still need to drop -59% in order to reach -83,78%. A hypothetical -59% decrease from $21K level would drop bitcoin into $8610, which would definitely reset the whole market. In my opinion, a -59% drop is unlikely and bitcoin would more likely continue its moderate upward trajectory.

GROWTH DESPITE THE ODDS

Although Bitcoin has seen a significant market correction during spring 2022, the annual low prices are in an upward trajectory. Amid the falling spot prices, the yearly lows are a great way to get a different vantage point on the long-term price action.

Compared with the low of 2020, this year’s price bottom is 288 percent higher. Amid the increasingly volatile macro markets, Bitcoin investors should remember to keep a long-term view. The yearly low chart removes much of the noise from the big picture.

The largest yearly transfer volume hike so far happened between 2016 and 2017, when the volume increased 1035 percent. The transfer volume mirrors Bitcoin’s robust fundamentals despite the momentary weakness in price action. 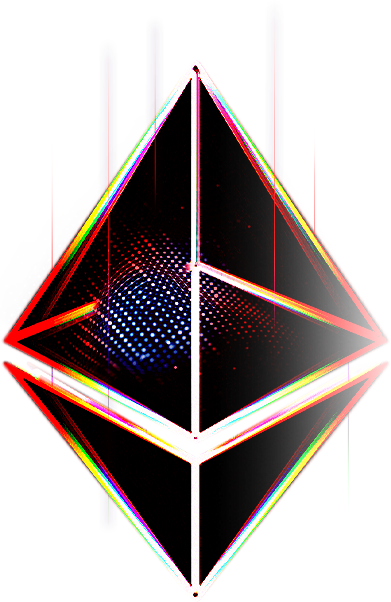 As the bear market has probably been discussed ad nauseam, it’s good to move into more positive topics. Arguably the leading positive event for the crypto industry in 2022 will be the merge, which means Ethereum’s protocol level shift from proof-of-work to proof-of-stake.

In the merge, the existing execution layer (Ethereum mainnet) will merge with the new PoS consensus layer (beacon chain). The network will be secured by staked ETH instead of mining, reducing energy consumption by ~99,95 percent and positioning the blockchain for future scaling upgrades like sharding. 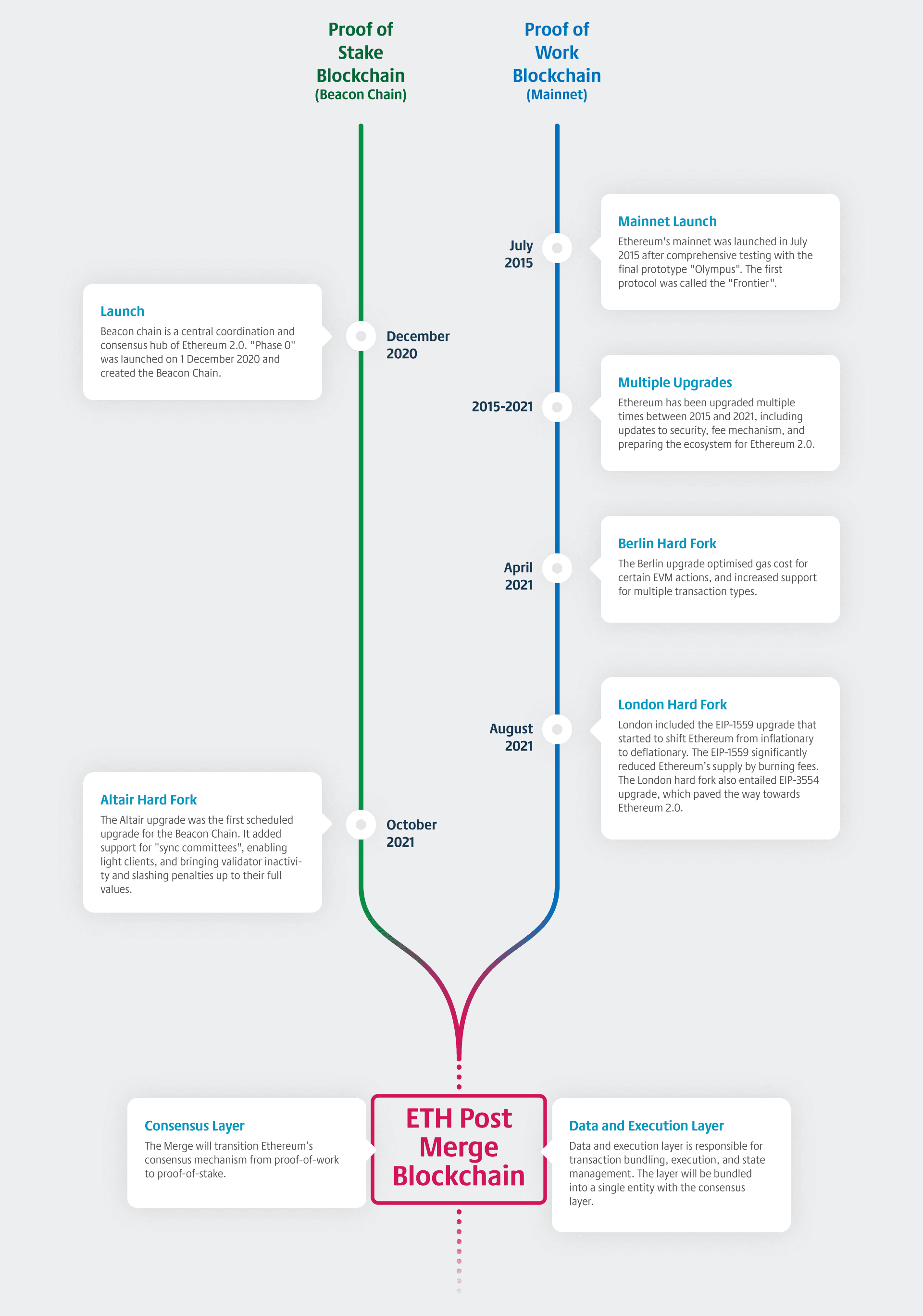 The main selling point of the merge will be the classification of Ethereum as a “green” and “ESG friendly” blockchain. Wealth managers are increasingly aware of ESG-related topics and significantly lower energy consumption would make Ethereum easier to sell to investors. The green narrative would also allow Ethereum to differentiate itself from PoW-based Bitcoin. Many smaller “Ethereum killers”, like Avalanche, already use Proof of Stake.

In essence, the merge promises the fees to remain the same, as the blockspace will not undergo any changes. However, the fees might rise alongside the demand. Ethereum’s supply has previously been inflationary (purple), as the embedded chart shows, and it’s expected to peak at 120,1 million Ether units. The EIP-1559 has been burning Ethereum’s fees since August 2021, effectively making the supply more scarce. Now Ethereum is expected to shift from inflationary to deflationary, as the supply curve (black) turns down. Some analysts even expect Ethereum to enter a virtuous deflationary cycle. 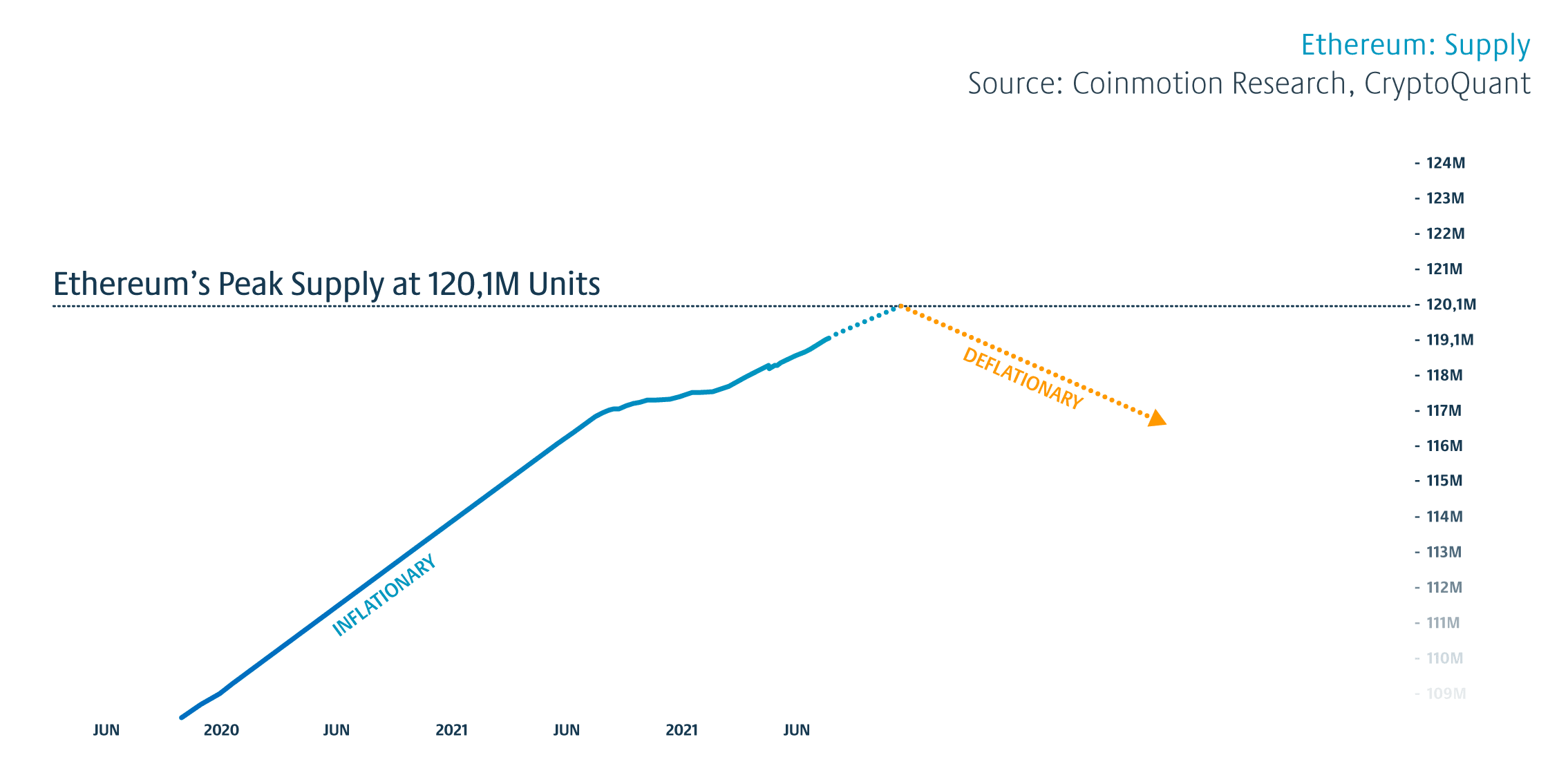 Although “ultra-sound money” may sound like a meme and was possibly created as a marketing term, it correctly mirrors the ongoing change that makes Ethereum scarce and even deflationary in the future. After the 119,3 million native unit peak, the supply horizon is expected to decrease gradually. 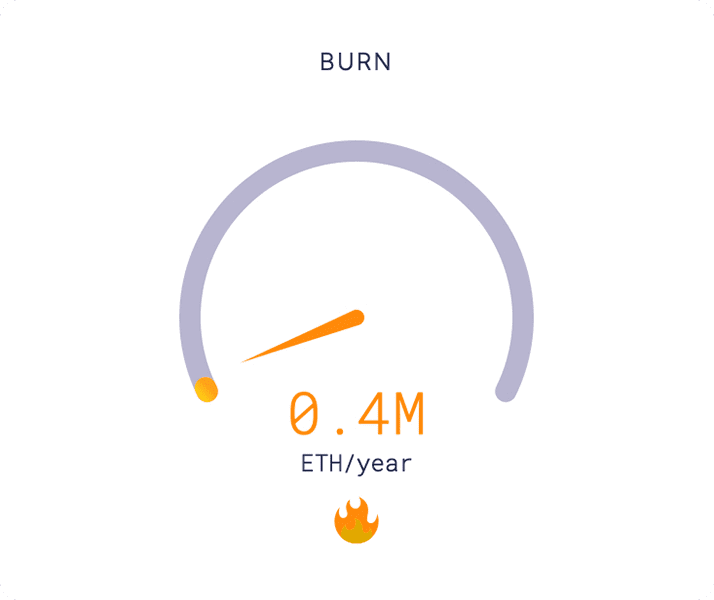 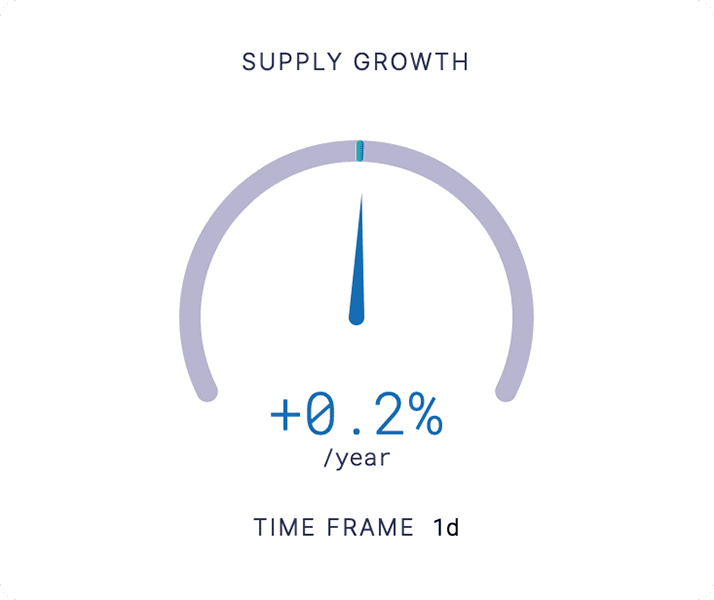 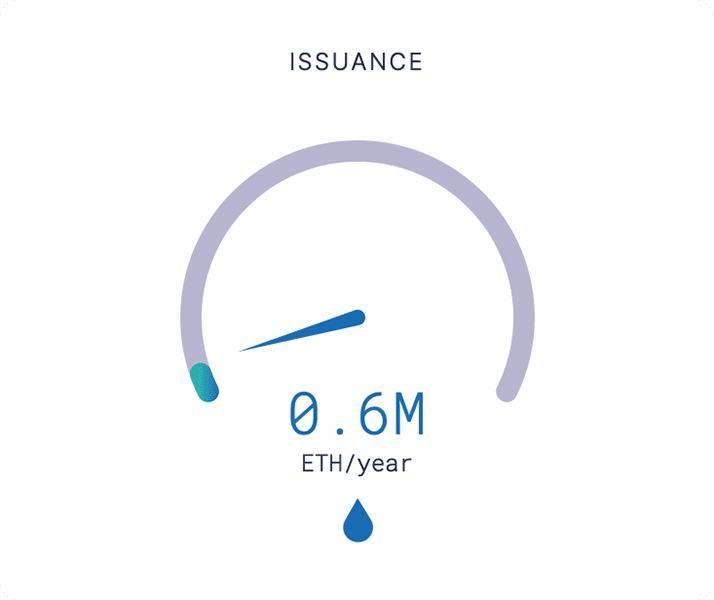 The merge data site ultrasound.money offers a wide set of tools for examining the upcoming protocol shift. While Ethereum’s supply is currently growing at 4,1 percent per year, the growth will drop to a mere 0,2% per annum after a simulated merge. Moreover the current rate of issuance is 5,5 million Ether units yearly and a simulated merge shows the issuance collapsing to 0,6 million per year. [3]

A PROTOCOL-LEVEL CIVIL WAR AHEAD?

As Ethereum has been mined with Proof of Work (PoW) consensus mechanism since 2015, there’s a huge community of retail and institutional miners still running the operations. The combined Ethereum miner revenue peaked at 2,3 billion dollars in may 2021. Because the shift to PoS effectively means the end of mining, there’s a growing revolt among miners. The miner revolution is currently being managed by Chinese Chandler Guo. [4]

The potential revolution would mean the continuation of the PoW-based Ethereum and it has already received support from exchanges. Poloniex, and its leader Justin Sun, recently announced the listing of ETHW (PoW) and ETHS (PoS) tokens. Justin Sun later remarked having one million ether tokens and revealed his intentions to donate some of them to the ETHW community. Later the Seychelles-based exchange Huobi additionally signaled support for the ETHW. The ETHW party was joined yesterday by derivatives exchange BitMEX, which announced a new ETHPOW futures contract. [5] 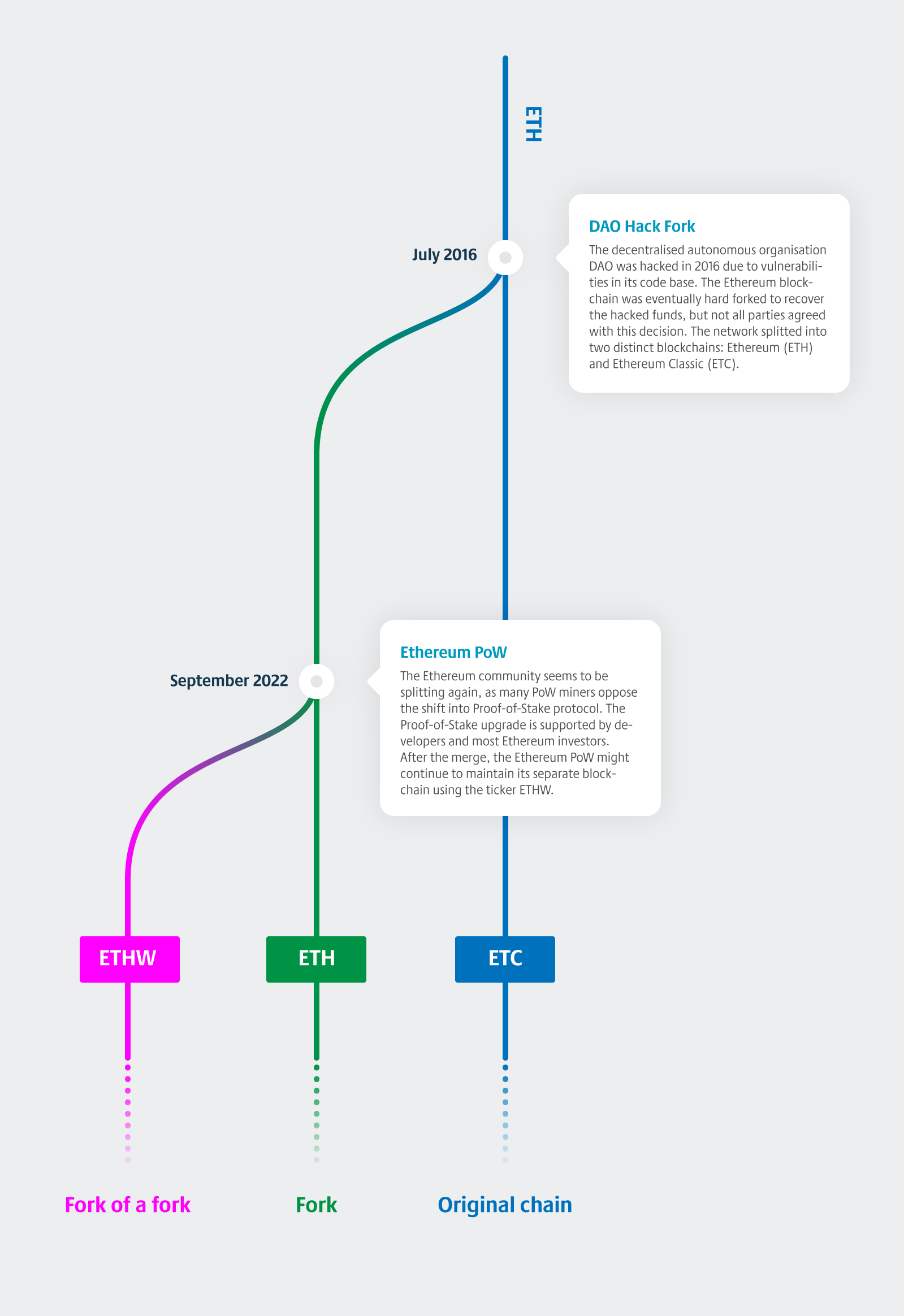 To make things even more interesting, the ETHW would be considered more as a “fork of a fork”. If we’re being precise, Ethereum Classic (ETC) is the original immutable chain of Ethereum, and the longest continuous chain since 2015. The current Ethereum was forked from the original chain in July 2016, following the infamous DAO hack. The potential upcoming ETHW will be forked from the ETH chain, which itself is a fork of ETC.

While the idea of a fork is fascinating, many analysts are still expressing concerns over its eventual viability. The current Ethereum community is strong and most of the participants support the Proof of Stake protocol. While the ETHW could be a great speculative trade, its launch would probably be rocky. ETHW should expect attacks from the ETHS camp in the form of shorting and dumping the ETHW tokens. When the 2016 ETH fork was considered as “peaceful”, I’d expect the ETHS / ETHW setting to be much more hostile. The stakes are now higher.

Bitcoin’s investor base consists of multiple cohorts, however the most simple option is to divide investors into short and long term groups. When we look back at bitcoin’s historical spot price data, the leading cryptocurrency has heavily favoured long term investors. Let’s say you bought some bitcoin in the spring of 2016, your investment is still up 6400 percent, despite the recent price correction.

The SOPR can be divided into short term (STH-SOPR) and long term (LTH-SOPR) indicators, each mirroring the profitability of each time preference. A quick glance at short term holder SOPR tells us how the indicator has trickled well below the value of one (1), mirroring heavy losses during summer of 2022.

The long term holder SOPR (LTH-SOPR) carries a much more positive narrative. The embedded chart shows how LTH-SOPR has mainly oscillated between the values of one and 3,5 since March, indicating long term investors mainly remaining in profit. Only very recently the LTH-SOPR dropped under one, signaling investor losses and a probable market bottom.

The crypto asset markets are heavily influenced by whales, who by the common definition own at least 1000 native bitcoin units. Whales are known to make smart entries and exits compared with the retail investor segment and many analysts try to interpret their behavior.

Whales have a tendency to front-run markets and their behavior in 2022 shows a somewhat surprising risk-on move during the early spring. The amount of bitcoin units in whale-level addresses grew from 7,9 million level into 8,1 million. The whale reserves stayed steady until a risk-off move was implemented in June, reducing the amount of units bacck to 7,9 million level. While during previous years the whales have been able to time the market perfectly, June’s de-risking seems to be a little late.

If we assume that old rules still apply, the whales could be launching a new risk-on trade around these levels, accumulating cheap coins before retail.

Satoshi Nakamoto originally designed Bitcoin as a transparent network. The transparency allows researchers to deeply explore the network and its UTXO structure. UTXO Age Distribution, or more commonly known as “HODL Waves”, presents a macro view of Bitcoin investor behaviour. The UTXO data can be analyzed by dividing the HODL Waves into seven segments. [6]