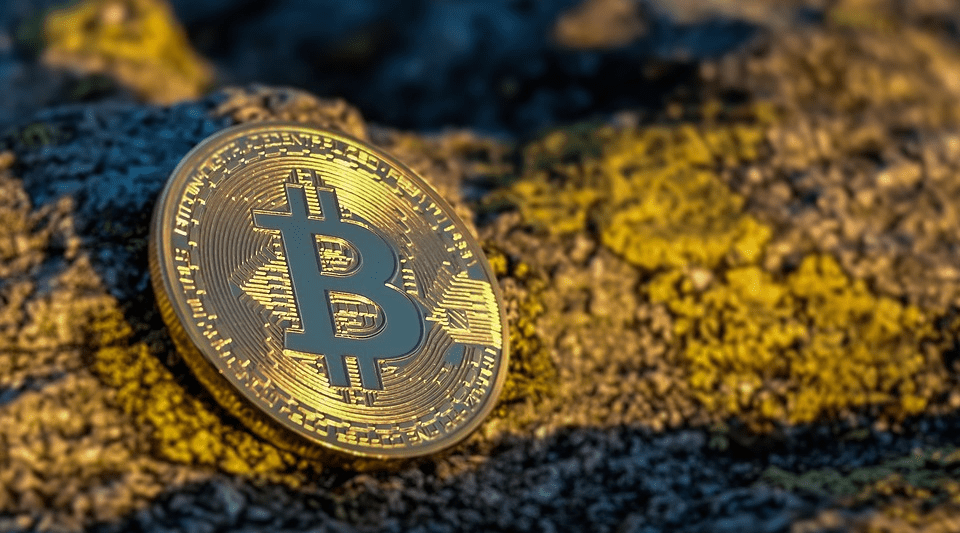 Happy May, esteemed readers. Much like cold snaps or so called backwinters in spring, also cryptocurrency prices have suffered minor setbacks at the turn of the month before warming up again to a new ascent. At the time of writing, Bitcoin is persisting around $56 000 dollars while for instance Ethereum, Litecoin and Dogecoin have all climbed to historical records.

This week we will talk about how hundres of banks in the United States are using a new technological solution to prepare Bitcoin services for their customers. HODLing is indeed not just a pastime for individual investors, but traditional banks also want their share of it.

Additionally we have news about Bitcoin mining and the network’s computing power, which has once again peaked after a temporary fall at the end of April. Meanwhile the state of New York is planning a full-scale ban on crypto mining for up to three years in the name of cited environmental concerns. China in turn seems to be softening its stance on Bitcoin and crypto, which may be connected to the central bank’s upcoming digital currency project.

Hundreds of US banks prepare to hold BTC

Hundreds of banks in the United States may in the near future be able to provide their customers custody services for bitcoin and other cryptocurrencies. FIS, a leading financial technology company, announced on Wednesday that they would start supporting banks in buying, selling and storing BTC through customer bank accounts.

FIS is a leading technology solution provider for vendors, banks and global capital markets. The company based in Jacksonville Florida is also on the Fortune 500 list among the largest companies in the US.

”As demand for bitcoin as a store of value continues to grow, FIS is focused on enabling our core banking clients to respond to growing market demand and better serve their customers. Unlocking these capabilities for financial institutions of all sizes levels the playing field for banking with bitcoin and can drive further innovation,” said Rob Lee, head of Global Core Banking and Channels at FIS.

As financial institutions enable this solution, their customers will be able to see and administer their bitcoin holdings alongside their traditional bank accounts in one view. The reform is expected to make cryptocurrencies even more mainstream both for banks and their customer base.

The revenue of Bitcoin miners has once again reached a new record. On May 5th the average revenue of miners from 30 days rose to $60 million dollars breaking the earlier record marked on April 16th.

At the end of April, Coal mining accidents in China’s Xinjiang province and consequent inspections temporarily also harmed the amount of energt available for the cryptocurrency mining industry. This forced miners to shut down equipment essential for maintaining the Bitcoin network’s computing power. As a result, Bitcoin’s price also entered a sharp decline.

According to data by Blockchain.com, Bitcoin mining revenue fell from $60 million dollars to nearly $57 million between the second half of April and May 2nd. Blockchain.com collects data on block rewards as well as transaction fees paid to miners.

The returned growth pattern of miner revenue is a strong sign of recovery for both Bitcoin and its network. Bitcoin’s hash rate, meaning its computing power, also strongly correlates with the cryptocurrency’s price. The more computing power the Bitcoin network has, the more effectively and securely the system functions. This also bolsters the trust of investors and users in the technology.

A new bill proposed in the state of New York may severely hinder the mining of Bitcoin and other cryptocurrencies within its legal circle. The bill forwarded to the state’s Environmental Conservation committee on May 3rd with the apparent intention of pausing all crypto mining for up to three years.

“A single cryptocurrency transaction uses the same amount of energy that an average American household uses in one month, with an estimated level of global energy usage equivalent to that of the country of Sweden,” the bill states.

Bitcoin’s power consumption has long been a hot topic in the discussion revolving around the cryptocurrency. There are many misconceptions about this, since some views point out that Bitcoin may even have an environmentally beneficial effect by reducing the consumption of humankind in the long run. Coinmotion’s CTO Pasi Matilainen has published a blog about this with the headline Bitcoin is better for the environment, not worse.

China’s stance on crypto may be softening

The People’s Republic of China has shown signs that the government’s stance on Bitcoin and cryptocurrencies may be turning in a more positive direction than before. During a panel discussion held on April 18th, the deputy governor of the country’s central bank referred to Bitcoin as an “investment alternative”.

”We regard Bitcoin and stablecoin as crypto assets. These are investment alternatives,” deputy Governor Li Bo from the People’s Bank of China stated.

While the term “investment alternative” in itself is quite insignificant, applying it to the context of Bitcoin has been regarded as a noteworthy matter. According to Lennix Lai, director of financial markets at OKEx, the statement marks a significant shift for the whole country’s crypto policy, which has earlier wobbled inconsistently from one direction to another.

In essence, the state has strongly implied it will not ban Bitcoin or other cryptocurrencies, nor restrict their growth despite the potential threat they pose to the country’s official financial policy. The central bank of China has also long been planning to launch one of the world’s first national digital currencies, a digital version of the yuan. Prohibiting other cryptocurrencies could harm the success and credibility of the country’s own digital currency, which is presumed to be one reason for the softened stance.

Despite Bitcoin’s decentralized nature, mining of the cryptocurrency is strongly centered in China. Chinese mining pools currently produce roughly 60% of the whole Bitcoin network’s mining capacity. However, it is worth noting that Bitcoin’s mining and activity could very well continue without China. Even if a large mining party would cease its activity, the mining usually just migrates elsewhere. Recently there have also been signs that mining would increasingly be moving away from China.

Dogecoin has in the past days reached a historical record price at nearly $0,70 dollars. At the same time Dogecoin has risen to become the world’s fourth largest cryptocurrency and bypassed XRP on CoinMarketCap’s lists.

The meme-based dog-themed cryptocurrency has soared a whopping 13 611% in a year and 1 017% in the span of a month. At the time of writing Dogecoin’s price has corrected slightly downward, but still remains at $0,60 dollars. The cryptocurrency’s entire market capitalization is currently $84.2 billion dollars, leaving XRP’s market cap of $55.9 billion in its shadow.

The rising popularity and use of Dogecoin this year has been driven by many factors, such as the recent support of the eToro platform and Gemini exchange as a result of customer feedback. Billionaires Elon Musk and Mark Cuban have also used their influence and the power of social media to uplift the cryptocurrency with more or less serious motives.

According to a report by Galaxy Digital Research titled“Dogecoin: The Most Honest Sh*tcoin”, the project seems to have “remarkably strong fundamentals and powerful forces supporting its rise”.

“Dogecoin has always been a joke, and the joke just keeps getting funnier,” Alex Thorn from Galaxy Digital Research commented on Twitter.