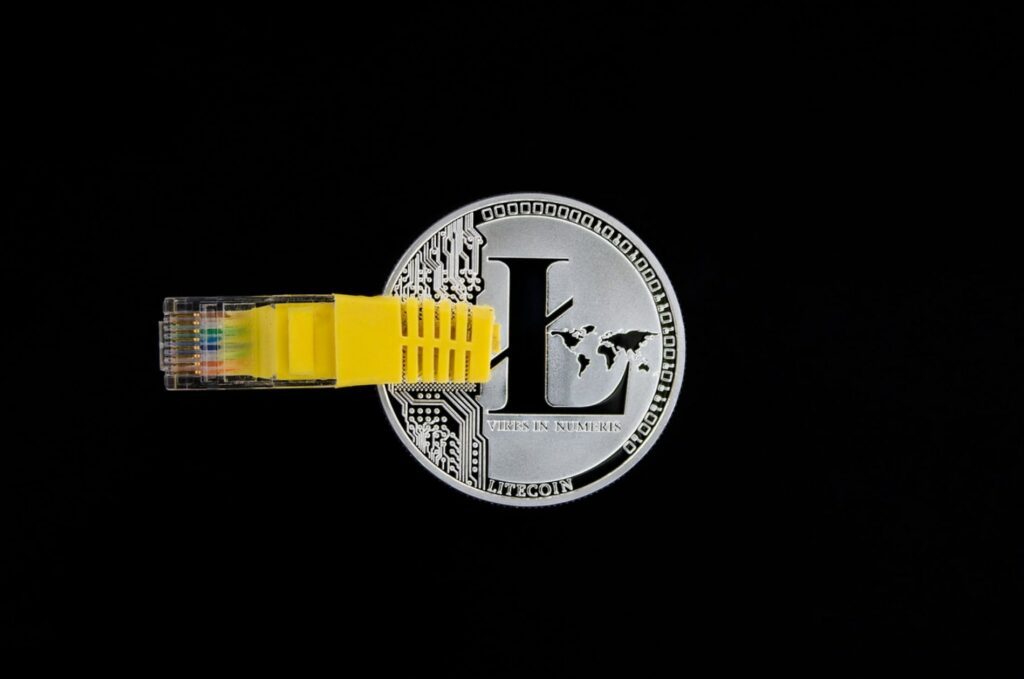 Litecoin is one of the most popular cryptocurrencies. Yet, its price doesn’t get as much attention in the news as its biggest counterparts. What attracts investors’ attention is that the Litecoin price has been lower than Bitcoin or Ethereum. Barring any dramatic changes in the cryptocurrency markets, this is unlikely ever to change. However, that does not mean you can’t make a profit buying, selling, or holding Litecoin.

Like any digital asset, before you invest in it, it is crucial to do your due diligence and study how the asset’s price works.

How does Litecoin price work?

Litecoin, abbreviated as LTC, is generally referred to as digital silver to Bitcoin’s gold. The Litecoin project was started in 2011 by a former Google computer scientist Charlie Lee. Lee later became Engineering Director at Coinbase, a peer-to-peer cryptocurrency and open source software project. Now Lee is the head of the Litecoin Foundation, the entity behind the project.

Litecoin (LTC) launched after Bitcoin but before Ethereum. Interestingly, both Bitcoin (BTC) and Ethereum (ETH) prices are higher than the Litecoin value. The reason for this is that Litecoin’s market cap is smaller in comparison to these crypto giants.

Litecoin, like all the other digital currencies, has smaller units. Echoing Bitcoin’s smallest subunit called a satoshi, the smallest subunit of LTC is the “litoshi.” One litoshi equals a hundred-millionth of an LTC (0.00000001 LTC). If you want to invest smaller sums, you can buy some litoshi instead of acquiring a whole litecoin at once.

If we look at the LTC price slightly deeper, we can understand its fundamental differences between Litecoin and Bitcoin, the “digital gold.”

First, Litecoin’s block generation time is 2.5 minutes, which is four times faster than Bitcoin. For reference, the Bitcoin network mines new blocks every 10 minutes. In other words, Litecoin is a faster network to both send and receive money.

These differences are significant when it comes to mining procedures. And, because of scrypt, Litecoin is more complicated to create and more expensive to produce. Overall, it is essential for investors to note all of these things since they affect the cryptocurrencies’ prices.

New litecoins are added to the supply from the process of mining. Moreover, like bitcoin’s price, Litecoin’s value changes in response to halvings of the block rewards every few years. Halvings essentially slow down the rate at which the supply of litecoins increases. In theory, when something limits the influx of a certain cryptocurrency, it drives its price up over time.

Investors generally go for Bitcoin first, and thus the price of bitcoin goes up and down. Litecoin is a slightly less popular asset to invest in. One implication is that Litecoin’s price is more stable. A relatively stable price can make LTC a good option to make a middle or long-term investment. This was also Charlie Lee’s primary idea when he created Litecoin.

One of the main ideas of most cryptocurrencies is that they have a limited supply. This increases the value of the coin over time. As a basic economic rule, if something limits the supply and the demand is high, the price will increase.

Satoshi Nakamoto, the mythical creator of Bitcoin, wanted BTC to have high value by limiting the number of coins. There will be a maximum of 21 million bitcoins mined in 2140. In the case of Litecoin, the number is fourfold at 84 million.

This situation is very different from the government currencies. In essence, governments can print their fiat currencies as much as they want. Sometimes they even overprint and inflate the value of the currency. In contrast, Charlie Lee wanted Litecoin to have a limited supply like Bitcoin — but not to be so expensive.

Litecoin is four times faster than bitcoin for creating new blocks, and in 2140 there will be 84 million litecoins. This is a mathematically determined limit of Litecoin, and nobody can change that. Therefore, one can assume that litecoin’s price will always remain lower than bitcoin’s.

Litecoin aims to solve a problem that many cryptocurrency projects are trying to tackle. It’s making sending and receiving money faster and cheaper for the general public. As stated earlier, Litecoin provides a quicker way to send money or information. And if you want to send a small amount of money, litecoin is generally the best way to do it. Besides, the value of the money sent is more stable. This is because the Litecoin price does not tend to jump as dramatically as some other crypto assets.

The fees that Litecoin users have to pay are lower than those charged by credit card companies and bank transfers. A person in Finland can send a payment to another person in Germany or China in seconds. Both parties will even receive proof of the transaction. The Litecoin use case is not limited to sending money. Sending information such as documents or agreements is also very fast and easy with Litecoin. And Litecoin asks minimum fees for these kinds of transactions as well.

Having one litecoin is generally going to be cheaper than having one bitcoin or one ethereum — unless something dramatic happens on the markets.

In the near future, we could see big companies accepting payments with Litecoin. Similarly, small people owning small amounts of LTC may one day amount to something much bigger.

With faster block times and higher transaction throughput, Litecoin is a more practical and scalable medium of exchange. In contrast, Bitcoin, the cryptocurrency that served as inspiration for the Litecoin creator, has evolved into a store of value.

Litecoin is a network that more and more developers and merchants are adopting. That is because Litecoin offers clear utility benefits to its users. Such a use case makes litecoin an interesting asset for investors to look into.

Passionate about cryptocurrency and comic books. Journalist, writer, and Steelers fan.
0 Comments
Inline Feedbacks
View all comments
PrevPreviousEven banks hodl Bitcoin – Weekly news 17/2021
NextStellar Lumens price: is it yet to hit another all-time high in 2021?Next
Sign up