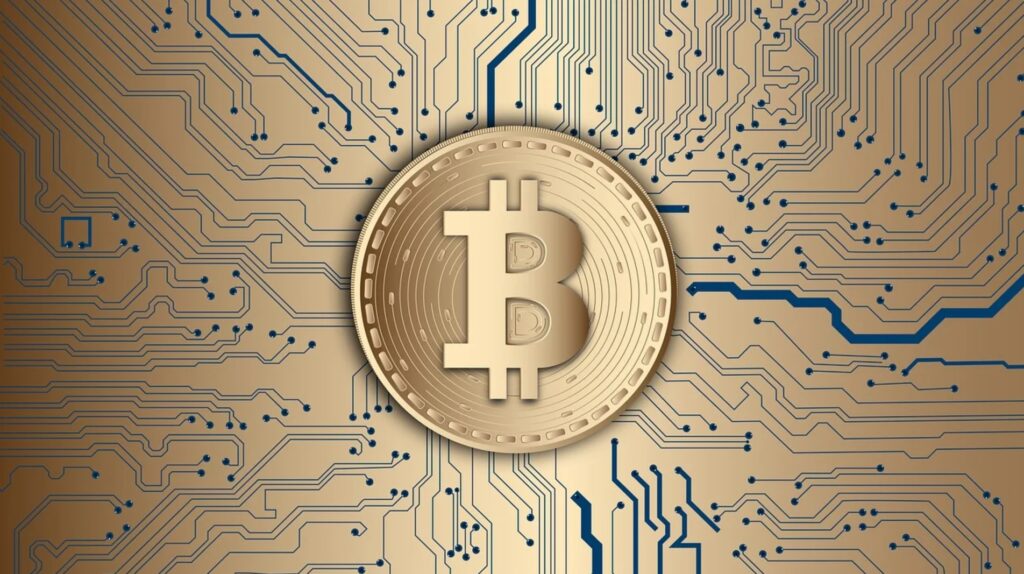 In the last months of 2017, everybody was talking about the bitcoin price. At that time, it reached 18,000 US dollars. However, in the first days of 2018, the price went down. Most people then thought bitcoin and other cryptocurrencies are just a scam. But they were wrong, and the cryptocurrency market proves that every day.

Nowadays, many are considering investing in bitcoin. But first, people want to understand how the price goes up or down. It is understandable — before investing, everybody wants to understand the nature of the market. Before explaining the cryptocurrency dynamics, let’s go through the basics of bitcoin:

Bitcoin is a decentralized digital currency. Its blockchain is kept up to date by computers all over the world. Users donate computing power, also known as hash rate, to the network used to carry out network operations. To process a transaction, the user must solve a demanding mathematical equation. Users who take part in such operations are known as miners. Miners process all the transactions in the bitcoin network and are rewarded with new bitcoins generated as a result of the operation.

You can buy bitcoin for 10 euros

One of the main differences between regular money and cryptocurrencies is that the latter have smaller units. Traditional money is only divisible into 100 units. For example, the euro’s smallest unit is the cent, and 100 cents equal to one euro. Digital currencies are divided into million units. For instance, satoshi, named after Satoshi Nakamoto, is the smallest unit of a bitcoin, equivalent to 100 millionth of a bitcoin. If you want to invest in bitcoin, say, 10 euros, you can do that.

Unless you are Elon Musk, you probably invest relatively small sums. In that case, you acquire some satoshi, a fraction of bitcoin. Using a bitcoin price calculator, you can find out bitcoin’s current price and calculate how much your bitcoin is worth in euro. In fact, you can use a cryptocurrency calculator for any digital money. Like every cryptocurrency platform, Coinmotion shows you the current price of bitcoin.

How is bitcoin price determined?

People often ask, “who controls the bitcoin price?” or “how is the price determined?” The answer for both questions is the same — investors. Bitcoin is not traded in one place. Because of its nature, trades take place on multiple exchanges. Bitcoin prices are determined by supply and demand on all trading platforms. When demand increases, the price goes up. If people start to sell their cryptocurrencies, the price goes down.

However, one thing is essential for bitcoin prices. When a miner solves the mathematical equation, they get rewarded. The block reward is halved roughly every four years. In 2009, the reward was 50 coins. In 2013, it became 25, then in 2018, it was 12.5, and in May of 2020, it was halved to 6.25. Sometimes, especially when the price time is high, miners sell their reward bitcoins. This situation affects the price, but when the miners’ selling turns to neutral price goes up again.

These types of investments increase the price. Also, firms generally don’t sell their assets in a short period. For that reason, the price is still going up. Judging by the latest news, some potential investors are interested both in bitcoin and other cryptocurrencies.

Some people say the bitcoin price is at an all-time high, and soon, it may start going down. However, this time is different because of those big companies. Their investment approach is different from ordinary retail investors. Institutional investors don’t tend to sell their assets when the price goes up, i.e., do bitcoin shorting.

Bitcoin shorting is the act of selling bitcoin at a higher price with the assumption that bitcoin price will fall in a short time and investors can repurchase it at a lower price. Although shorting can be highly profitable, bitcoin price is getting higher every day. Some believe this increase will continue for a long time.

For example, co-founder and partner at Morgan Creek Digital Assets Anthony Pompliano said bitcoin could hit 500 thousand dollars by the end of the decade. The rate could eventually reach 1 million dollars per coin, Pompiliano added without giving a timeline.

Pompiliano is not the only one who has attempted to forecast the bitcoin price. If there’s one thing that people want to know about BTC, it’s always the price prediction.

If you invest in bitcoin, maintain your focus strictly on understanding bitcoin as an investment rather than a concept, phenomenon, or piece of technology. Such an approach should make the process of investing straightforward.

What do you think about bitcoin investments? What are your favorite cryptocurrencies for investment? Share your thoughts with us.

One piece of advice I would give to new investors in Bitcoin or other coins is this: don’t let your coins languish in your wallet doing nothing Either lend them out or trade them on a low risk crypto trading platform. That way you will get a better return.

1
Reply
PrevPreviousDon’t let the small dips turn you bearish
NextWhat is a Decentralized Exchange? A Complete Guide with a Look into UniswapNext
Sign up