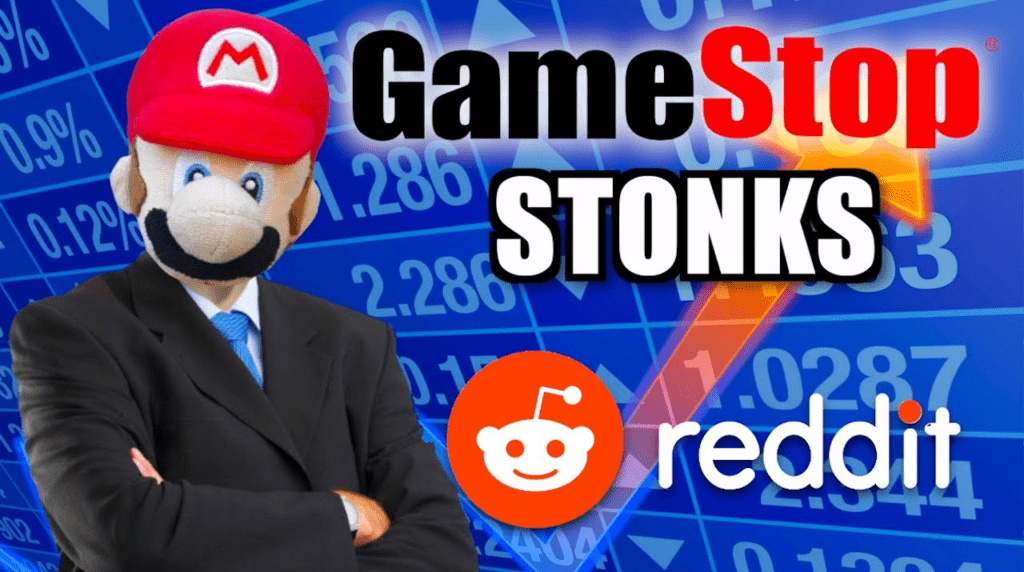 Last week investors around the world were astounded, as the stock prices of archaic companies like GameStop, Blockbuster and Nokia suddenly began rising explosively. Some stocks even surged thousands of percent for no apparent reason other than mere market manipulation.

The reason behind this phenomenon is so called meme investing, which originated in Reddit, Discord and other social media channels. Meme investing is essentially a coordinated effort by millions of single retail investors with the intention of pumping up the prices of different stocks and other targets. Particularly Reddit’s WallStreetBets group has been at the center of this meme investing movement.

This week we will check out how meme investing has impacted the world of cryptocurrencies. Memes have clearly always been a part of the crypto community, and the crypto markets are therefore not exempt from this economic adventure.

“In retrospect, it was inevitable” Musk tweeted after updating his Twitter bio.

Musk’s activity on Twitter set in motion a wave of buying, which led to bitcoin’s price temporarily spiking more than 15%. The rise, however, was cut short as investors began capitalizing on the situation by selling their bitcoins.

Musk also partook in the GameStop phenomenon, adding to the already rampant market chaos. By tweeting “Gamestonk!!” he helped Reddit’s meme investors in their venture to uplift Gamestop’s stock prices.

The case was a result of the WallStreetBets community’s decision to jointly pump up dogecoin’s price. Millions of the forum’s users bought small amounts of dogecoins, consequently lifting the price. The ensuing market hype and entry of other speculators in turn further propelled the price rise.

Much like other meme investor targets, also the rise of doge turned out to be short-lived. Soon after its rise, doge plummeted over 60% and left many investors licking their wounds.

Dogecoin was not the last crypto to be pumped by meme investors. On the 30th of January the Ripple project’s XRP token also surged upward.

This time the rise was driven by SatoshiStreetBets, a faction split from Reddit’s WallStreetBets. The WallStreetBets community was originally unwilling to play with cryptocurrencies, leading to the birth of this crypto-focused subsection.

Reddit’s meme investors managed to uplift XRP’s price up to 86%. This time, however, there was not enough fuel to equal the rise of doge. Possible reasons behind this include the disappointment of those suffering losses during dogecoin’s rise as well as XRP’s recent legal problems.

Credit card and online payment giant Visa considers implemeneting cryptocurrencies as part of their paymen network. The news was reported by Al Kelly, CEO of Visa.

“Our strategy here is to work with wallets and exchanges to enable users to purchase these currencies using their Visa credentials or to cash out onto our Visa credential to make a fiat purchase at any of the 70 million merchants where Visa is accepted globally,” Kelly stated.

Kelly also added that  Visa has already selected a number of digital currency platforms as its collaborators. The listed platforms include Crypto.com, BLockFI, Fold and BitPanda.

If Visa’s plans proceed, cryptocurrency prices are likely to rise as a result much like after PayPal’s crypto integration last year.

Number of female crypto investors on the rise

Cryptocurrency exchange Gemini has released a new survey, according to which female investors in the United Kingdom have increasing interest for cryptocurrencies. The survey reveals that 41.6% of respondents declaring themselves as current or former crypto investors are women.

The change is significant and marks a doubling compared to previous numbers. Earlier studies about crypto investors in the UK have shown only 21%-22% are women.

According to the survey, a growing number of women also have plans to invest in crypto. In this group 40% of respondents were women.

Crypto crime dropped by more than half

Cryptocurrency-related crime has dropped by more than half in 2020, reports cybersecurity firm CipherTrace. Damages from such losses plunged by approximately 57% over the course of last year.

According to CipherTrace, losses from crypto crime in 2019 amounted to $4.5 billion dollars. In 2020 the same number was only $1.9 billion.

CipherTrace names improved data security as the main reason behind the decreased success of crypto criminals. Heightened security awareness has also lowered the incentives for enganging in criminal activity.

According to the report fraud is the most common form of crypto crime, followed by theft and ransomware attacks.