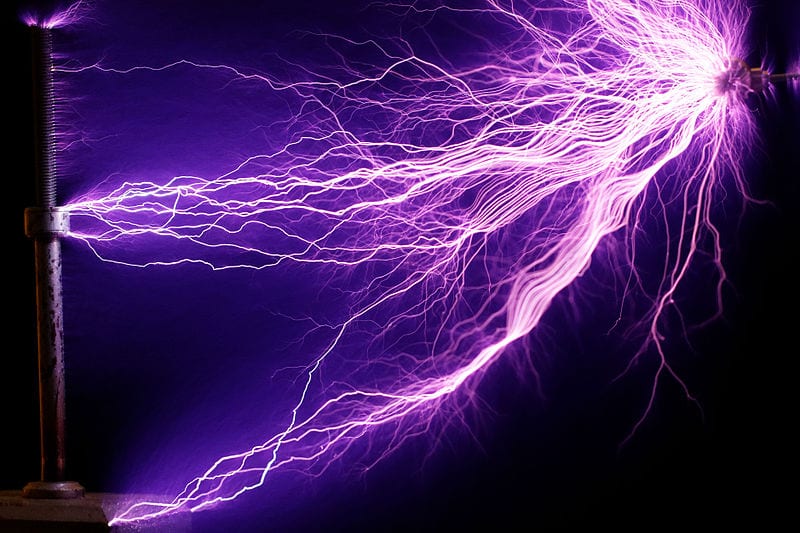 The passing week has been still somewhat slow on the cryptocurrency markets, as Bitcoin fails to keep in price range of over 7 000 dollars. As the correction beginning in January continues, all the most important cryptocurrencies are seeing red. For a savvy buyer this means good buying opportunities, but for weaker hands it might feed panic selling even further, which could lead to even lower prices.

But besides trading this week has been good for Bitcoin, especially for two major reasons. The first consumer-friendly Bitcoin wallet that supports Lightning Networks has been released. Secondly the Bitcoin community has begun to rise against the institutions and large companies that have been bullying Bitcoin users during the year. Bitcoin and blockchain organizations are planning a joint lawsuit against social media giants and the people of India have risen against their central bank, which wants to restrict cryptocurrency firms from using banking and financial services. Bitcoin has had enough.

On other news we talk about Monero’s hard fork, Malta’s new Bitcoin-positive legislation and… Heaven and Hell? Indeed deep stuff.

The first Bitcoin mobile app that supports Lightning Networks designed for the end-user has hit Google Play. This new wallet, Eclair Wallet, can both accept and transfer bitcoins by using the Lightning Networks, a second-layer scaling update for Bitcoin which can make Bitcoin thousands of time faster and cheaper to use.

Previously the markets thought that Lightning Networks might see a limited release in the later part of 2018, but the current developments seem to suggest that we are facing a far faster adaptation than previously thought possible. Many Lightning transactions have already been successfully conducted in the Bitcoin’s main network and no major problems have yet to been encountered.

If the Lightning Networks work as promised, they will make Bitcoin far faster and cheaper to use than any traditional payment service providers, like credit cards or PayPal.

Malta to Become an Island Hub for Blockchain

The small European island nation of Malta is quickly becoming a central hub for blockchain and cryptocurrency industry. Maltese government and politicians are adopting and drafting several types of politics and legislation for the benefit of modern financial technology.

The new crypto legislation of Malta will give legal status for Bitcoin and cryptocurrency firms. It will also establish clear and easy-to-follow rules for cryptocurrency exchanges, ICO funding and other ways cryptocurrency can be used.

The biggest cryptocurrency exchange by volume, Binance, has already told that it will move to Malta in response to the new Maltese regulations. Other blockchain firms are also eyeing the promises Malta has to offer. For example Prasos, the company behind Coinmotion, is going to do a workshop in Malta next summer. One of the reasons for choosing Malta is to get to better understand the legal and political status of Malta’s blockchain laws.

If Malta can deliver, it will surely benefit. As other countries in Europe are becoming more hostile towards the growing influence of cryptocurrencies, those who can adapt to this changing world can strive.

Indian “Cryptoban” Gets an Immediate Response

“It has been decided that, with immediate effect, entities regulated by RBI shall not deal with or provide services to any individual or business entities dealing with or settling VCs. (Virtual Currencies) Regulated entities which already provide such services shall exit the relationship within a specified time,” central bank stated.

Even though the issued circular takes the form of an order, it does not change the Indian law concerning cryptocurrencies. Officially Bitcoin hasn’t been banned, but certain entities are just required to conduct business with cryptocurrency companies.

The statement garnered an immediate response, as thousands of people from fields of information technology and cryptocurrency protested the decision. The people of India soon put up a petition to reverse the statement. The petition, which has already gotten more than 17 000 signatures, reads as follows:

“There are tens of thousands of youth that have gotten jobs or employment with blockchain and relating companies. This is massive for a government which has not been able to improve the employment rate.

Crypto and blockchain as a concept can’t be stopped. You can just decide whether you want to participate with full throttle or get left behind. The current stance from government shows they would want to remain left behind after missing the internet revolution first, AI revolution next and now blockchain revolution.”

Monero Split in… How many?

The cryptocurrency project Monero has split in several different competing brands. This split is the result of a debate on how Monero developers should respond on cryptocurrency mining company Bitminer’s new Antimer E3 ASIC-mining equipment, which can be used to mine Monero. Previously Monero has been marketed as an “ASIC-resistant” cryptocurrency.

ASIC-miners pose a potential problem for cryptocurrency mining. They are extremely powerful, which gives users of ASIC a notable advantage over competing miners. They are also extremely expensive, which means most miners can’t get their hands on them. Together the power and cost of ASIC-miners have the tendency to push cryptocurrency mining to a more centralized direction. This in turn can lead to problems in things like safety and trustworthiness.

The developers of Monero decided to upgrade Monero via a hard fork. After the hard fork, Monero can no longer be mined with Antminer E3. But since all didn’t accept the hard fork, many decided to stay on the old Monero chain.

Now there are a growing number of different brands of “classic Monero” – cryptocurrencies, that use a copy of the original Monero’s blockchain. There are at least Monero0, Monero Original, MoneroC, Monero0 and two different Monero Classic.

If you are an owner of monero and want to claim your tokens in both the new and old chain, it is recommended that you wait for some time for the situation to clarify and calm down.

The main cryptocurrency and blockchain organizations from several different countries have joined together to file a joint lawsuit against the social media giants like Google, Facebook and Twitter, which have adopted hostile policies towards Bitcoin and cryptocurrency advertisement.

Several other organizations and companies around the World are considering joining in the lawsuit. The joint lawsuit is set to be filed in May 2018.

There’s a Crypto for Both Satanists and Believers

Because why not. Or “why the hell not”.

According to its webpage, Hell Coin is the “Official CryptoCurrency of HELL.” Because “why the HELL not?” Hell Coin claims that “By owning Hell Coin, you get a guarantee to keep enjoying all the materialistic pleasures!” Hell (HELL) is also claimed to be “fast as Hell!”

And of course when evil rises, good must also rise with it. Thus there is not only Hell Coin, but Jesus Coin for those who would rather follow a path of light than the Lord of Darkness.

Jesus Coin promises that if you own Jesus Coin, you will get a 100% chance of salvation. It also claims to be 37% more effective than prayer. Jesus Coin also claims that it has been “predicted” to reach a cap of 50 billion dollars.

“We do not guarantee a $50 Bn market cap, but we sure as heck pray for one,” the developing team states on the website.

Both Hell Coin and Jesus Coin are obviously at least part humorous projects. Nonetheless they both do exists and are exchangeable via various exchanges. What a strange time we are living in.

A Finnish author who has been writing about cryptocurrencies for over eight years.
0 Comments
Inline Feedbacks
View all comments
PrevPreviousWeekly news 12 / 2018 : Bitcoin Falls Amids Binance Rumours
NextWeekly News 15 / 2018 : Might the Bitcoin Bull Be Recovering?Next
Sign up