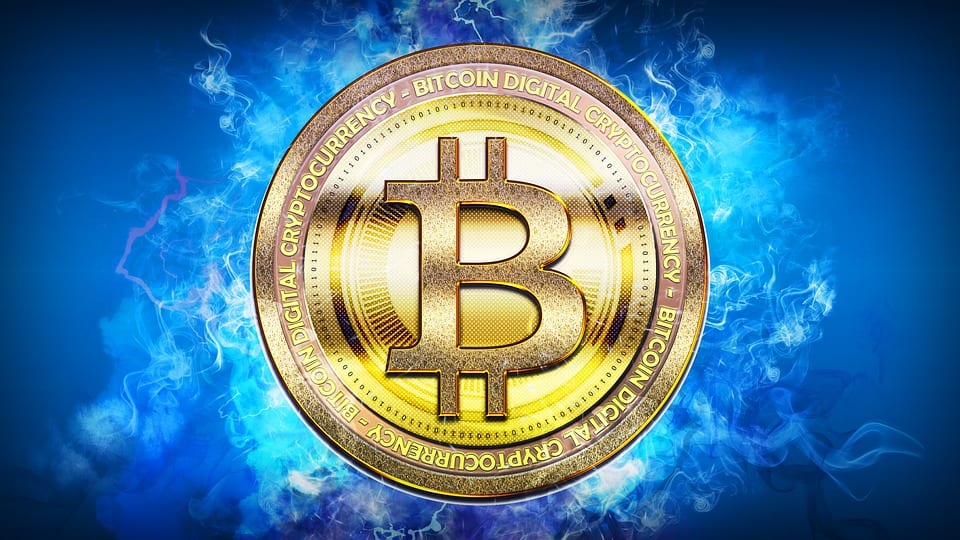 Some years ago only crypto nerds used to call Bitcoin digital gold and were either ignored or ridiculed. Now even finance experts have joined the choir proclaiming Bitcoin as the gold of the digital age, as this once-ridiculed concept is slowly becoming a generally accepted truth. Bitcoin is digital gold – and much more.

Aside from assessing Bitcoin’s gold-like features, this week we will also take a look at the curious case of Twitter account @Bitcoin. After years of tweeting support and commercials for the altcoin Bitcoin Cash, the account suddenly began supporting the original Bitcoin overnight without explanation. This has of course sparked rumors ranging from simple theories to Roger Ver’s rumbling romantic life.

In other news we have Craig Wright’s trial, Bitcoin ATM thieves and Ripple’s success in Latin America. Additionally, a new language paving the way for smart contracts in Bitcoin.

For those interested in Bitcoin’s price development, we also have a new technical analysis predicting the ever-unpredictable paths the crypto king may take in his future conquests. Up or down, we are always moving forward.

According to Oinonen bitcoin as an investment behaves similar to gold, meaning it provides a so called safe haven. A safe haven in this context refers to an investment which is relatively stable in spite of the world’s economic and political turmoils.

“Bitcoin as digital gold serves as a kind of hedge for the stock markets. Bitcoin is built to be a safe haven which doesn’t correlate with other property classes. This has been visible before,” Oinonen states.

Grayscale Investments, the world’s largest cryptocurrency asset manager holding an estimated 1% of all bitcoins in circulation, has also expressed similar views. The investment firm has even taken a step further by pronouncing Bitcoin not only the gold of the digital age, but superior in many ways. Grayscale recently launched a campaign called #DropGold, highlighting the benefits of allocating at least a part of gold investments into Bitcoin.

Bitcoin was originally created with the very intention of functioning as a sort of digital gold. The birth pace of new bitcoins and deflation are therefore mirroring gold mining. Like gold, also bitcoin is independent of political decisions and the actions of central banks.

One of the most followed cryptocurrency-related Twitter accounts, @Bitcoin, has started supporting the original Bitcoin after years of supporting the dubious Bitcoin Cash project. The account used to direct users to Roger Ver’s misleading Bitcoin Cash site Bitcoin.com, but has thereafter started directing users to Bitcoin.org.

Bitcoin Cash is an altcoin copied from Bitcoin, which aspired to take Bitcoin’s place after being created in 2017. Its developers claimed Bitcoin Cash to be the real Bitcoin, but this claim was never accepted by the majority. Now also earlier Bcash supporters have begun abandoning this copy project.

So far it is not known why @Bitcoin changed its opinion over a single night. The lack of an explanation has stirred different rumors on the Internet, such as that the Twitter account would have been sold. A more curious theory even speculates Roger Ver would have dated the account’s owner and the relationship would now have ended.

Whatever may be the case, the change is positive for Bitcoin and hopefully clarifies that Bitcoin Cash is not the real Bitcoin and does not have significant support behind it.

Two thieves have allegedly been caught on tape stealing a Bitcoin ATM in plain sight. A video published by Finnish news outlet Ilta-Sanomat shows two men carrying a Bitcoin ATM out of a shopping mall located in Lynnwood, a city in the U.S. state of Washington, earlier this month.

According to deputy chief Jim Nelson from the Lynnwood police department, the thieves “knew what they were doing” by timing the theft around the closing hours of the mall when others were distracted. Not even mall security realized the theft until the following week, and had to verify it from the company responsible for operating the ATM.

At this point it is not known if the thieves have been apprehended or if they managed to acquire any cash from the stolen machine. Bitcoin ATMs are generally considered hard to break and their theft is likely to only produce harm for the owner without any monetary gain for the perpetrator.

There are more than 5000 Bitcoin ATMs in the world. The largest network in the Nordics is operated by Bittimaatti, a subsidiary of Prasos.

Bitcoin may get smart contract language

Pieter Wuille, one of the most esteemed Bitcoin developers, has presented a new coding language designed specifically for Bitcoin. The language called “Miniscript” is aimed to enable the easy application of smart contracts in Bitcoin.

A smart contract is a contract which is fulfilled automatically after certain requirements are met. A simple example would be that if wallet A receives bitcoins, it automatically sends half of them to wallet B. Smart contracts can in theory be as complex and diverse as their creators wish to make them.

Miniscript is based on Bitcoin’s own Script code and has received much positive feedback from the Bitcoin community. However, it is still under development and will undergo rigorous testing to ensure its compatibility. If all goes well, Miniscript may be implemented in Bitcoin already in the next few years.

Santander, one of the largest Spanish finance institutes, is expanding its Ripple-based payment solution system to Latin American countries. According to Santander the moment is ripe for expansion as Ripple’s transaction volumes have been rising.

Santander has not yet reported which countries it will expand its system to, nor an exact schedule for it. The finance giant has earlier used its Ripple-based system in Brazil.

According to Santander, Ripple can enable a system allowing transfers from Latin American countries to the United States with nearly nonexistent fees. As the U.S. has a vast Latin American population, the system is expected to find at least some demand.

Aside from expansion projects to unspecific countries, Santander is also developing a similar system globally, which could be also used by others than Santander’s customers.

The court does not believe Craig Wright is Satoshi

The trial of Craig Wright, having earned the nickname Faketoshi after his seemingly fraudulent claims of being Bitcoin’s mythical creator Satoshi Nakamoto, has again seen a new turn. Now Wright has demanded the court dismisses all charges against him on the base of lacking jurisdiction in Wright’s case.

While generally disbelieved by the Bitcoin community due to his inability to produce evidence, Wright has persisted in his claims and even tried suing at least one Bitcoin user simply for suspecting his identity. Now these actions have turned against him.

In a nutshell, Wright’s current legal dispute concerns about a million bitcoins, which belonged to his deceased business partner. Wright’s own defense has relied on the Court’s limited jurisdiction as well as his supposed identity as Satoshi in the flesh. However, the Court regarded that Wright has no credible grounds or evidence to support his claims.

“The Court simply does not find the Defendant’s testimony to be credible,” it was stated in the decision.

As Wright’s trial has been ongoing for over a year, the Court’s latest decision indicates the case may finally proceed toward an official verdict.