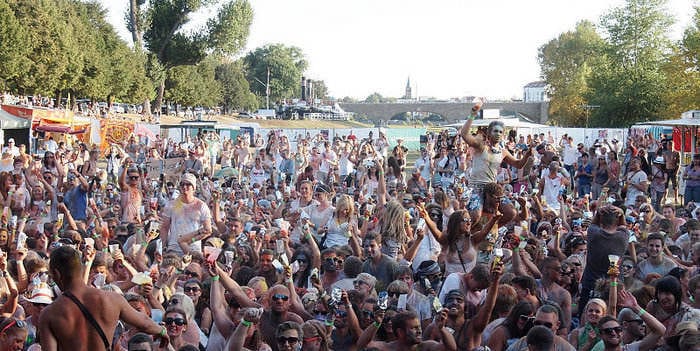 The controversial Bitcoin fork SegWit2X has been officially cancelled or at least postponed indefinitely. One of the creators and main supporters of SegWit2X, the CEO of Bitgo Mike Belshe published a blog post on Wednesday where he told that SegWit2X fork will not happen, or at least won’t happen in foreseeable future.

According to the blog post the reason for cancellation is the lack of community support surrounding SegWit2X. The hard fork didn’t manage to gain the consensus it needed for proper implementation, instead dividing the Bitcoin community and casting shadows of doubts for future development of Bitcoin.

“Our goal has been a smooth upgrade for Bitcoin. Although we strongly believe in the need for a larger blocksize, there is something we believe is even more important: keeping the community together. It is clear that we have not built sufficient consensus for a clean blocksize upgrade at this time” Belshe stated.

The maximum blocksize increase was one of the main reasons that divided Bitcoin community over SegWit2X. Though larger blocksize could make Bitcoin transactions faster, it would also concentrate more power on the hands of miners. One of the main reasons for Bitcoin’s success has been its distributed nature, so the opposition for more concentrated power understandably didn’t fit well with Bitcoin community.

Speculators and investors on the market betted mostly on another of two possibilities; that SegWit2X is either implemented and it becomes the “official” version of Bitcoin, or SegWit2X will be launched without community’s consensus, which would have resulted in the Bitcoin blockchain splitting in two different blockchains. The complete cancellation of SegWit2X was an eventuality almost none was prepared for.

As the news spread to the markets, Bitcoin broke through another new high, reaching to as far as over 7 840 dollars. This increase in price was just temporary. After the boom tempered down, the price of bitcoin began a steady fall towards more sustainable levels. Now an average price of a bitcoin is about 7 100 dollars.

This market pattern seems to support the hypothesis that the recent price rally was at least partly influenced by the prospect of SegWit2X hard fork. If a hard fork would have happened, all those holding bitcoin would have received equal amount of new SegWit2X coins. As the fork seemed almost certain, investors wanted to buy bitcoins before the split. Now as SegWit2X has been averted, this interest in quick profits is waning.

The cancellation of SW2X also had another secondary effect as after the announcement, the price of BCash started to increase reaching 2400 dollars. The money flow from Bitcoin to Bitcoin Cash lasted for less than 24h and a few moments ago we saw the big whales doing good profits changing Bcash for Bitcoin. What a night for traders!

The dreaded SegWit2X fork may have been averted, another work is about to go live this sunday. Bitcoin Gold (or Bgold) was formally forked from Bitcoin blockchain on October, but the project hasn’t officially gone live yet. Before the live launch the team behind Bitcoin Gold has been mining a small amount of Bitcoin Gold for themselves to support the development of Bitcoin Gold.

Premined coins – that is: cryptocoins of which some part has been reserved for the developers – have gained lots of notoriety on the cryptocoin community. Premining has been historically used in many bump-and-dump schemes and many users feel it goes against the principles of cryptocoin. To ease these concerns Bitcoin Gold team has published a statement about the coming live launch of the new altcoin.

“We are extremely grateful for the community around the world who has been contributing hash power to our testnets; besides patiently testing their own mining process, they allow exchanges, pools, wallet developers, and all other service operators to implement and test their support of BTG so that the bitcoin gold community can have a full suite of services at launch time” the statement reads.

In comparison to the proposed SegWit2X fork, Bitcoin Gold fork has only a miniscule support. Though the official launch of Bitcoin Gold will probably have some effect on the markets, it more than likely won’t be anything as drastic as with SegWit2X.

The Commission of European Union has revealed a new contest hosted by the super-state, concerning the development of new blockchain applications for the public sector. To boost interest in the competition and blockchain, European Commission is offering monetary prices up to 5 million euros to winning participants.

According to details about the contest “Blockchains for Social Good” the winning entries must have a clear, beneficial social impact and be both decentralized and transparent.

Anyone whether a natural or a legal person can apply to the competition regardless of their nationality. Contest entrants should be submitted by mid-2019 and the winning entries will be announced in the beginning of 2020.

European Union has demonstrated a wide interest in blockchain technologies in the past. For an example EU has invested more than 5 million euros in blockchain startups that develop technologies suitable for public use. If implemented properly, blockchain could bring new transparency and control to problems ranging from tax-evasion to political corruption.

A Finnish author who has been writing about cryptocurrencies for over eight years.
0 Comments
Inline Feedbacks
View all comments
PrevPreviousAnnouncement regarding Segwit2X hard fork
NextWeekly News 45 / 2017 : Volatile Week Leads to New HighsNext
Sign up