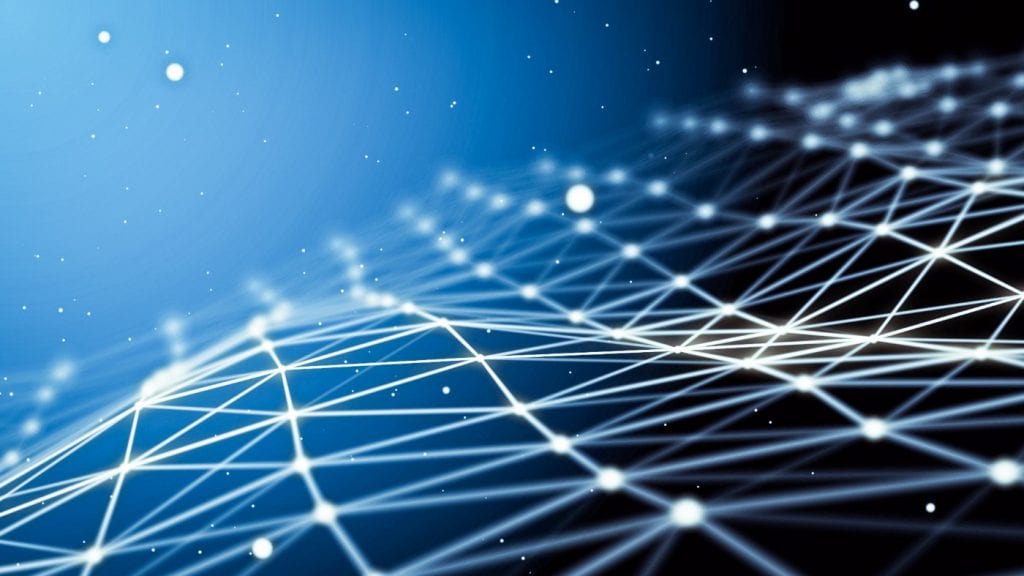 In this article, we give an overview of how we can understand Metcalfe’s Law and the Bitcoin value better. Bitcoin investors can understand this new asset class better when they learn more about BTC value.

Metcalfe’s Law was originally presented in 1980 by Robert Metcalfe, describing “compatible communicating devices”. The theory was later refined in 1993 by George Gilder, referring to Ethernet. In its basic form, Metcalfe’s Law states that the value of a telecommunications network is proportional to the square of the number of connected users of the system (n²), or n(n − 1)/2, where n equals the number of nodes. The formula n(n − 1)/2 is proportional to n² asymptotically. 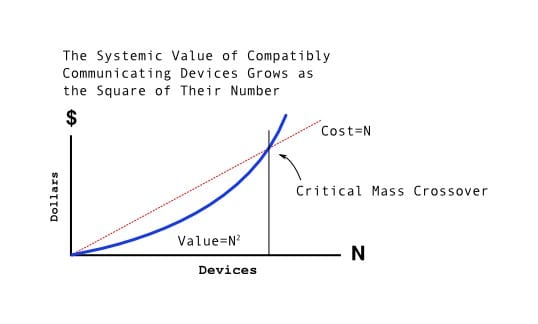 Metcalfe’s Law has been successfully used for evaluating the valuation of FAANG technology-related stocks and internet usage in general. Metcalfe’s Law can be divided into original and generalized formulas:

As mentioned above, Metcalfe’s Law states that the value of a network is proportional to the square of the number of participants in the network. The following chart exploits a variant of the law with BTCUSD divided by n log n of the number of unspent transaction outputs (UTXO). Values are also scaled by 106. 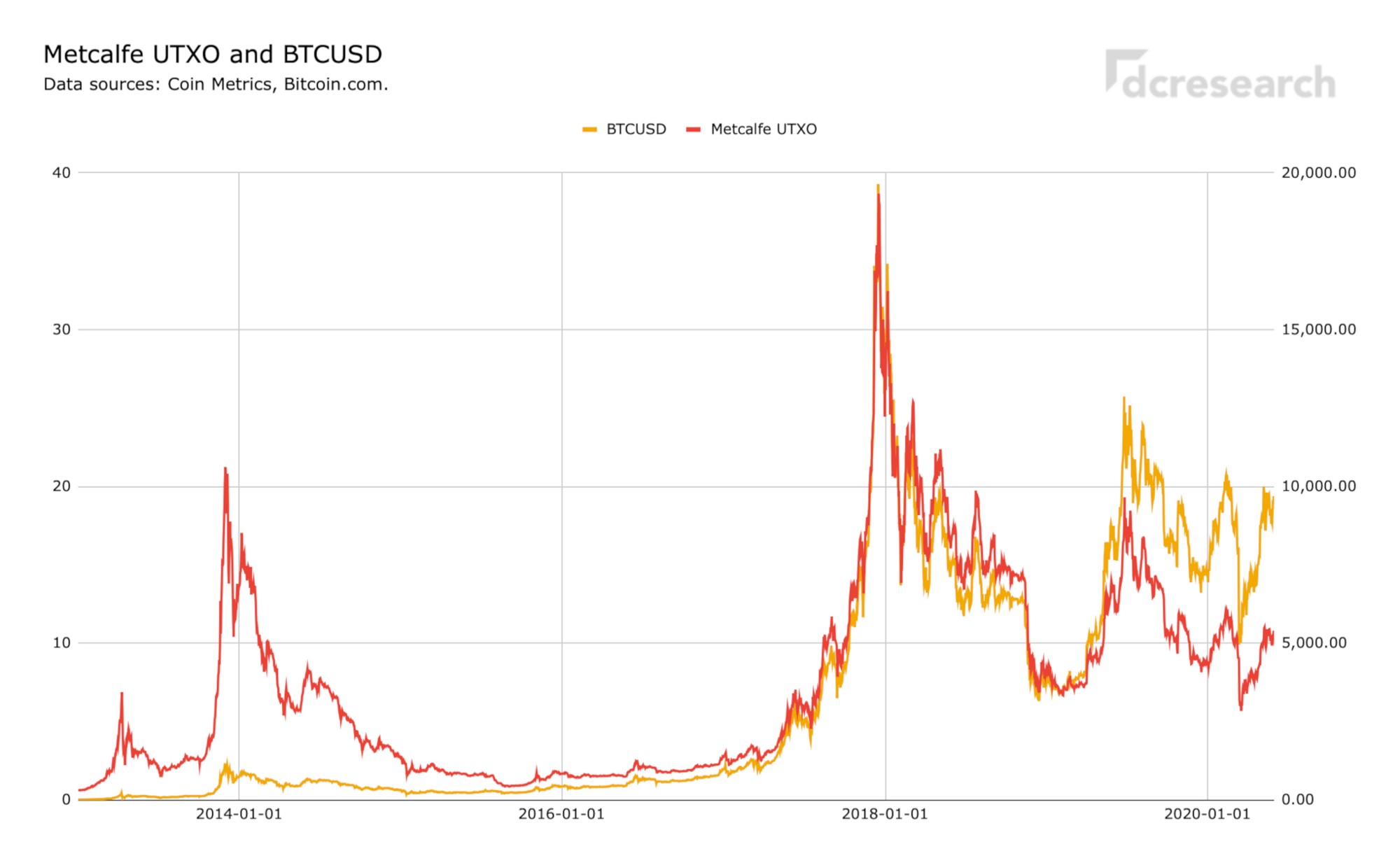 Metcalfe UTXO indicates a close correlation between BTCUSD and network value during the 2017 retail-based rally. However, during 2014 upstream, the indicator was decoupled from BTCUSD and thus significantly higher compared with price. During 2019–2020 Metcalfe UTXO would indicate BTCUSD being somewhat overpriced, however, the two have been more correlated towards 2020.

The following chart mirrors the Metcalfe Ratio, the number of active addresses of the network (squared n²), and bitcoin’s price (BTCUSD). 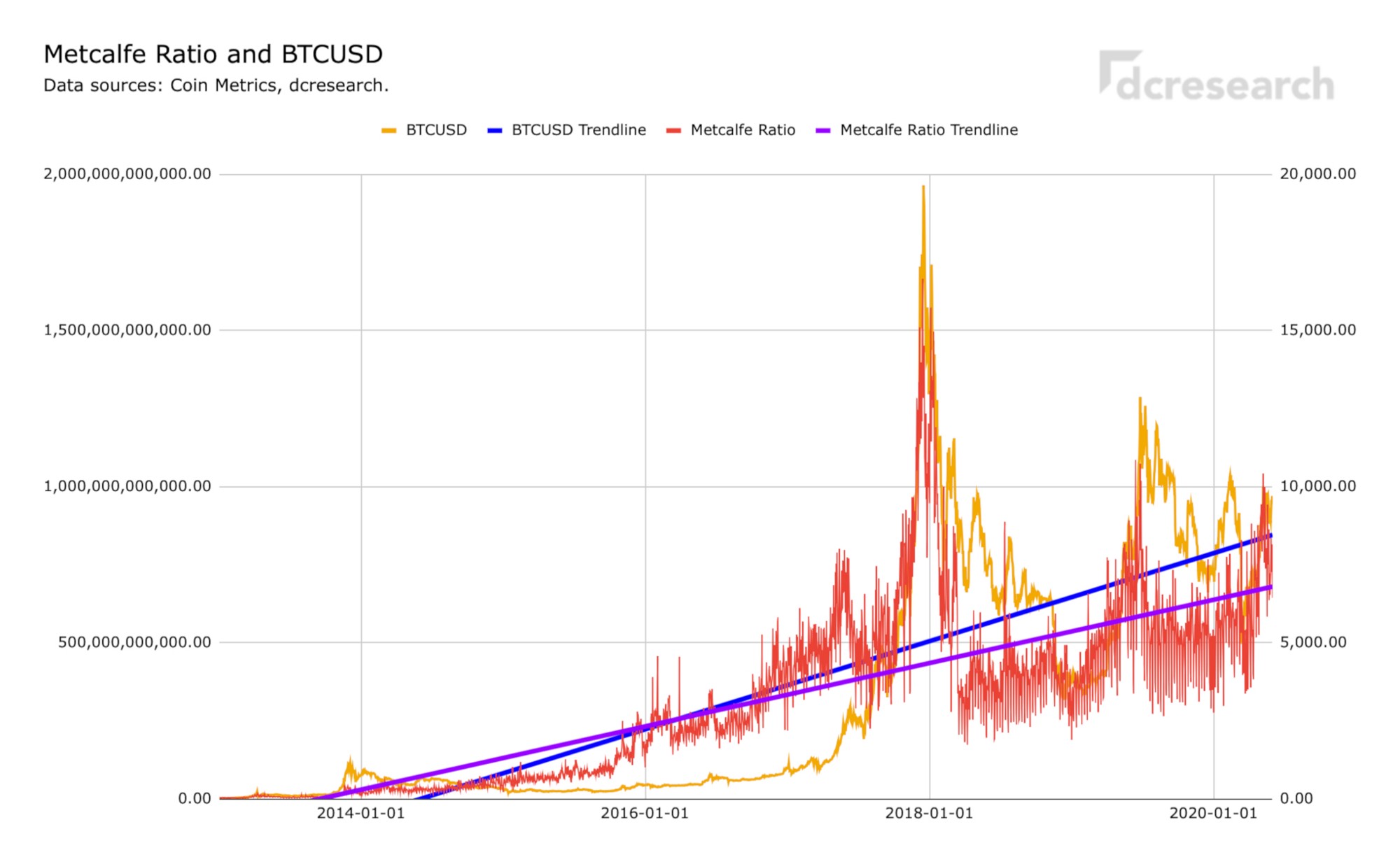 Metcalfe Ratio shows both indicators rising in close correlation, Metcalfe Ratio is statistically more correlated with bitcoin’s price than Metcalfe UTXO. We should especially focus on the recent rise of Metcalfe Ratio into mid-2019 levels and beyond, BTCUSD will likely follow shortly.

Network Value to Transactions Ratio (NVT) is a famous metric for potentially identifying when the USD price of a digital asset has exceeded or fallen below the value suggested by its underlying daily USD transaction volume. Bitcoin’s NVT is calculated by dividing the Network Value (market cap) by the daily USD volume transmitted through the blockchain. 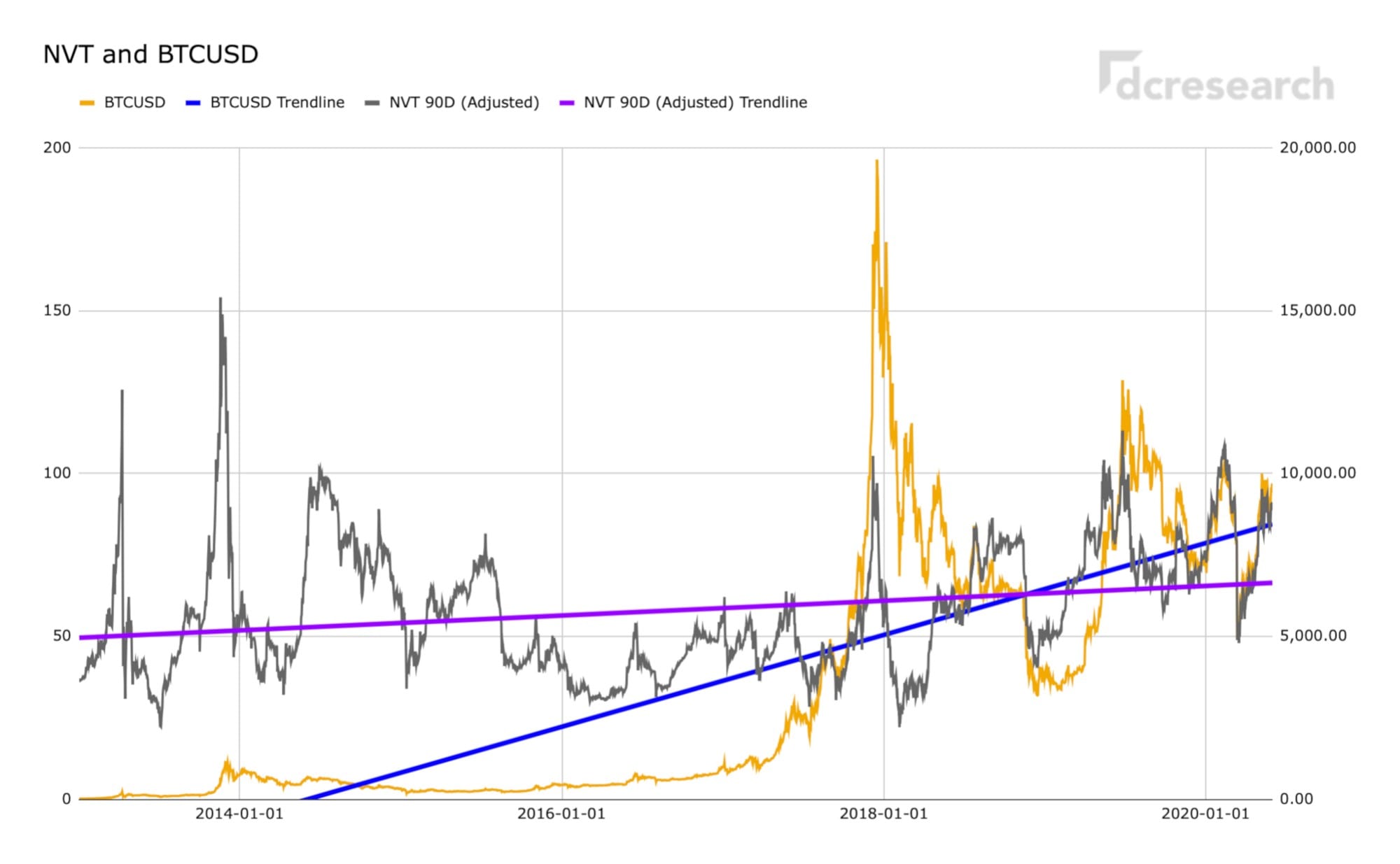 NVT and BTCUSD are extremely closely correlated over 2020 YTD, indicating “fair price” for bitcoin. Looking back, BTCUSD and NVT were heavily decoupled during the 2017 and mid-2019 rallies. We should remember that NVT is limited by the difficulty of calculating on-chain USD transaction volumes and different approaches at calculating NVT’s denominator can lead to slightly different conclusions.